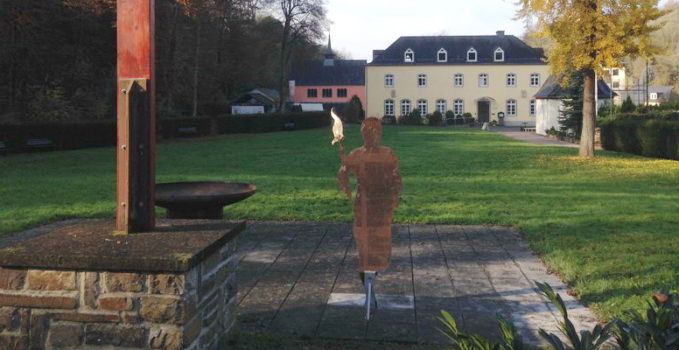 “Take our love, our loyalty, our yes. For Schoenstatt’s new 100 years. This is what this torch represents”. This was heard during the celebration of the Jubilee 2014’s Vigil in the large pilgrims’ arena. The torch, which the youths brought from Italy that lit pilgrims’ candles and the fire in the large fountain, became the symbol of that night and of new beginnings. Primarily, it is a promise: whoever lit his/her candle took the torch, or in the shrine, promised “Blessed Mother, here I am,” now looks back gratefully to the history, but does not stop there, instead they take the next step toward the future.

The silhouette of the runner and the large Jubilee fountain of fire are now in front of the cross in Pilgrims’ Square at the Original Shrine. Both elements represent this beginning…and much more. 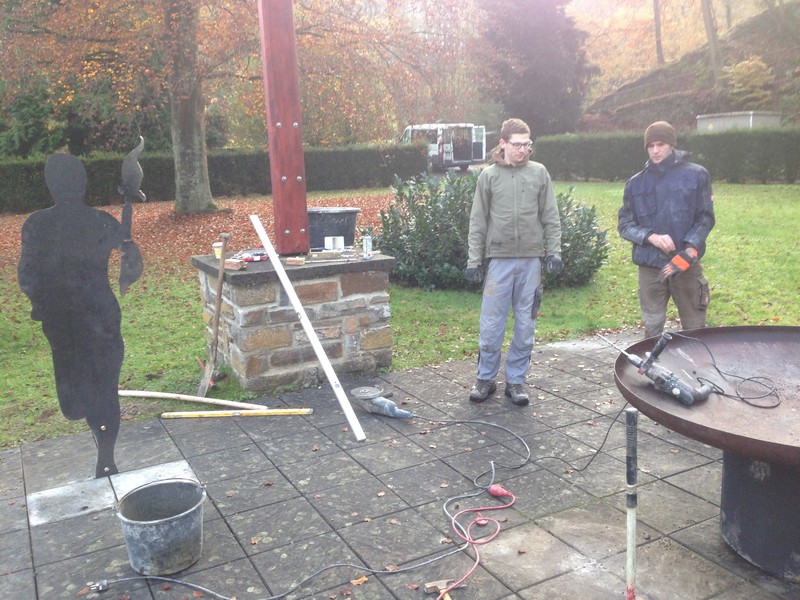 Parallels with Rome: an exchange between Shrines

The silhouette of the runner is the outline of a figure that the first torch race’s youths, placed in Belmonte in 2009. “Shine your light,” and take the message you have received to the heart of the Church: this spiritual guiding thread motivated youths at that time. The outline or the figure of the runner was cut from a piece of steel; it was present on the stage for the opening of the Jubilee Year in October 2013, and it symbolized the beginning toward the 100 year Jubilee. Just like the Jubilee in Rome and in Schoenstatt had their two main places, their two poles, the same figure from the same material, but with a different orientation can now be found in both places.  In Schoenstatt: “Towards the shrine!” in Rome: “Reaching out toward the world!” 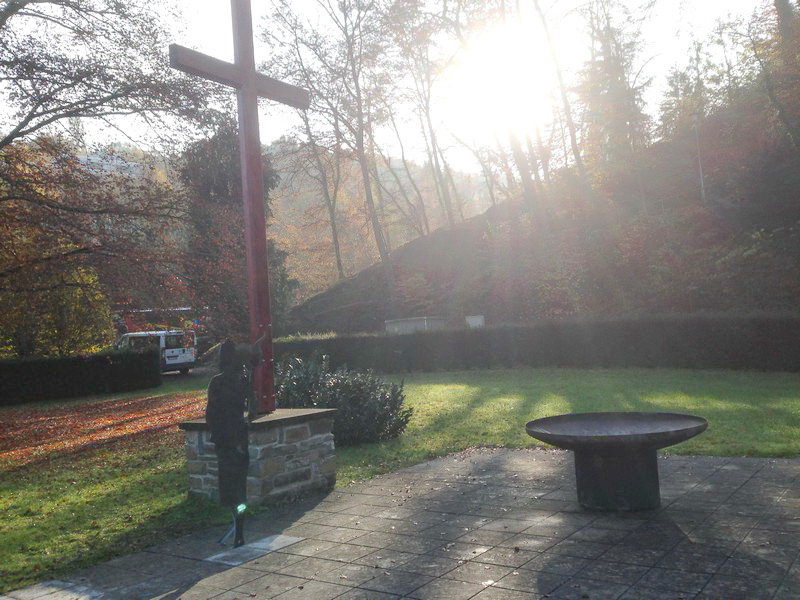 Reaching out: a continual task

For this to happen, for this change to take place in each one of us, and for that matter also in our surroundings, an “always anew” is needed. To always depart anew, to always light the fire anew, to always seek encounters anew.  When this sign of reaching out, the figure of the runner with the torch and the source of fire, is lighted once again in the coming months, it will remind us to be witnesses and it will exhort us to reach out.

Take our love, our loyalty, our yes. For Schoenstatt’s new 100 years– that is what this torch represents! 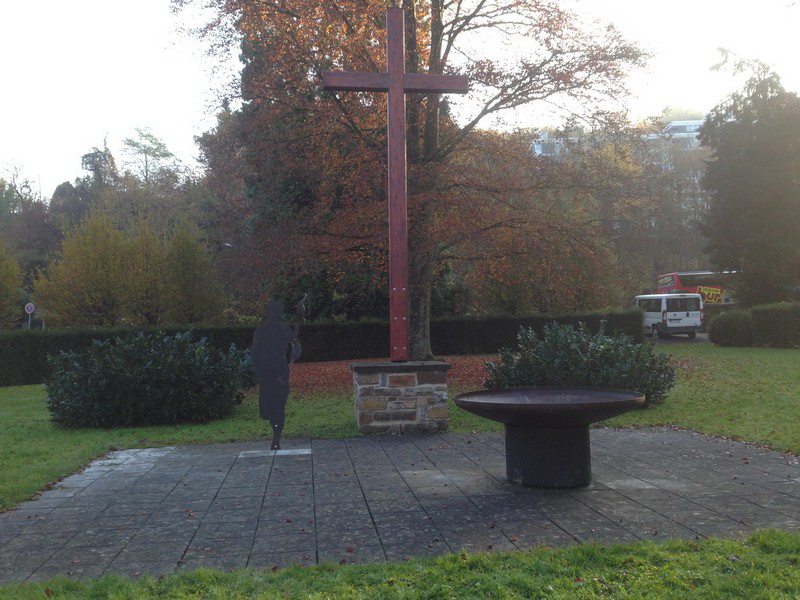