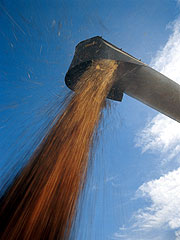 The Soya Campaign is a Schoenstatt initiative that aims to create a cultural change by feeding families that find it difficult to sustain their livelihood.

The Soya Solidarity Campaign not only aims to provide food to the hungry but also teaches people to cook, eat a healthy variety of foods, to meet as a family by connecting its members to Mary the Educator around the family table. In Argentina, once known as the “bread basket of the world” and currently holding “harvest record,” thousands of men and women don’t have the economic means to secure their daily needs. Specialists estimate that one in five children in Argentina suffer from malnutrition.

Founded in 2002 during Argentina’s economic crisis, by Jorge Simmermacher, his wife Patricia, Martin Poli and Santiago Zervino, the aim of the Soya Campaign is to donate soya, draw more producers to the solidarity initiative by donating part of their harvest and bringing the MTA with them as if it were a new Visitation so that the poor are fed body and soul. The mission of the Soya Campaign, which has brought together many Pilgrim Mother Campaign missionaries from all across Argentina, aims to promote food security and convince those who cook to create a homely atmosphere. “We try to ensure that pregnant women incorporate 200 grams of soya into their daily diet while children receive about 50 grams daily so as to cover their protein needs,” they commented. Without a doubt, the mission goes a long way in fighting malnutrition.

Around the family table

“Many families have become used to gathering in the dining room to eat,” they tell us. “We want to show them the value of eating as a family, around the family table.

It aims give new value to a woman’s main mission, to become the heart of each home like Mary who is the heart of family life, centered on values and service. In reality, the Soya Campaign incorporates about 10,000 people, both male and female: 70% consists of children of school going age from 3 to 15 years, 20% are pregnant women and old people and 10% are housewives lacking in financial resources. It operates in San Luis, Mendonza, Salta, Tucumán, Córdoba, La Rioja, Catamarca, Corrientes, Rawson, Mar del Plata, Buenos Aires and Chaco.

How does the Soya Campaign work? 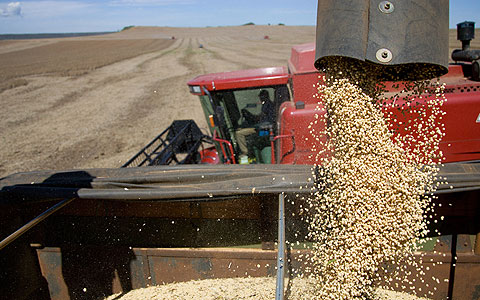 The Soya Campaign was developed by a determined group of Schoenstatters in various parts of the country who are responsibile for the campaign.

The soya, which has previously been cleaned and separated, is not distributed as is but includes a program to teach mothers – who have been invited to join the project – how to use it. The task of the group responsible for the initiative is to determine who is the most needy and invite them to learn.

The Buenos Aires commission offers instructors who give lessons on how to process the soya, unless there are people in the place who already know how to do it. There is a certain ‘spiritual’ element to this effort (welcoming, trust, community…) to ensure that it becomes something Marian in promoting human values. With the collaboration of some Schoenstatt families, about 10,000kg have been packaged in 1kg bags and these were then distributed in 20 Schoenstatt Family branches that have registered to participate in the Campaign. These are then distributed on trucks that often charge a lower fee. 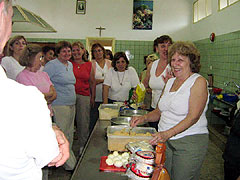 Eva García is an instructor is based in a company where she trains local instructors. This includes a brief catechetical session highlighting Mary’s role. She is seen as an ally and this work is entrusted to her by saying a prayer at the start of the session. The instructors are also taught how to cook and practice by preparing juices and soya milk for community cafeterias, schools or personal use. They then distribute the processed soya.

The training course lasts two days. Soya is provided regularly, the local instructors process at the meeting place and processed soya is distributed to housewives so that they can prepare varied dishes that are both cheap and high in protein for community, school or company kitchens. In this way, mothers’ groups form where they share the work and, through prayer, experience the graces of the shrine that Mary gives us for the glory of her Son. 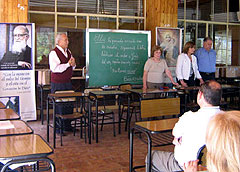 In some places formation meetings are held: a trained instructor (generally a Pilgrim Mother Campaign missionary, a member of the Mother’s branch, or any other available person) meets with a group of pregnant or children, distributes the soya supplies they will need for a week, teaching them how to prepare the soya, pray the rosary or discuss a spiritual topic. They are then instructed to communicate what they have learnt to their families.

“We want to show our more needy brothers how to feed their bodies and souls. It is not only about distributing soya throughout the country, but also to educate people so that they can learn how to use a cheap resource of excellent quality while at the same time meeting God and the Schoenstatt Family. It aims to help them attain improved quality of life for themselves and to share their work and prayer like a real family,” summarised Santiago J. Zervino, one of the founders and promoters of the initiative.