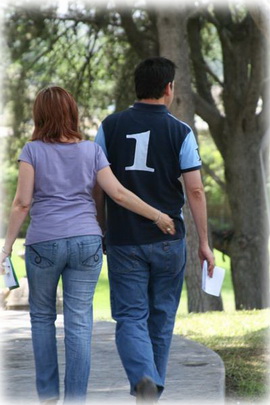 From its beginning, Schoenstatt Marriage Strengthening seeks a reencounter in the marriages.  During a weekend – from Friday afternoon until after lunch on Sunday – all elements come together so that couples who attend (approximately 25) can again become aware of the history they have shared and of the qualities of their spouse which enamored them.

Among the many activities which take place on the weekend – accompanied by a priest and a Sister – several volunteer couples share the reality of their lives, experiences, joys and sorrows.  Paty de Silveyra comments:  “ I remember each topic, each presenter, because I was impressed by the form in which those couples shared the intimate things of their relationship, problems and solutions…..especially with couples they did not know.  That charity impacted me from the beginning and still does!”

Rediscover the treasure you have in your marriage!

Why attend Marriage Strengthening if we are OK?  This is a question which several couples who attend this workshop ask of themselves.  The answer becomes clear at the conclusion of the event.  “I rediscovered the treasure I have in my marriage,” said one of the persons attending.  Certainly, renewal is a recurring topic during the weekend and the couples discover anew aspects of themselves, their spouse and their marriage which they had forgotten in the daily, boring routine of everyday  life.

“Where are those qualities in my boyfriend or girlfriend which enamored me?  Where is that dream of leaving everything and uniting to form a family?  Where is that ‘I’ of long ago, in love and decided?”

Rarely does  the privilege exist of being with the husband or wife for a weekend…..the two alone….. without distractions…..with the intention of sharing, reflecting and refreshing their marriage.  The environment for the place of encounter plays an important role.

As one would suppose, the idea of spending a weekend away from the television set and the thousands of distractions of our daily life does not overly enthuse some persons, especially husbands!  As Paty continues telling us:  “Salvador complained the entire way…..why did he have to go…..the job…..that if we got along well why did we need this time…..and I was very silent.  When we arrived, I thought ‘finally!’  Before the completion of the first two topics ,  Salvador was completely mellowed.  He said:  ‘If with these two topics I have seen great things, I already want to see tomorrow’s.  Incredible!  Only God and the Blessed Mother can do that, right?”

I see God and Blessed Mother in my wife 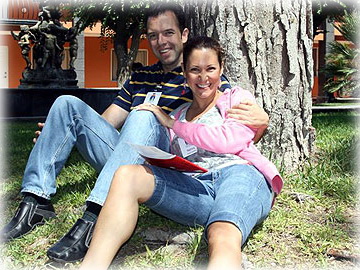 Knowing that Jesus was present on the day of the marriage and is now always present, committed to each couple, makes the participants aware of the tremendous strength of the sacramental union.

In Mexico, Schoenstatt Marriage Strengthening takes place in Monterrey, Querétaro, Guadalajara, and San Luis Potosí and has been internationally “exported” to Costa Rica and Italy.

It has also been implemented  in Paraguay where panelists from Mexico attended.  The Family from Portugal has also joined in this current and several couples have traveled to Italy to participate and then be able to implement the program in their country. Recently, Marriage Strengthening was launched in Argentina, Germany, and USA. The launch in Spain is scheduled. 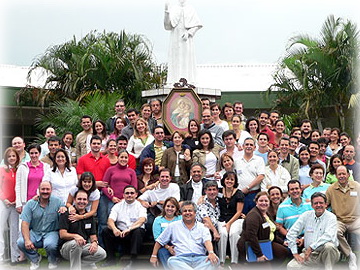 In Mexico, the Marriage Strengthening weekends are now a kind of tradition which dates back to more than 15 years ago.  The tasks of preparation and execution of the event are fulfilled in a holistic way by a numerous group of volunteer Schoenstatt couples under the spiritual tutelage of a Schoenstatt Father and a Schoenstatt Sister of Mary.

During the Marriage Strengthening weekend, there is a loving and accepting environment.  The “amateur” spontaneity provided by the team of couples who collaborate in the Marriage Enrichment weekend, combined with the meticulous preparation and programming of activities, leaves a profound impression on the participants.

“It has been a privilege for our marriage to have participated for several years in the Marriage Strengthening weekends.  We have received many blessings and in addition we have learned more than what we have been able to give,” commented Rodrigo and Mayté, a volunteer couple.