Schools where Kentenich pedagogy is applied 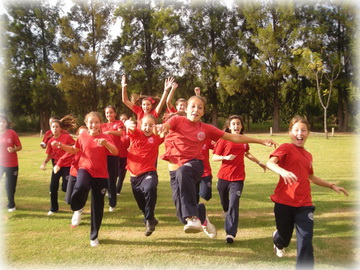 Schoenstatt Education Centers have always developed their own character, renowned and recognizable – at  the service of the Church and community – thanks  to the psychological depth of the pedagogy on which they are founded.  It is pedagogy based on the skillful teaching of its founder, a German Catholic priest, Father Joseph Kentenich (1885-1968).

Based on an immense love for the Virgin Mary and gifted with a very personalized charisma and a profound vision of the future, he sowed the seeds – throughout his life – with a fine pedagogical instinct, a psycho-pedagogical-organic conception of man who, later, would be translated into education for love through confidence, freedom, attachments and ideals, capable of leading that man to a Covenant with God through Mary and to a creative union with others and their surroundings.

Facing the atrophy of today’s man’s capacity to love – due  to the separation of faith and life – Father  Joseph Kentenich recommended the experience of a new dignity for each man and woman, fruit of the awareness of feeling loved and called to existence by a God who is love.

It is in this context where his pedagogy becomes a means for developing in an integral way the students who – in this form – will be able to become free and autonomous men and women, capable of acting in society in solidarity, responsibly and with professional strictness, and above all, with love.

This is pedagogy which is based on respect for the unique and original being of each student and his/her processes of growth.  He develops fully all areas of his/her personality (intellectual, affective – voluntary, physical, social, artistic and spiritual).  The educational environment, which should distinguish itself by the spirit of family, the climate of joy, the capacity for feeling sheltered and having dialog, will awaken the motivational strengths of the student, fostering creativity and responsibility for work well done.

This is pedagogy which is conducive for the relationships of students – among themselves, with their teachers, with their surroundings and with the God of life – establishing healthy and profound attachments which will be the basis for the harmonic development of the person.  The attitudes which come forth from these attachments will awaken in the student the desire for achieving the highest values and will indicate the vision he/she will have of society and the world.

This is the pedagogy which coming from the dignity of each human being, develops in him his ability to decide for love, goodness, truth, beauty and his commitment for bringing them to fruition.

Pedagogy of the ideal

This is the pedagogy which – stemming from the profound desires of the student and of his/her interest perspectives – is led to achieve the highest ideals.  The pedagogy of the ideal is directed to the capacity which the human being has to intervene responsibly in his/her community, contributing the best of himself/herself and realizing fully the project of his/her own human and Christian vocation.

The systematization of these four pedagogical central ideas describe a vital process of the aspects of the whole.  Upon describing it, we distinguish – for a better analysis and understanding – realities which vitally come forth interlaced and which complete themselves.

In this “Virtual tent of the Covenant Culture” in the area of pedagogy, we present, in the course of time, some  Schools where the Kentenich pedagogy is applied.

If you know a school where the Kentenich pedagogy is applied and which has not been named, we invite you to send the name and information so that it can be published in the “virtual marquees.”