JQM (Youth That Moves, Juventud que se Mueve in Spanish) consists of a group of young people who belong to the Apostolic Schoenstatt Movement in Tucumán, Argentina.  It is completely non-partisan and independent and was founded in 2008 as a response to the country’s social reality.  These are young people who decided to strive to increase civic awareness.

JQM presents very interesting social projects that capture the meaning of true life in the covenant that is actively at the service of others.  These projects include:

“Your Profession in Action” 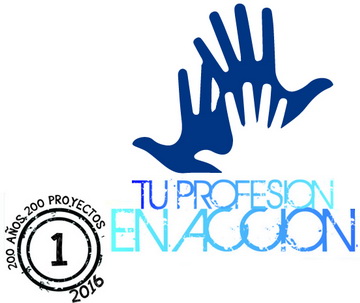 “Your profession in action” is a project aimed at young professionals who make their professional skills available to the poor.  They aim to find practical solutions for the needs of the poorest suburbs in the following eight areas: architecture, medicine, law, economics, logistics, dentistry, agriculture and education.

Aims of the Project

This project has had results in all eight areas.  For example, young people in Cruz Alta used their skills to assist a poor neighbourhood to build additional floors and a new space to expand a cafeteria.

They offered medical assistance to the residents, providing both medical examinations and health education workshops.  They also donated medicines.

Other young professionals provided legal assistance to increase knowledge of public projects and subsidies, as well as provide assistance with paper work to set up feeding schemes.  Several issues that required more specialized attention were sent to the public rights commission and the defense institute free of charge.

Together with the residents, young professionals planted three vegetable gardens in the neighbourhood and another one to supply the refectory, which has been well frequented and, thus, resulting in excellent profits.  On the outskirts of the area they planted trees.  These neighbourhood projects were completed over two years. 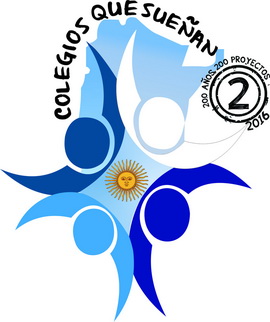 This is a motivational, educational project for students in the second year of high school in Tucumán, Argentina.

A month after the congress, the schools present — through their mentors (a JQM representative who accompanies them on the project) — a four-minute video showing the project and its implementation.  A panel then votes for the winning project that displays the greatest social awareness.

A week after the vote all the schools come together for a closing ceremony where all the projects are presented and the panel hands out comments and awards.

This project has been going for several years.  It takes place in September when young people in Argentina dress up and paint themselves in the national colours to clean the main streets and roads.  This is a different way of celebrating spring, and the youth show the kind of country they desire: a nation that is clean in every sense, that displays a sense of brotherhood, and civic engagement. 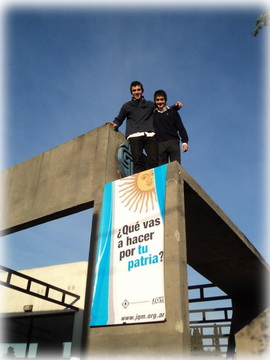 In addition to these permanent projects, many other projects have emerged from among these courageous young people who provide answers for the various issues they face as a nation.  They worked hard on an awareness campaign during the presidential elections in their country and set up various social projects for Argentina’s bi-centennial celebrations.  These small actions all generate a positive change in society.  This is what they have been doing and encourage many other young people to unite their efforts to build a nation that also has the warmth of home.

Looking towards the bi-centennial celebration of the Declaration of Independence (2016), JQM launched the campaign entitled “200 years, 200 projects.”  Its aim is to encourage other young people to become aware that every Argentinean citizen is responsible for nation-building.  Every contribution counts.  If you don’t do something, no one else will do it for you.

On 9 July 2016, they want to bring together the 200 projects that have been created with the aim of generating a positive change in society.  In this way, they become involved as Argentineans by making their contribution towards the construction of the nation.

Translated from the Spanish by Sarah-Leah Pimentel, South Africa