Mercy House, An Apostolic Project from Schoenstatt for Africa’s Refugees 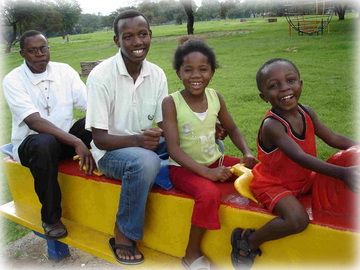 It is not only birds that migrate, from cold seasons to countries where there is warmth, animals too migrate, especially in Africa, to find water and food in seasons of drought. Human beings have migrated from time immemorial.

Even the chosen people, when there was famine in their land, went to Egypt to look for food and survival. Mary and Joseph took the Child to Egypt when His life was threatened. Thiose who live in Africa are proud to acknowledge the fact that the Holy Family were refugees in Africa. Fleeing from life-threatening situations for purposes of survival is therefore nothing new.

Pope Francis at Lampedusa: But I would like us to ask a third question: ‘Has any one of us wept because of this situation and others like it?’ Has any one of us grieved for the death of these brothers and sisters? 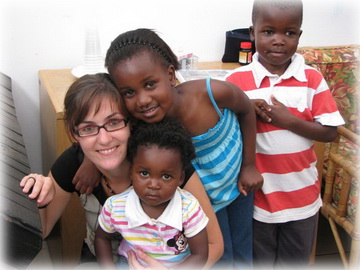 There are millions of people all over the world today in the refugee situation. Africa has a huge number of refugees who because of tremendous political instability, political persecution and wars, and corrupt leadership have to leave their respective homelands. 1994 saw the sudden influx of huge numbers of refugees fleeing into South Africa, on account of the genocide in the Great Lakes region. This sparked a war which spread to many surrounding countries and continues, particularly in the DRC, even today. There is also war in Sudan and many other countries in Africa. One’s heart bleeds for the children, who so often are left orphans and for the older children who are forced into child-soldiery. 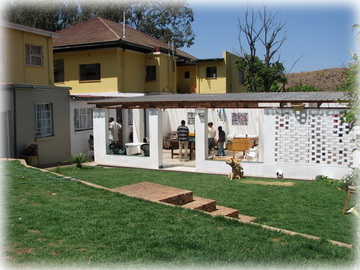 It was to cater for this immense human need for compassion and healing that Mercy House was born. It is a home in Bez Valley, Johannesburg, South Africa, for young refugees, many of whom are orphans, from the war–torn countries in central and North Africa. The Mercy House work was started exactly at the time of the genocide in Rwanda, and has for 20 years been helping young people who have been victims of the wars they did not create or wish for.

Apart from psychological healing, they need education so that they can stand on their feet in life. This means schooling and tertiary education. So far, Mercy House has, amongst other things, assisted two young men to qualify as medical doctors, two to qualify as accountants, six as engineer graduates, eight have obtained a bachelor of education degree, two are fully qualified nurses and four are assistant nurses, not to mention assisting countless children and young people with schooling. More importantly, it has helped its young residents to find stability, to heal and especially to experience family warmth and support. “Love changes everything” is our motto, and there is nothing in the world that heals and transforms as much as love. 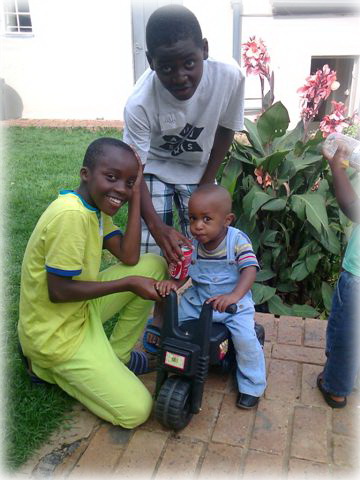 Everyone who works at Mercy House is a volunteer. There are even had young volunteers from Germany, Poland, Ireland, England, Italy and the United States. The house was started by a Schoenstatt member and the Mothers’ Union have played a big part in supporting the project. A Schoenstatt Family group was initially started there. Then there was a young men’s group. These initiatives have resulted in one of the mothers joining the Mothers Union, and four of the young men have made their consecration to Our Lady, one of whom will be attending the 2014 Celebrations in Schoenstatt and Rome. Every Saturday morning as many as can fit into the transport attend the weekly Mass in the shrine. A large picture of Our Lady of Schoenstatt, donated by the Mothers’ Union, dominates the lounge and smaller images are found elsewhere in the house.

Remarkably, one of the young men who made his consecration in the shrine, died in 2012. His father came down from the DRC to attend to his son’s possessions, and stayed at Mercy House, therefore also went to the shrine. He was so totally bowled over by the sacredness of the place that he went back to the DRC in December 2012 with a Pilgrim Mother image, to start the movement there, with huge success to date. So in fact, the consecration and subsequent death of our young man from Mercy House on June 5th 2012, gave life to the Movement in the DRC. Truly a remarkable proof of the fruitfulness of the Covenant of Love, a realization of the words of our Hymn of the Home: “and granting endless, endless fruitfulness.”

A photo and words of Anja Thanheiser, a member of the Schoenstatt Movement in Germany, who is pictured below with Moise, our Rwandese orphan, may serve as a testimony. She has already been out to South Africa twice, specifically and solely to do volunteer work at Mercy House. 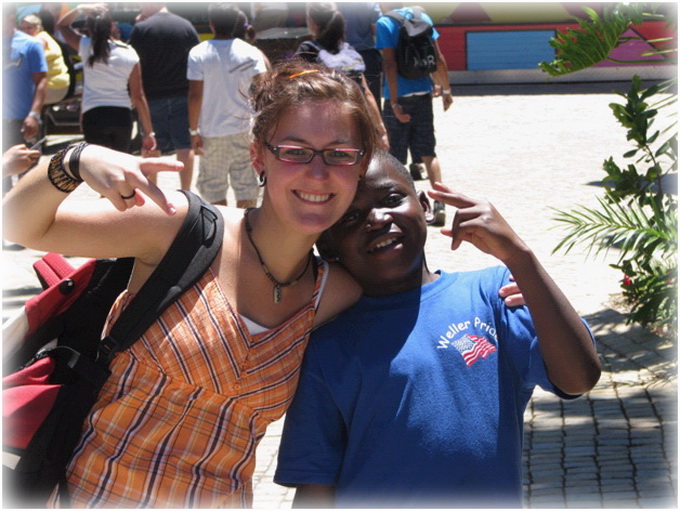 “Mercy House was the best thing that could ever have happened to me and I can really say that it changed my life in many ways! I met many wonderful people whose lives could not be more different from mine and from whom I learned a lot about friendship, faith and life… I am deeply grateful for every single experience and know that it was not my last visit to South Africa… The Mercy House people will always remain an important part of my life!”

The Mercy work has been greatly blessed and will most certainly continue. It is the work of Our Lady and hence, the fruitfulness is endless.