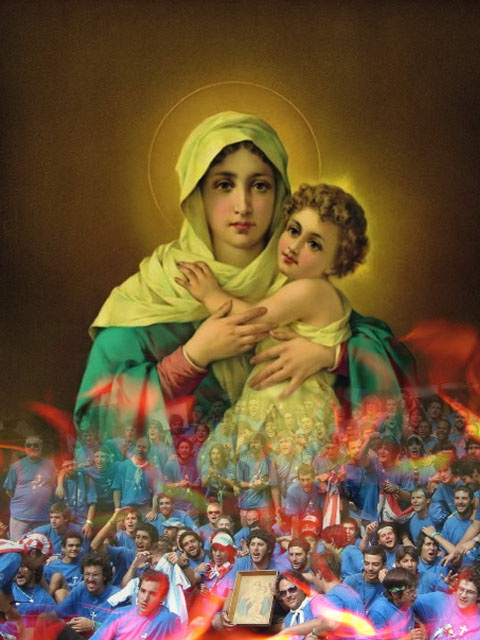 Schoenstatt`s founding generation  was a group
of young men  and Fr. Kentenich  who was himself  only 28 years  old on 18 October 1914.

He believed in the powerful and creative dynamism of youth to drive Schoenstatt’s growth facingthe challenges of their time.

The youth are our future. Despite their youth, this generation already takes on present and future responsibilities, by collaborating effectively to create a new social order and contributing towards world leadership in the areas of politics, religion and society. However, this phase of their lives is also characterised by many changes and places many challenges on young people.

The Schoenstatt Apostolic Movement accompanies and guides young people to face these challenges in a positive way. It offers them support, guidance, social networks, areas of creative action, a living spirituality and a world of attachments. Young people discover and develop their own potential by carrying out their activities autonomously. They use their physical, intellectual and spiritual strength to plan projects geared towards improving their environment and then making these reality. This responsibility, fortified through social networking, forges civic commitment and stimulates faith, the values they will use to build society in the future.

Throughout the world, the Schoenstatt youth organizes retreats and campouts, forges international friendships, celebrates religious feast days, participates in walks and pilgrimages, commits to political and social works, organises fundraisers to finance social and missionary projects and becomes involved in the activities of their local church.

The missions are, at a global level, a very strong and growing current among the Schoenstatt Youth. For seven to ten days, the youth visit a community or parish which is normally located far from the cities. Here they live simply and share an intense life of prayer and personal experiences of faith as they go on a door-to-door mission with the Pilgrim Mother and practically help those who need it most with their full trust in the Blessed Mother who accompanies them and who helps them open homes and hearts to Christ.

The concept of the missions was introduced by Fr. Hernán Alessandri from Chile. The Schoenstatt Youth in Argentina and Paraguay developed a model that today allows thousands of youth from Latin America, Spain, Portugal, and Germany to truly live out what it means to be a missionary for Christ, something that leaves a deep mark, both in the communities that receive the missions as well as the youth themselves.

A different version of the missions is that undertaken by the Latin American youth, in particular, to far-off countries to support the foundation and development of the Schoenstatt Youth in countries such as Nigeria, Burundi, Italy, Cuba, Portugal, Spain and the United States.