On our way to the Covenant centenary! 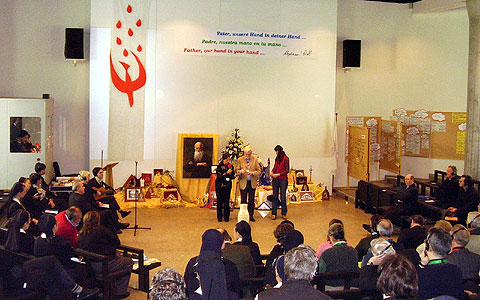 A whiff of 2014 was in the air the entire week in Schoenstatt – or a whiff of 2014: a spirit of optimism, enthusiasm, community, a radical approach – with everything being centred on what is really important: the Covenant of Love, the Shrine, Father Kentenich and his charisma. Our oldest possession is our most valuable answer for the future… 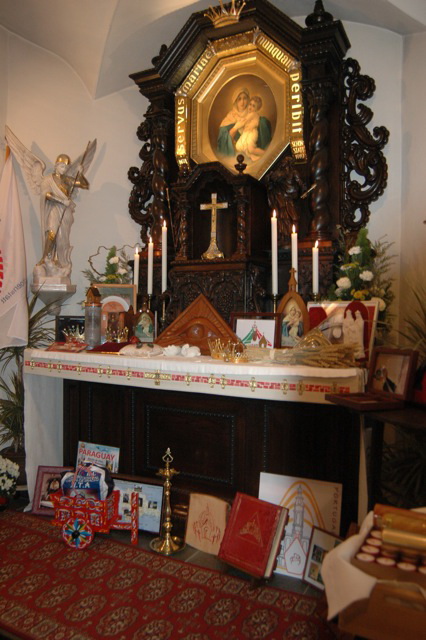 The 2014 Conference marked the start of the common path for the entire Schoenstatt Family throughout the world as it heads towards the centenary celebration of its founding, towards the Covenant centenary on 18 October 2014, and the 2014 message is its common programme.

“It should be a planning conference that is what it was called. At the same time it was a cenacle hour, where you could rely on the Holy Spirit to guide you and just let yourself be open for the Spirit and enthused by Him. No-one wanted their own personal ideas to come to the fore and plan their own individual ideas. We wanted to return to the source and from that source grasp how we should move on into the future. We wanted to get the feel for the early Church and how they experienced a new beginning.”

“I believe that Conference 2014 can be the beginning of a new era in the development of our Movement….

Conference 2014 indicated a guideline on how to fulfil the projects: the internal dynamism of the conference was centred on a movement of interaction: we brought out the best of each other, listening to the Spirit to become again enthused by that which we already had within us and which is the source of our life. In short: We all fell in love again with our charism.”

Together, the delegates also discovered the various fields where Schoenstatt is active and should be active from the covenant of love, so that this does not just remain a message but becomes a form of life, taking on structure, which continuously renews its form and application appropriate to the times.

The Conference unanimously found that we share currents of life globally:

where the first two elements have always belonged to the Family and will continue to do so, while the last two are something new emerging as a powerful voice from the life of the conference.

Conference 2014 worked out the following points from a process of life:

Now it is evident how and where we shall celebrate the centenary of our covenant of love: 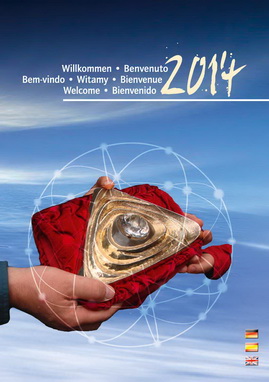 This is the meaning of the 31st of May: the Father’s Family follows the prophet. And it follows him with great inner joy and enthusiasm, overwhelmed by a current that simply takes them in its wake…

What happened in this cenacle – united internationally, as world-wide missionaries and once again enflamed by the covenant of love at an international level – should continue to move the entire Schoenstatt Family.

Passionate, enthusiastic and motivated to bring many to the Mother Shrine on 18 October 2014.

And then on to Rome!

This is how the delegates returned to their countries….

And in the same way, the Father Symbol, a gift from Fr. Kentenich began its worldwide pilgrimage…

On our way to the Covenant centenary!

This text is taken from the video made describing the effects of the 2014 Conference.