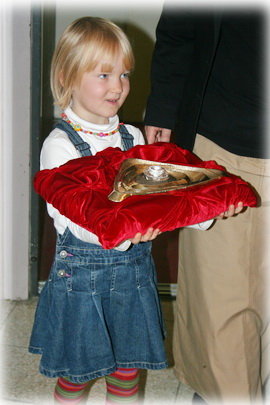 On October 18, 2010, the opening of the Triennium was celebrated; the first year is the Father Current.

The life currents are not programs, or packages of study material, or acts, or conferences. They are not about having a couple of intentions in a local Family or a couple of wishes.

There are life currents when persons are moved by what they do. The currents begin in individuals who do something or experience something with their whole heart. They are on fire for them. Currents emerge where persons light a fire for something, when they are interiorly moved by them and become their bearers. This can happen in a group, in a local Family and also in an international Family.

Currents have bearers. When we work with currents we should have the courage to name the bearers and place them in the center. Life currents are essentially embodied by personalities who are imbued by them. For this reason, there now exists on this webpage a new tab My Schoenstatt

With elements of a talk by Fr. Heinrich Walter at Conference 2014

Conference 2014 confirmed that the international Schoenstatt Family is in force: the Father Current, the Shrine current, the missionary current and a current which is emerging and which perhaps cannot be better described as a current of unity or of attachment.

The inner dynamism of the years in preparation is marked by these currents which Conference 2014 confirmed in the international Schoenstatt Family. They are currents which motivate the life of our Family at the present time. At the same time, we discover – with great joy and surprise – a parallel to the years previous to and surrounding October 18, 1914.

The first year of the Triennium is the year of the Father Current. This current refers to the person and charisma of Father Kentenich and it is the living relationship with him becoming a current. It is a relationship which motivates, from within, to live with him and like him and to work like him for the building up of Schoenstatt.

Schoenstatt began with a “Father Current” : the founding generation emerged around Father Kentenich who knew how to win their confidence. They believed in him and were motivated by him to commit themselves to his favorite idea. This is also the way toward 2014.