Movements and new Ecclesial Communities: a New Springtime for the Church 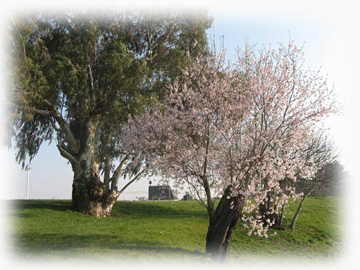 The Schoenstatt Movement is one of the new spiritual initiatives that surged in the heart of the Church in the Twentieth Century especially fostered by the prompting of Vatican Council II.

The new ecclesiastical movements are groups in which primarily lay people, but also priests and religious, are gathered to grow in their faith and to work for the renewal of the Church and world. They are usually organized regionally, but are sometimes grouped by spiritual centers. At the same time, there is a marked presence and influence of its members in the dioceses and parishes.

A particular characteristic of these movements is a very flexible bonding of community: it has a certain organization and structure complemented by varying degrees of participation and commitment.

The movements and new communities are providential expressions of the new springtime brought forth by the Spirit with the Second Vatican Council. Thus, they announce the power of God’s love, which in overcoming divisions and barriers of every kind renews the face of the earth to build the “civilization of love”.

This is how John Paul II, in the homily of the Mass for Pentecost, Sunday 31st May, blessed the representatives of the more than 50 ecclesial movements who had gathered in Rome for their first World Congress. Afterwards, they participated in a prayer vigil with the Pope on the eve of Pentecost that was attended by more than 280,000 people. In 1999 the Pope told a group of bishops: “One of the most important accomplishments of the movements is their capacity to awaken in many faithful, men and women, adults and youth, that ardent missionary enthusiasm that is essential for the Church on the threshold of the third millenium.“

The majority of the new movements emerged in the second half of the Twentieth Century; they are a considerable charismatic force in the life of the Church.

With its founders and founding charisms they are solidly rooted in the tradition of the Church yet at the same time offer new creative impulses for its renewal. In this way they follow the tradition of the reform movements inspired by the Spirit (such as Cluny in the Middle Ages) and of the orders (such as those founded by St. Francis and St. Ignatius).

Just as those orders and congregations were born as charismatic initiatives to face the challenges of their time, the new movements of today also want to be a response to the Spirit for the Twentieth and Twenty-first Centuries. The ecclesiastical movements are in this way vitally and authentically entwined in the life of the Church.