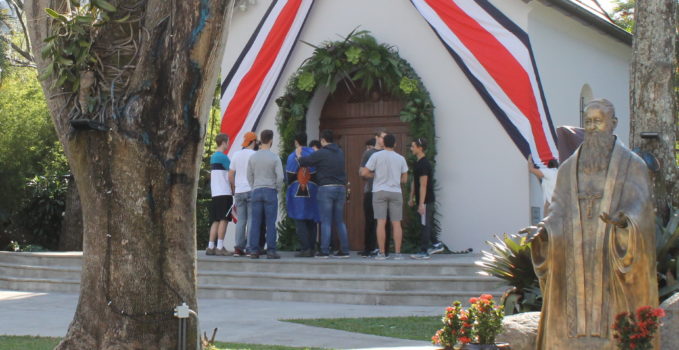 25 chalices for the hosts, but they are actually trophies that have been transformed into something sacred by skillful hands. 300 Sandwiches. I don’t know how many cups of coffee, tea, juice, and I have lost count of the bowls of salad. Thousands of calls to airports, tourism agencies, buses, Uber.Hundreds of moments of listening, laughing, praying, cleaning bathrooms and tables. The Costa Rican family surpassed themselvees in welcoming the young people who have come to the shrine. And they were still arriving on the last day before the international gatherings of the Schoenstatt Youth. — 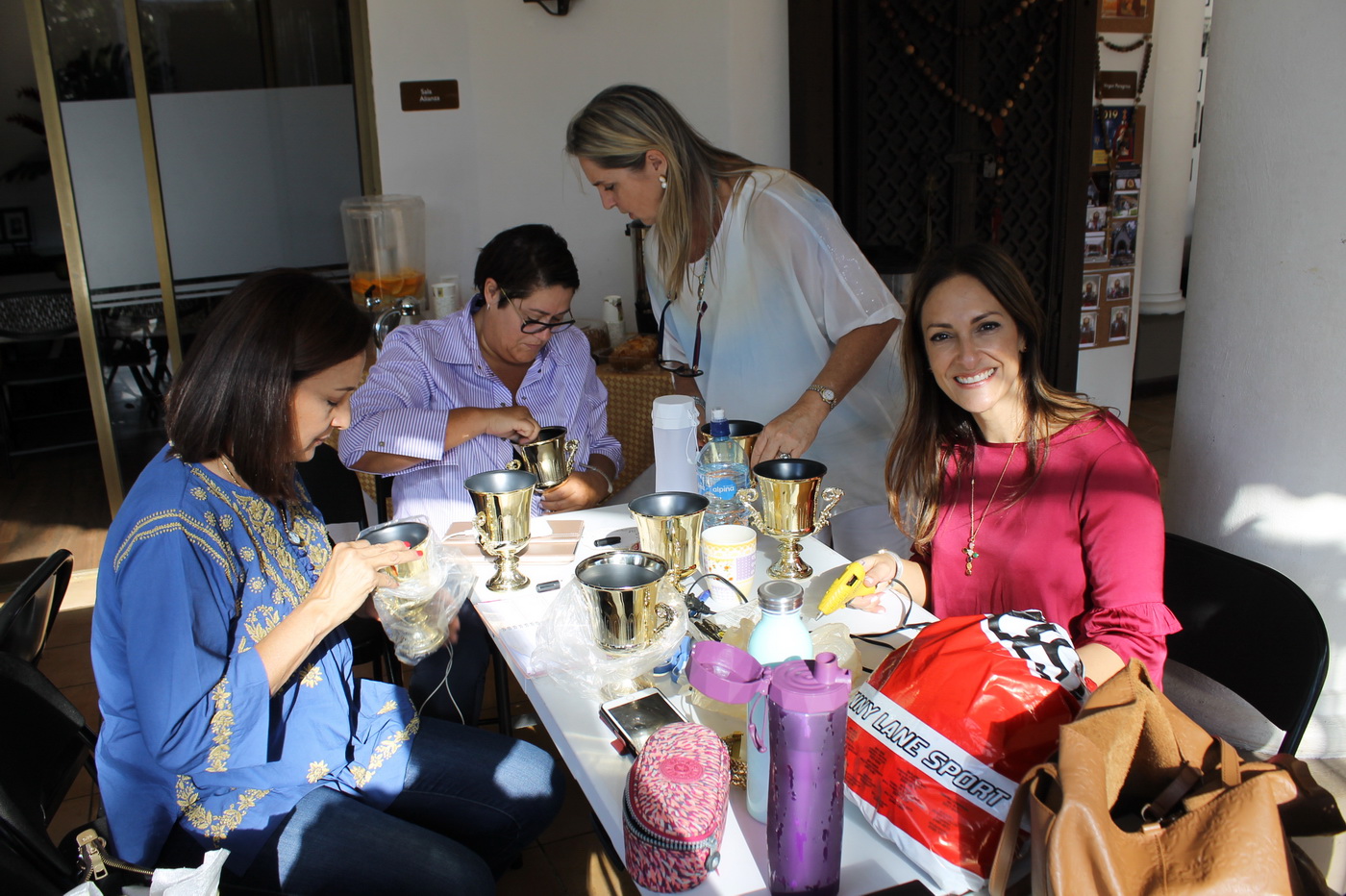 Colombian youth at a Schoenstatt Shrine for the first time.

They placed their flag on the shrine altar with great solemnity. Almost all of the Colombian Girls’ Youth who arrived on Tuesday afternoon were visiting a Schoenstatt Shrine for the first time in their lives. Fr. Patricio Ilabaca, who celebrated Mass for them (and many others), therefore dedicated his introduction and homily to the Shrine and its symbols, especially the experience of the shrine both at a personal and a community level. Schoenstatt in Colombia is a Movement “in diapers,” as one of the girls commented, and this is why they, together with the family, made every effort to be here. 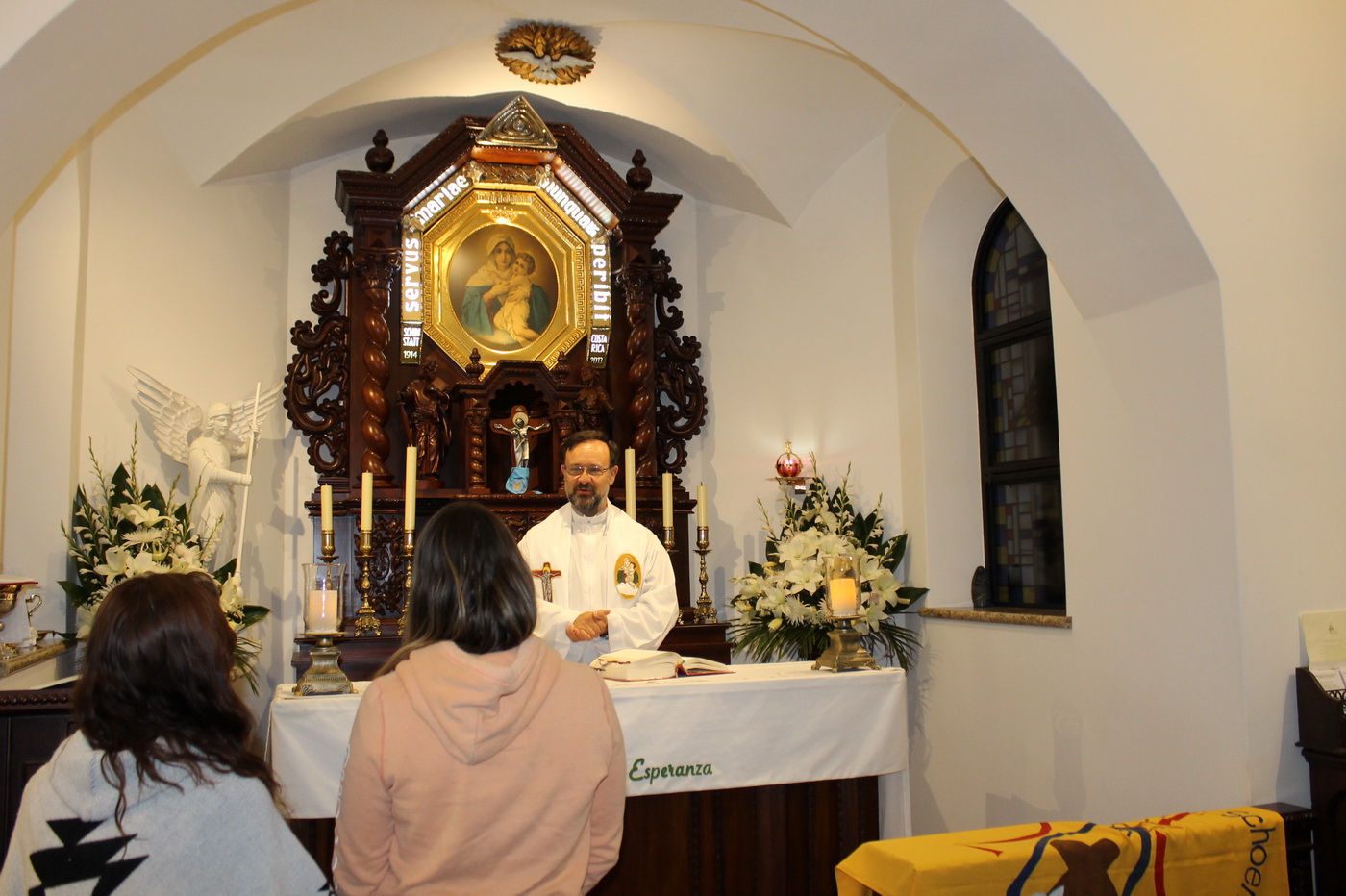 They kept on coming…

Tired and happy, on Tuesday 25 young people arrived from Mexico – from various cities, including Querétaro, Monterrey, San Luis Potosí, Chihuahua. They took photos with the Mexican flag and the Girls’ Youth flag at the Fr. Kentenich statue in front of the shrine, and then they gathered in the shrine to celebrate Holy Mass with Fr. José Luis Correa, who is almost Mexican because he spends a few days every month at the Schoenstatt Fathers’ community in Mexico and takes part in important meetings.

Mass is never celebrated just for a private group behind closed doors – therefore two young people from the Schoenstatt Youth in Paraguay were also at this Mass and received a very warm welcome. 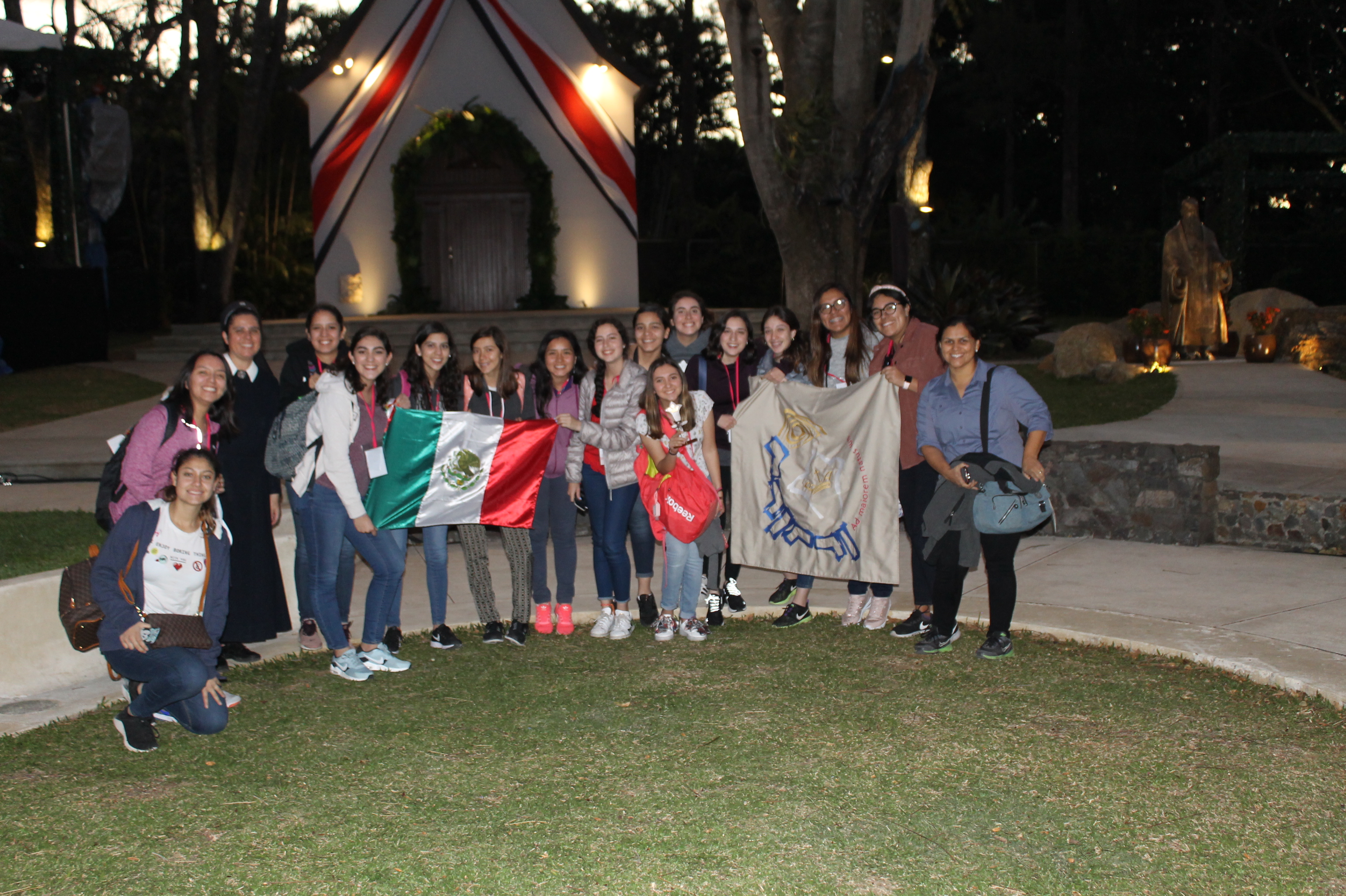 A little earlier, some students from the University youth from Austin, Texas, United States, arrived and were happily reunited with Fr. Jesús Ferras who spent many years there. Before joining him in the Shrine for Mass, they gathered around the Father statue and placed the United States flag in his hands. They speak English and Spanish and immediately started chatting to the other youth who were around the shrine, chatting, resting, walking around… 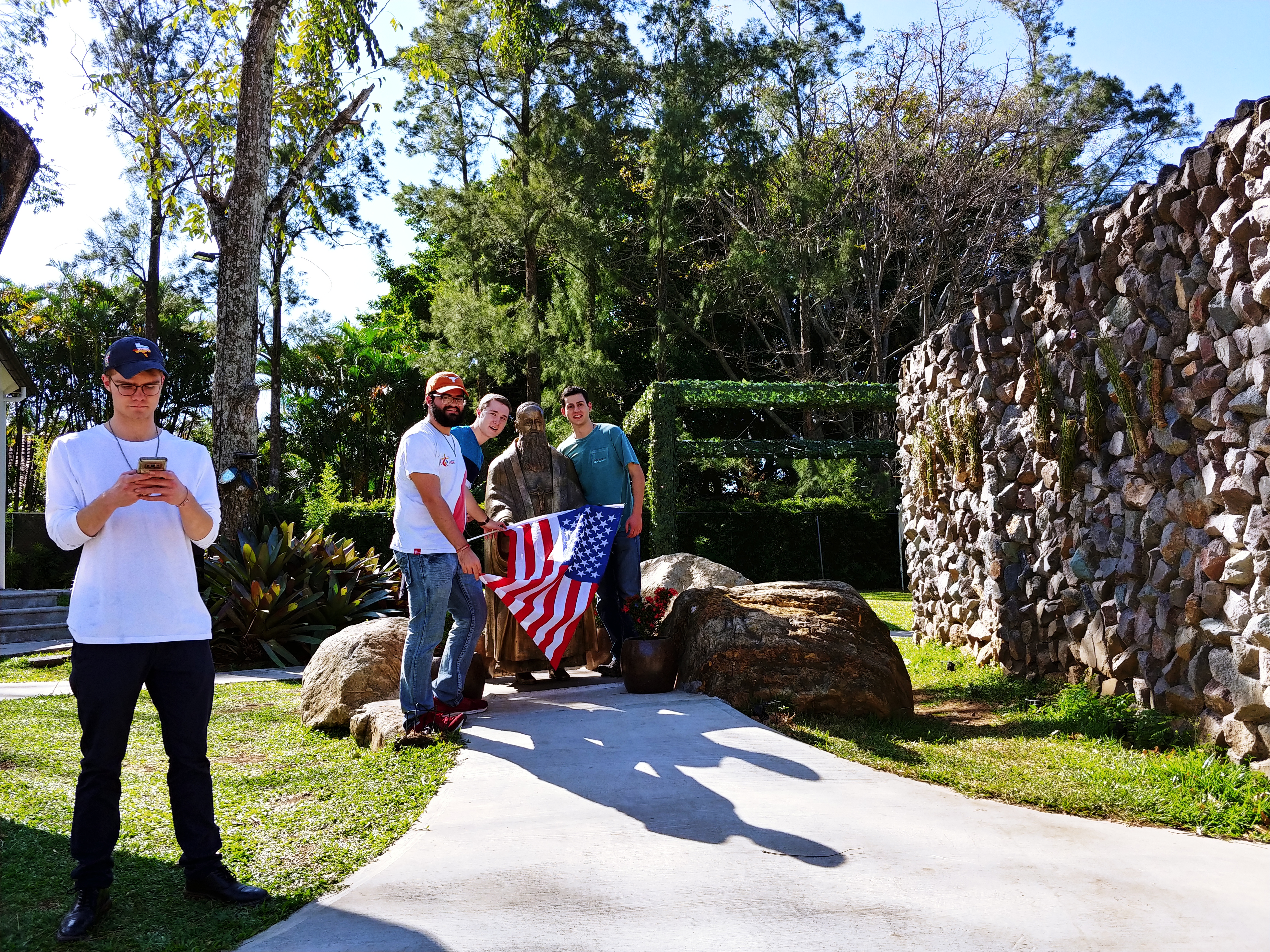 There was a little anxiety as the time for the group from Germany and Austria to arrive approached. “Will they eat the sandwiches the way we eat them here,” asked the “house wives”, and “will they understand some English?”

While waiting for the youth from Germany and Austria, two young people from Chile appeared, with all their luggage and anticipation to see this Shrine and meet the young people who were already there.

“I wanted to go for a walk in a park, but I didn’t know if it was safe, so I decided to look for the Schoenstatt Shrine,” commented a young woman from Panama, Carolina, who carried her two-month old baby boy, Bernardo, in her arms. She moved to Costa Rica a month ago because of her husband’s job. She is the daughter of Paulina, a Chilean who has been living in Panama for 13 years and belongs to the Mothers’ Branch in Panama. During her first visit to the shrine, Carolina and her baby found it filled with youth and Movement members who immediately asked her to join in the Covenant Mass and join a group if she wants. Yes, she would like that very much… 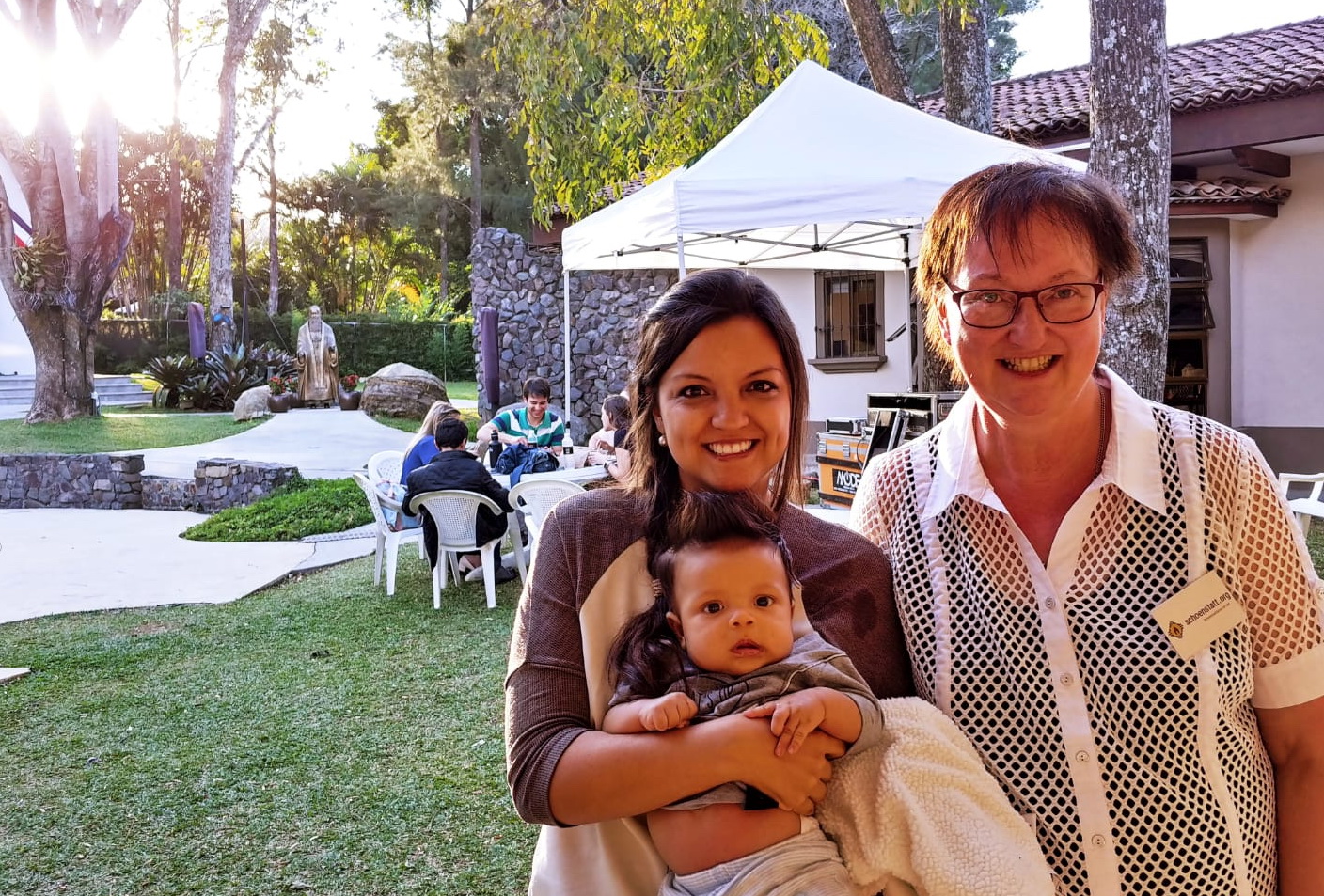 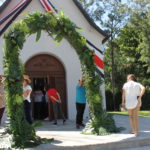 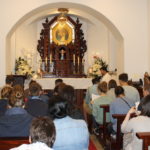 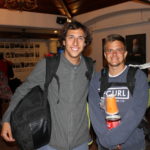 Some 50 pilgrims from Germany and Austria

Accompanied by two Schoenstatt Sisters, a diocesan priest and the national German Boys’ Youth spiritual director, Fr. Hans-Martin Samietz, some 50 youth from Austria and Germany finally arrived. They had already arrived in Panama the previous Sunday, that is, they were already accustomed to the time difference and the heat, and were surprised by the warm welcome they received by everyone there. “I am going to WYD to celebrate our faith with other youth from all over the world and to show that the Church also has a young face. Furthermore, the camaraderie and the excitement at a WYD is extraordinary.”We came as a Schoenstatt group to Costa Rica because the first shrine in the country was recently built here and the International Gathering of the Schoenstatt Youth is taking place,” commented Martin Stetter, who will travel to Paraguay after the WYD as a Dequeni volunteer.

The group then headed to the shrine where they celebrated Mass, bringing it to life with traditional German and Austrian Schoenstatt Youth hymns. After the group photo they were invited to dinner prepared with much love, with traditional sandwiches, pasta salad, tomatoes, lettuce, strawberries, dried bananas, drinks … And yes, they liked it. 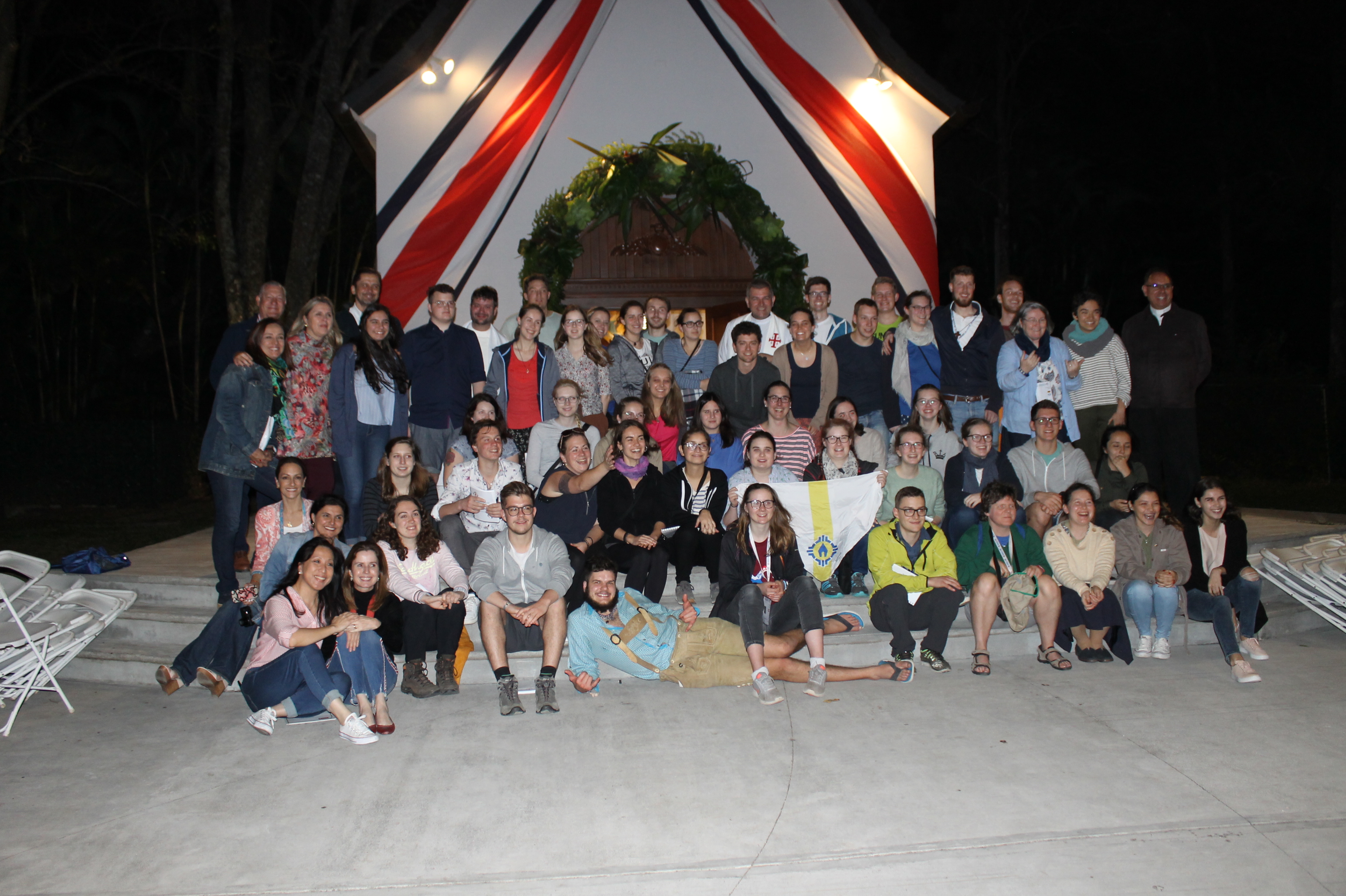 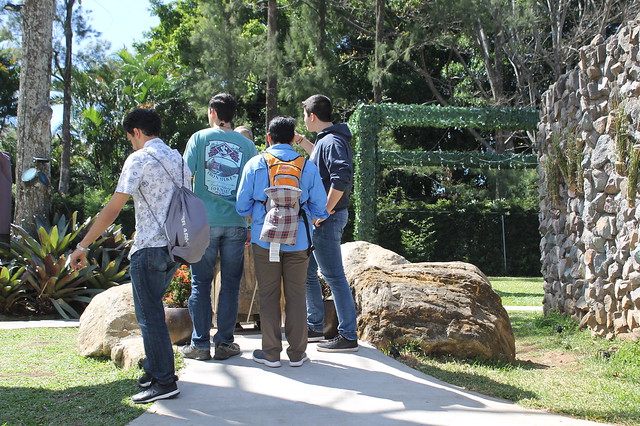