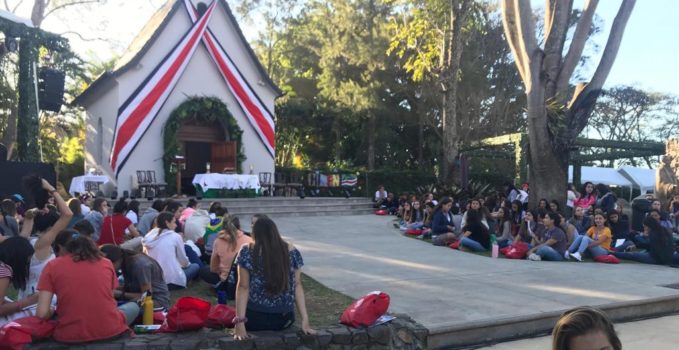 It’s time for IGNIS and HINÈNI

“You will see many young people when you leave the shrine,” commented Fr. José Luis Correa at the end of the Family Mass, at noon on January 17, 2019 at the Costa Rica shrine. In attendance are a family from Londrina who accompanied their son to the IGNIS meeting of the Boys’ Youth, a woman from Paraguay who is accompanying her daughter and a group of youth, men and women from the Movement in Costa Rica who worked hard right up to the last minute to prepare everything for the youth and the international meetings that began on 17 January.— 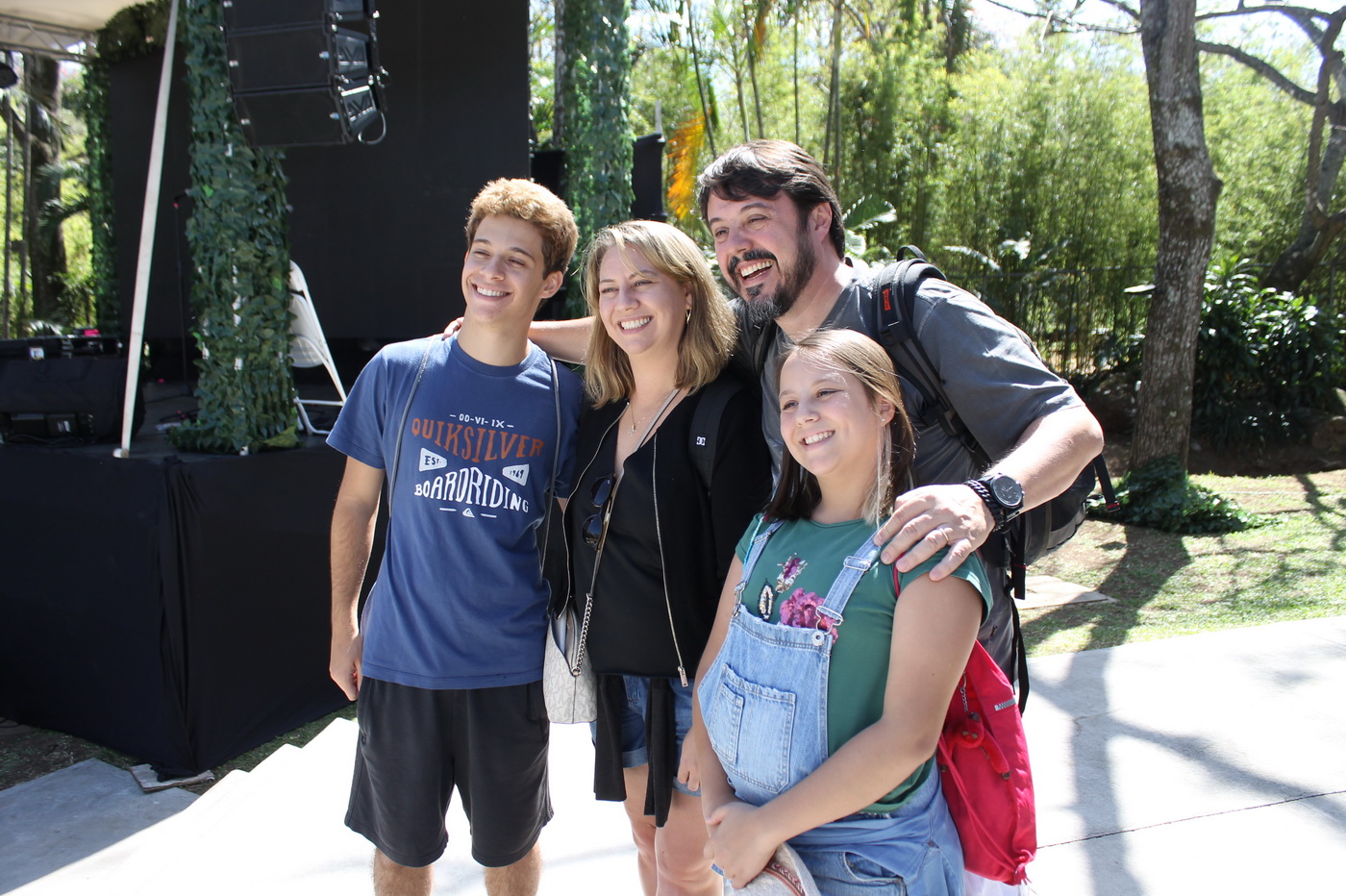 The first to arrive for the Hinéni meeting are…three boys from JUMAS, the Boys’ Youth from Brazil who made the most of their free time to go once again to the shrine before it is closed to “others” during the days of the Hinéni activities, giving way to the Girls’ Youth. The three brave Brazilian adventurers innocently said they knew nothing about this and are enjoying their escape to the shrine!

They have thought of everything. Next to the repository (a high risk area because everyone wants to buy everything), there is also a stand where one can buy anything that might have been forgotten in the rush of packing the bags, from toothbrushes to sweets and shampoo. 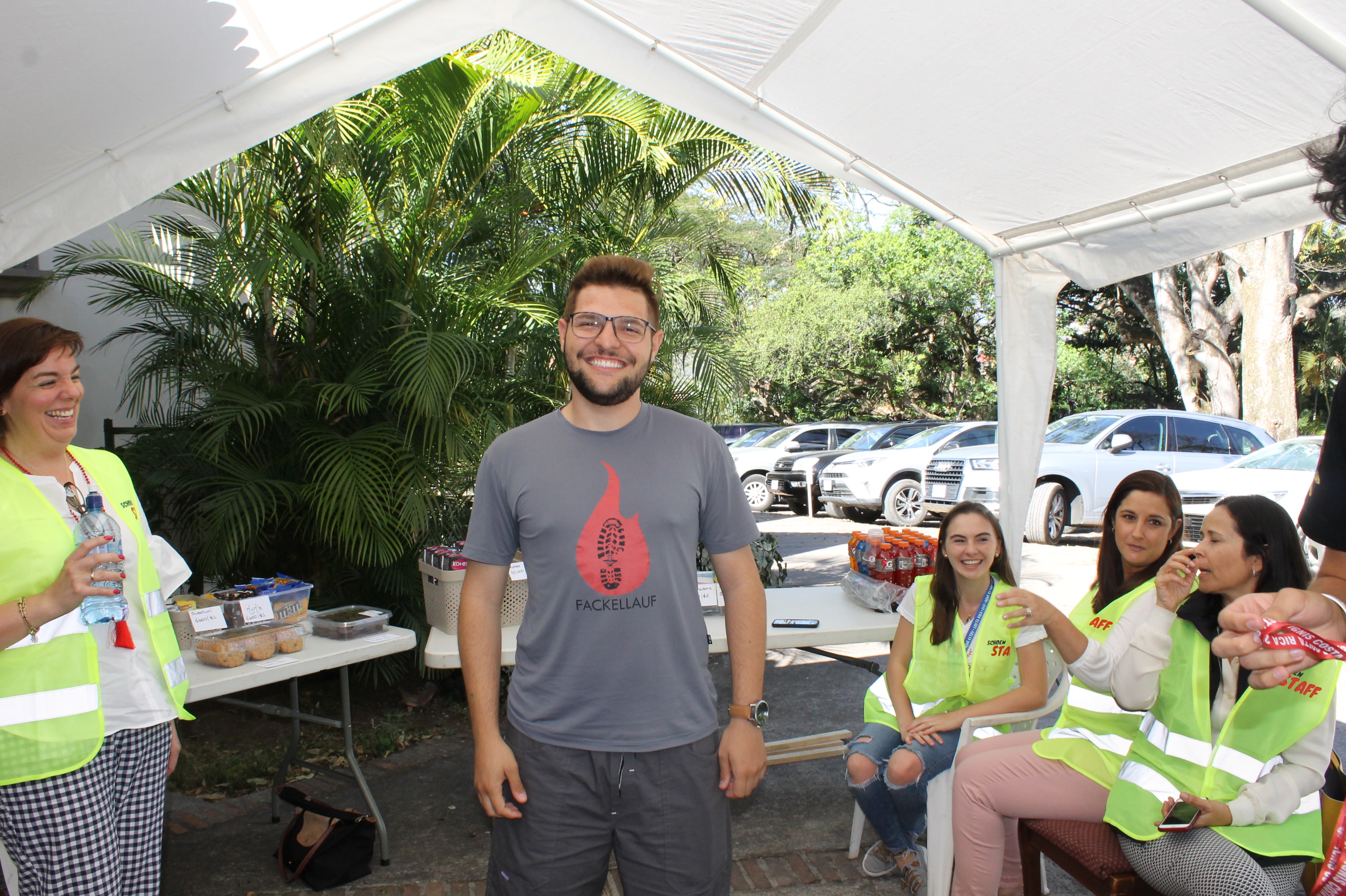 Bus after bus arrive at the shrine

Suddenly the area around the shrine, which has been ready for several days with a stage, speakers, flags, posters, as well as a green archway around the shrine door with tropical flowers, begins to fill with young people. Bus after bus brings them to the shrine, delegation after delegation.

Fr. José Luis and the other spiritual directors present personally greeted each young person, who already felt at home even before the start of the meeting.

With a Mass, beginning with a procession of national and branch flags, the much awaited Hinéni meetings has started…

The Boys’ Youth began their meeting on the evening of the 17th, with a great welcome and Mass celebrated by the spiritual directors present at the school where their event is taking place. 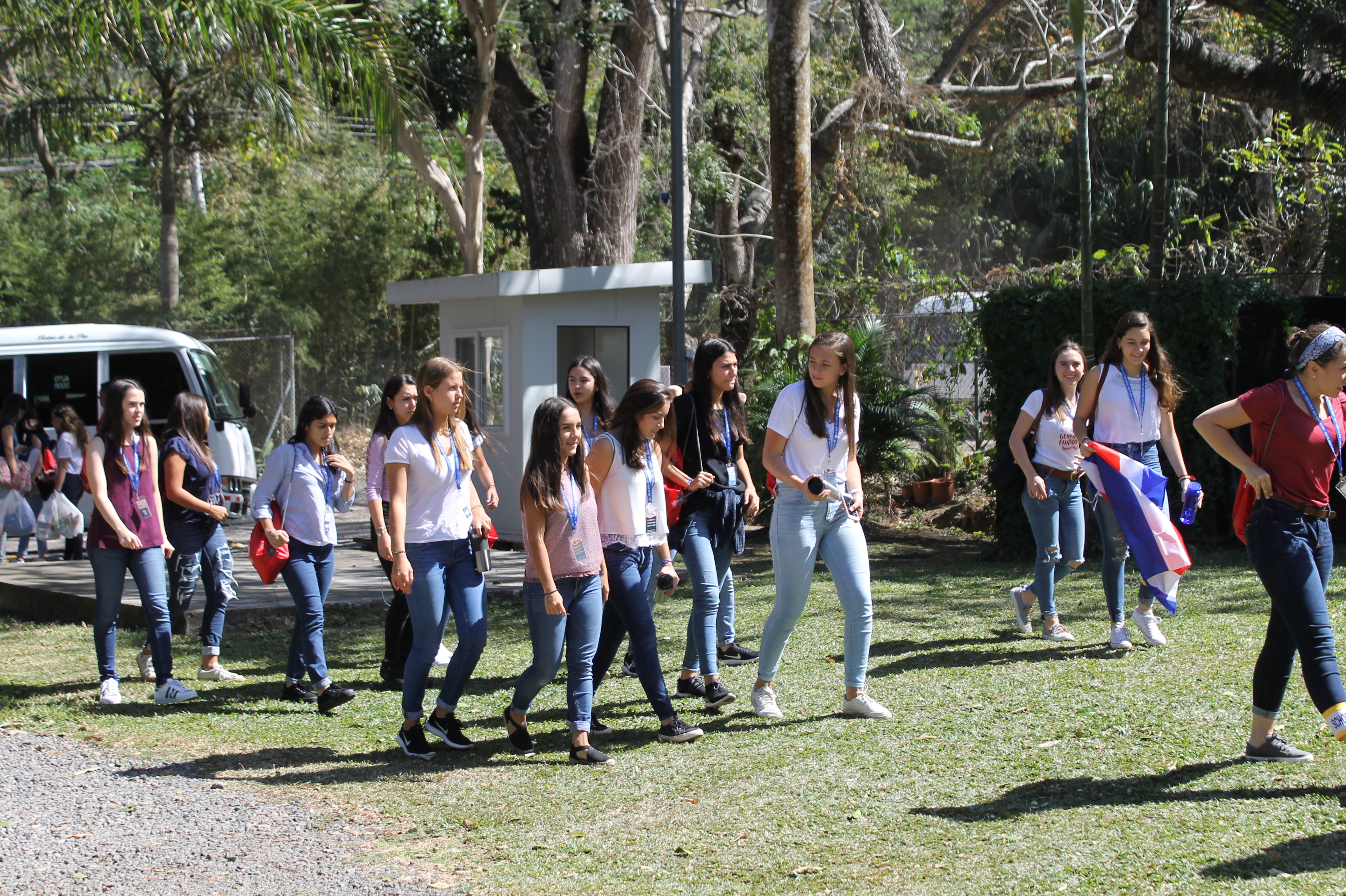 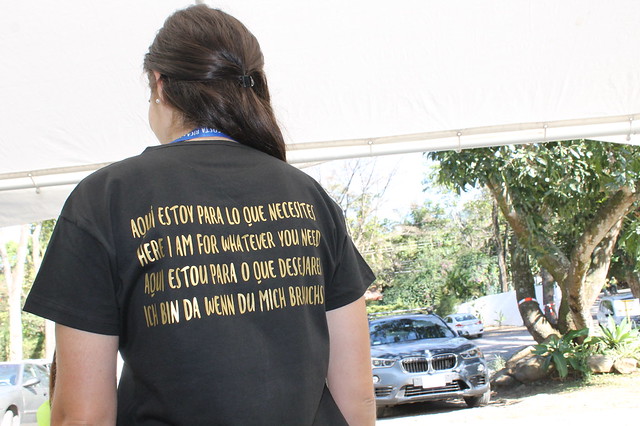 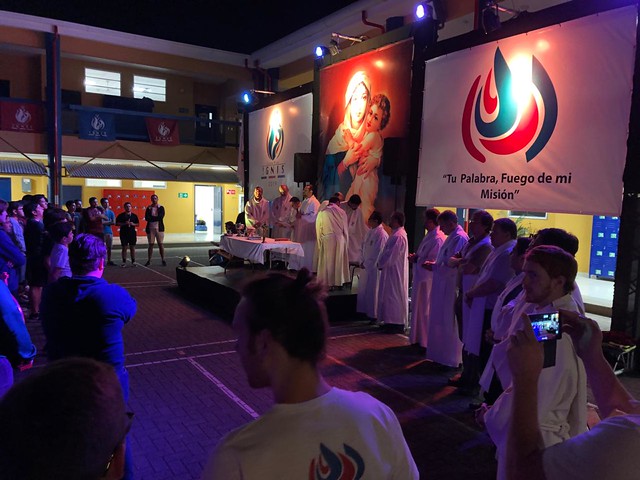 A moment of grace

“At the Family of Hope Shrine, Costa Rica, we are experiencing a time of grace, joy, selfless giving, commitment, mission…,” commented Vanessa Sotela Borrasé.
“Our Boys’ and Girls’ Youth have been wonderful hosts, welcoming the young people who have arrived with their delegations from many countries, for the pre-WYD events organized in Costa Rica, with the support of their families and the Schoenstatt Family Movement in Costa Rica.
The spiritual growth and witness by the youth, fills us with hope for a better world that we all long for. We unite ourselves in thanksgiving for this special opportunity of “SELF-GIVING” and for the fruits of Pope Francis’ pastoral work at the upcoming WYD in Panama.”