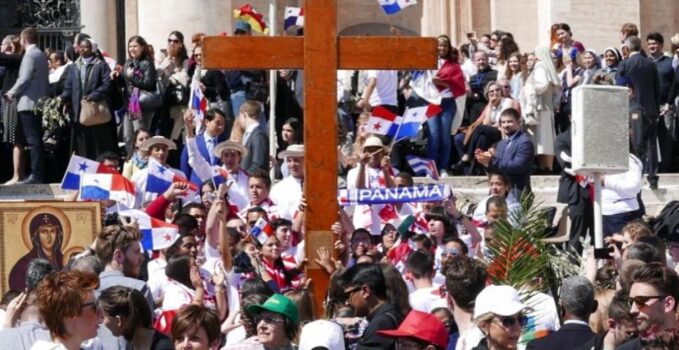 WYD, Press Release from the Dicastery for Laity, Family, and Life  •

On the occasion of the Solemnity of Christ the King of the Universe, Sunday 22 November at 10:00 am the Holy Father will preside at a Eucharistic Celebration at the Altar of the Chair at the Basilica of St. Peter. At the conclusion of the Mass, the symbols of World Youth Day—the WYD Cross and the copy of the icon of Maria Salus Populi Romani—will be handed on from the representatives of Panamanian young people to the Portuguese youth. — 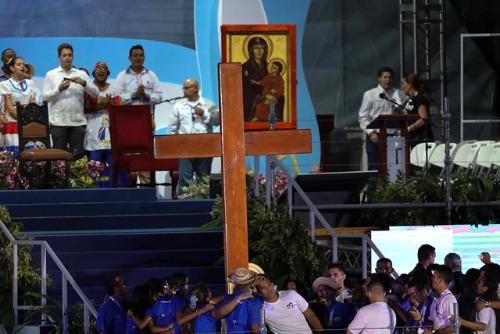 The last World Youth Day, in fact, was held in Panama; while the next one, planned for 2023, will take place in Lisbon. In conformity with current health and safety regulations, this symbolic gesture will take place in the presence of very small delegations from both countries.

All are invited to participate virtually in this Eucharistic Celebration, which will be livestreamed on the official YouTube channel of Vatican News. This broadcast will also be followed by the youth ministry leaders of episcopal conferences and international movements, who from tomorrow until Saturday will participate in the international online meeting “From Panama to Lisbon—Called to Missionary Synodality,” organized by our Dicastery. The handing on of the World Youth Day symbols and the international meeting were initially scheduled for April 2020, but had been postponed due to the ongoing global health emergency.

For years, the Cross and the icon of Maria Salus Populi Romani have accompanied the preparations for the international World Youth Day gatherings. The presentation of the symbols to the young people of the diocese which will hosts the next World Youth Day would always take place at the end of the Palm Sunday celebration presided over by the Holy Father in St. Peter’s Square. This tradition dates back to 1984 when, at the end of the Jubilee Year of the Redemption, Pope John Paul II entrusted young people with the Jubilee Cross, known today as the WYD Cross, which has been at the center of each international World Youth Day ever since. In 2003, the Holy Father also offered young people a copy of the icon of Maria Salus Populi Romani, which is placed beside the Cross in its pilgrimages around the world. 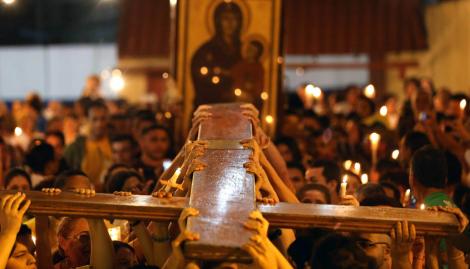