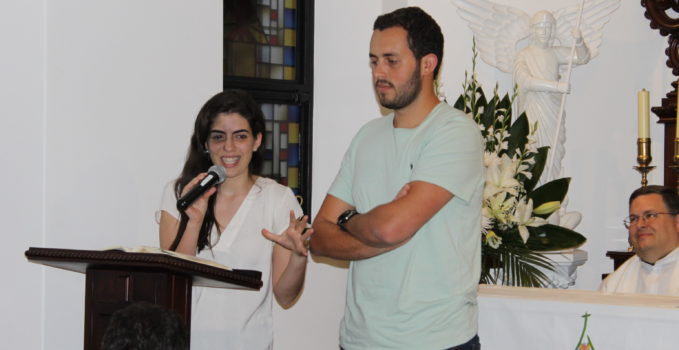 Presenting IGNIS, Hinéni and all the youths who would participate to the Blessed Mother

8:00 pm, on 14 January 2019, in Costa Rica’s shrine along with many members of the Costa Rican Schoenstatt Family, the preparation teams for the international gatherings of Schoenstatt Youth, IGNIS and Hinéni, and their advisers celebrated Mass in the shrine. In addition, they presented to the Mother Thrice Admirable of Schoenstatt— the last preparation details— the gatherings, and the youths that will participate. The gatherings began on Thursday, the 17th and ended with the sending forth from the shrine Mass, on Sunday, January 20th, immediately afterwards the youths left for Panama in twelve buses. — 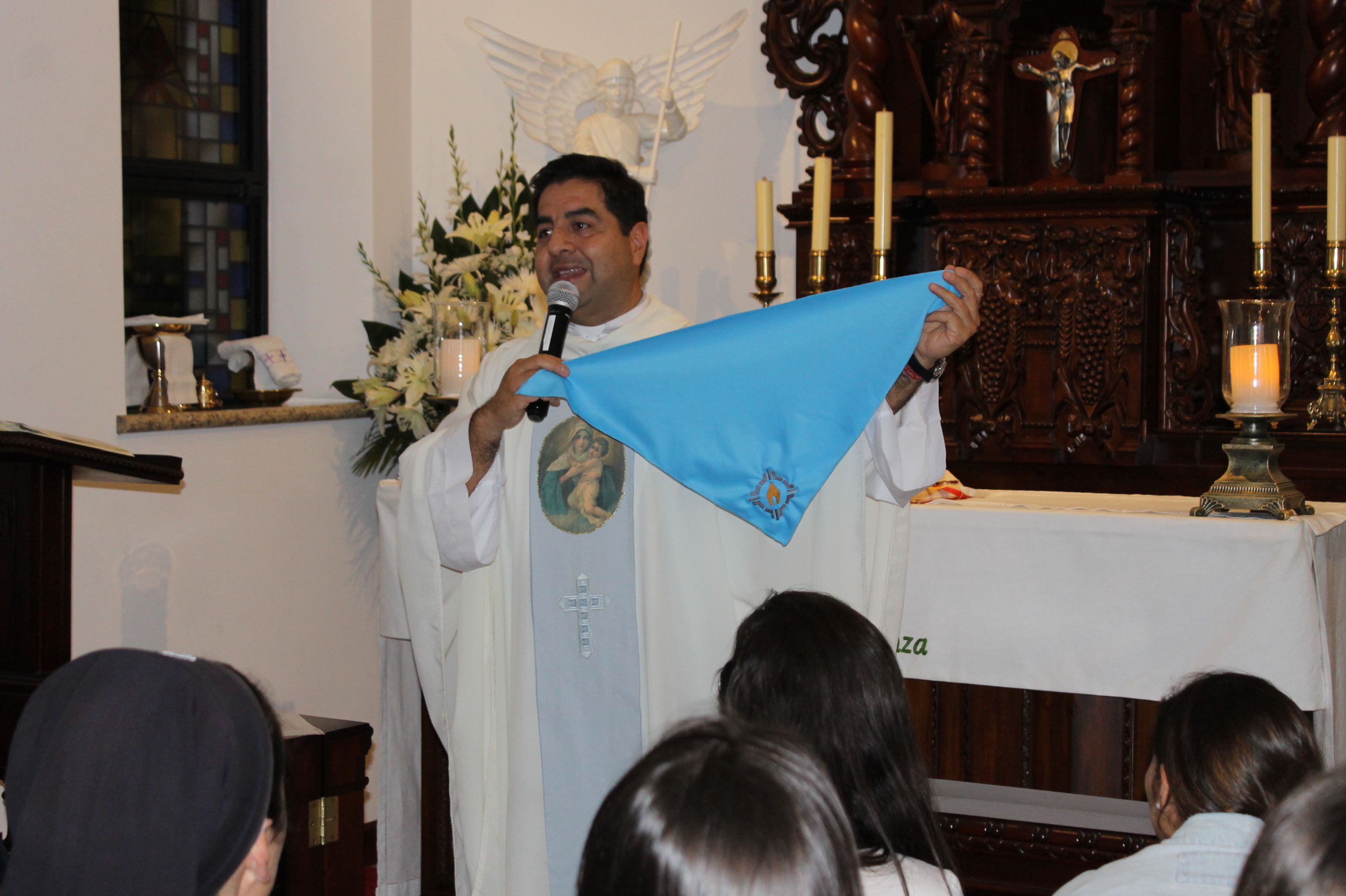 Fr. Andrés Espinoza invited all the gatherings “staff”—youths and advisers—to write their names on a blue handkerchief with the Schoenstatt logo, which will later remain on the shrine’s unity cross. In so doing, the youths and advisers can feel protected and supported at every moment, trusting in the Blessed Mother, in what happens, in what fails, in what fills the youths with fire, joy, and strength. After signing their names, each one received a small Pilgrim Mother with the WYD2019, IGNIS, and Hinénis logos.

Fr. Andrés especially emphasized the role and contribution of the advisers, Sr. M. Amparo, Mr. and Mrs. Eduardo and Rosa Aymerich of the Spanish Family Institute, and he also thanked the leaders of the gatherings, Mauricio Álvarez and Lucy Gazel, for their commitment. 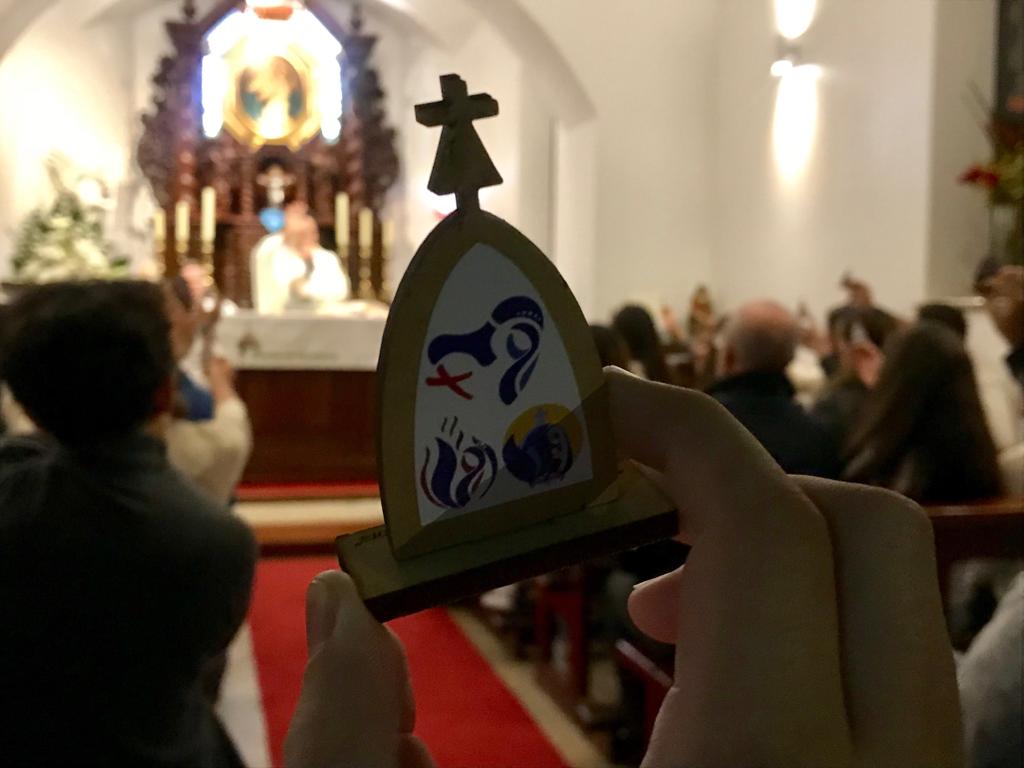 IGNIS:  Your Word, fire of my mission 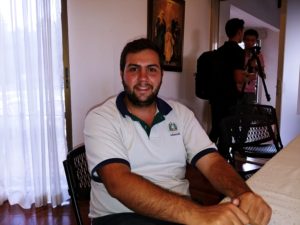 “Your Word, fire of my mission” is the motto chosen for the international gathering of the Schoenstatt Boys’ Youth. Agustín, from Rosario, Argentina commented that it refers to the “crown of fire” that the Boys’ Youth gave the Blessed Mother in 2014, and it will end with the crowning of Mary as Queen of the Youth, as Queen of the mission’s fire.

In 2018, Agustín participated in the Leaders’ School in Schoenstatt, and he decided to travel to Costa Rica to help with the preparation of the International Youth Gathering. He is also “the delegation from Argentina,” since no one from the Boys’ Youth from his country was traveling to WYD. In the IGNIS gathering, there will be youths from Costa Rica, Chile, Paraguay, Brazil, Mexico, Ecuador, the United States, Bolivia, Portugal, Germany, and Switzerland: a total of 280 in addition to many advisers.

For Agustín, the IGNIS gathering holds the great hope of meeting participants of the Schoenstatt Boys’ Youth from many countries, of encountering the world’s youth, and of course, the Pope.

A huge topic of the gathering will be discernment and recalling the fundamental pillars of the Boys’ Youth on an international level: international unity, heroism, fire, and covenant culture.

We spoke about the gathering’s milestones: the welcome night, the visit to Cártago with Lectio Divina and a small social work, the January 18th Covenant Mass along with the Girl’s Youth and the Costa Rican Family, workshops, a vigil in the shrine on the night of January 19th, along with the Girl’s Youth. “We want to see Mary, the great missionary,” he concluded. “She immediately and without waiting went out to meet Elizabeth. To get fired up and go out, this is what IGNIS is about.” 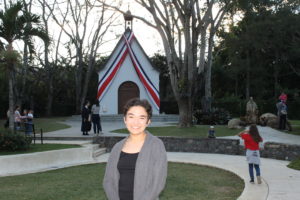 “For us, it is very important that our international Girls’ Youth motto gathering be completely in tune with that of WYD in Panama,” Giuliani of the Girls’ Youth of Costa Rica commented. “We are very, very happy, with the first Marian motto of World Youth Day, that we do not doubt for a minute in assuming it for our gathering. “Behold the handmaid of the Lord. Hinéni I am here.” It is the Hebrew version of the WYD motto.

Unlike the IGNIS gathering, the Hinéni gathering was proudly organized by the Girls’ Youth from Costa Rica through our own initiative. “All of us are here, we work day and night, sometimes we almost sleep here,” Giuliana related, and she did it with such a radiant joy on her face that there was no doubt that she enjoyed it very much. They formed many commissions – in the proven style of the Costa Rican Family. Thus everyone and each team had clear responsibilities and they had time and space to participate and enjoy. “It is going to be a celebration,” she said. She is on the commission for Masses and translations. She is also in the choir; it’s eagerly done.

The gathering will have a varied program: many talks, workshops, and testimonies. Giuliana especially is waiting for the meeting with a Frauen (Schoenstatt Institute of Ladies, called “Frauen”) who will speak to them about a woman of the first generation of their community. “I have never met a Faruen,” she said, “I am very interested to know how they live and the mission they have.”

What’s going to be the milestone of the gathering? Difficult question, but after thinking about it a little Giuliana commented: “The vigil in the shrine, three hours of adoration, song and prayer. Covenants of Love. A personal letter to Fr. Kentenichthe excitement would be felt— The vigil, all of Schoenstatt concentrated in a place, in the shrine, with Jesus.” 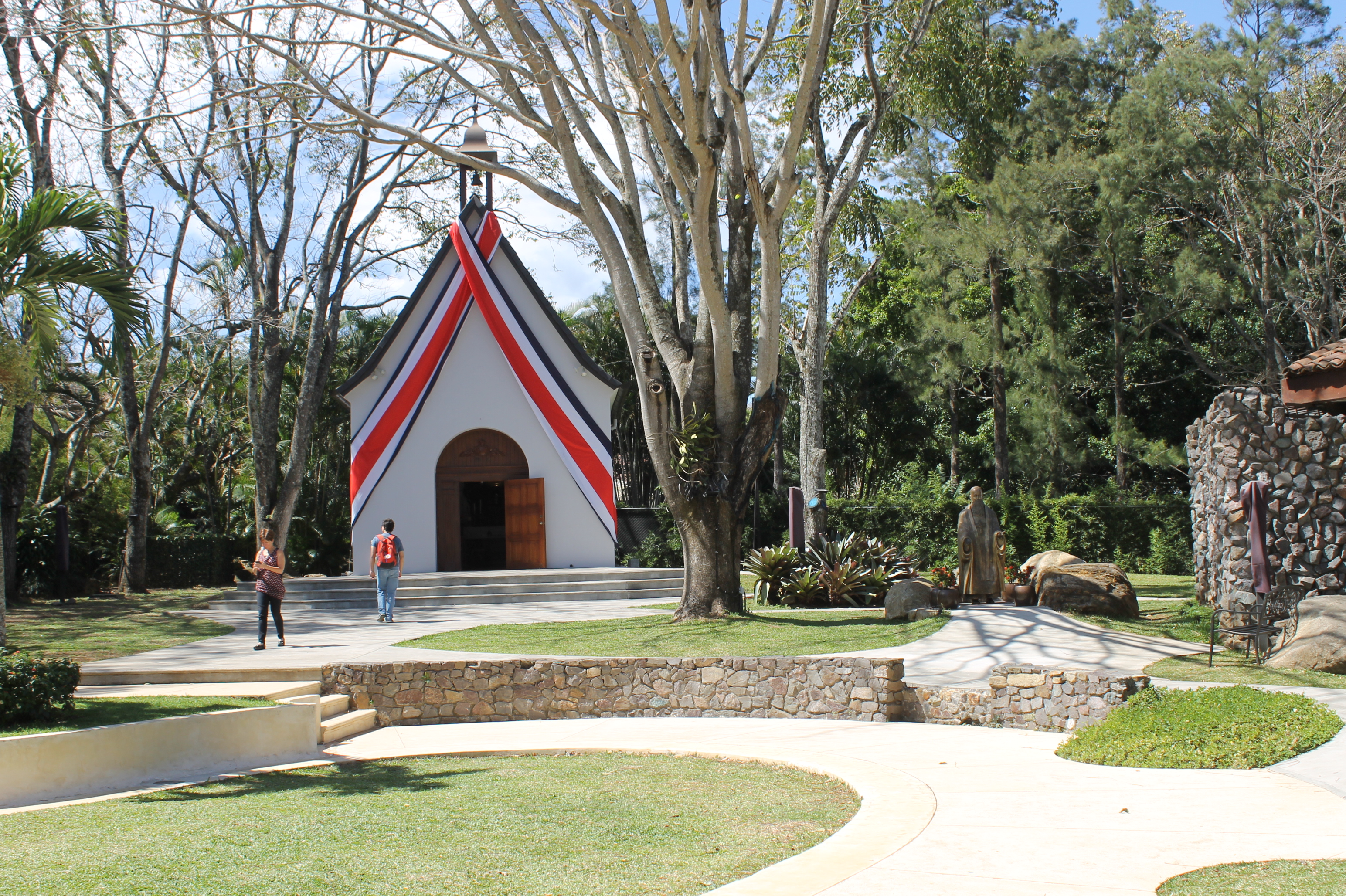