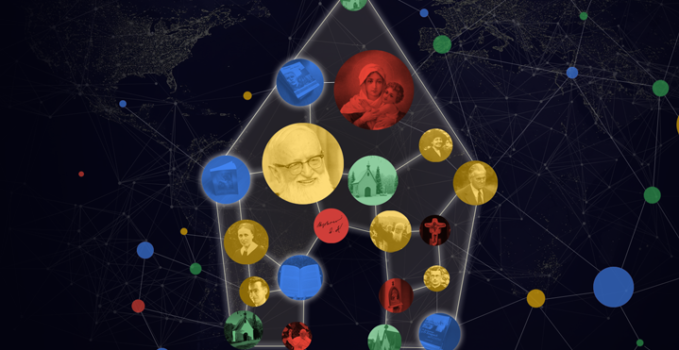 My name is Jeff Roedel, a seminarian from Milwaukee, Wisconsin, USA, finishing up formation for the Schoenstatt Fathers in Santiago, Chile. Today, I have the joy of sharing two projects for the Schoenstatt Movement which have been a long time in the making.—

I met Alberto (Tito) Leon, a young professional around my age, here in Santiago just a few weeks ago and we realized that for years we’ve been working towards the same goal: For Marian pilgrims to encounter Mary easier in our Schoenstatt Shrines. 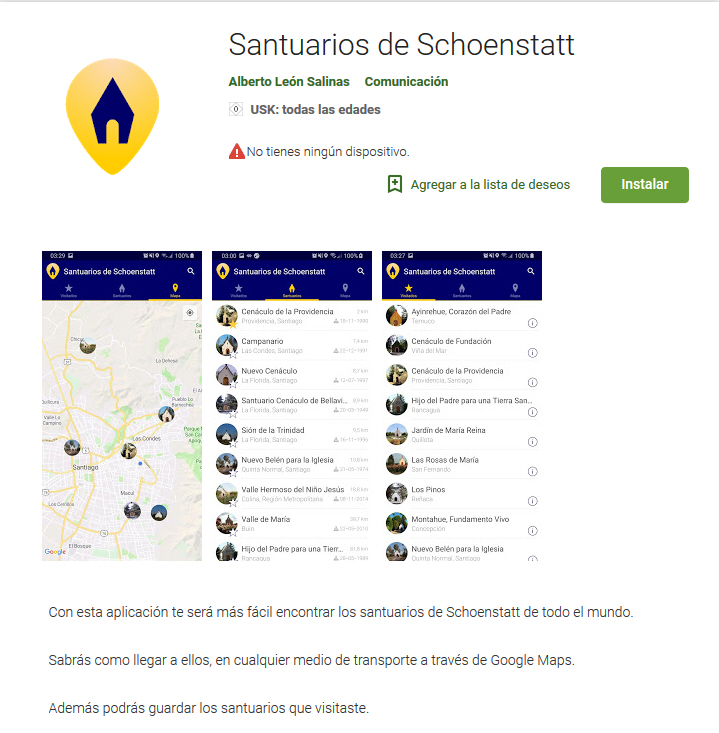 Dreaming of technical solutions to organize Schoenstatt`s life and history 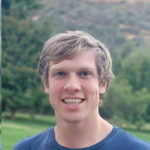 Since I began experiencing Schoenstatt culture and history through Fr. Mark and Fr. Jonathan Niehaus in 2008-2009, I wanted to learn more. But when I searched Google for information on several topics, I found it very difficult to follow a thread. As a computer science major at the University of Wisconsin-Milwuakee, I naturally began dreaming of technical solutions to organize Schoenstatt’s life and history.

It wasn’t until Fr. Francisco Sobral asked me for help on a small project to organize contact information through a web interface—in 2016—that I saw the first opportunity to start work on a longer-term project: schoenstatt.link. While the shrine part of the site didn’t come till later, the principal concepts were there: 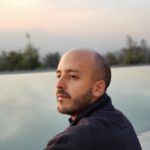 While I was beginning the first work on schoenstatt.link, Tito was also beginning with work on the Shrine app. After living 18 years within a kilometer of a Schoenstatt Shrine and countless contacts with Schoenstatters, he couldn’t believe it when he finally met the Blessed Mother in the Shrine. This was the prime motivation behind the initial work on the app: that it be as easy as possible for young Catholics to find the Blessed Mother. The first attempt was an app “Your mass” for finding local Catholic masses, among which, Schoenstatt Shrines would be listed. As this market was quickly saturated by other apps, he decided to target specifically Marian pilgrims with an app of Schoenstatt Shrines.

Tito and I dream of making it as easy as possible for pilgrims to visit our Blessed Mother in the shrine. For this, one of the biggest missing pieces is

This is what we’re trying to do in the collaboration between schoenstatt.link and the Android app “Schoenstatt Shrines”: to provide high-quality up-to-date information about all the shrines.

Not someone else, but you 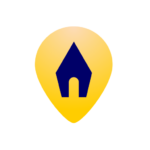 To do this, we need to involve local people who participate in each shrine to help us. Anyone who creates an account on schoenstatt.link can modify the information directly without having to send an email and wait for someone else to make the change.  Just yesterday we accomplished our goal of reaching 50% of the information we’re looking for: in addition to schedules, to have at least one website and the name translated into English, Spanish, Portuguese, German and Italian.

Upon completion of the central information, we hope to focus on an aspect closer to the heart of our mission: the apostolate.  A particularity that Tito brought to the table is using the Schoenstatt Shrines app to share the life of each shrine detailing their apostolic projects.  It’s safe to say that for us in Santiago, it has been a huge inspiration the amount of life that has been generated through the various apostolates in Puente Alto, a poorer neighborhood on the South side where countless Schoenstatt youth have done mission trips, after-school tutoring and catechesis. Hopefully these projects and many more can inspire the next generation of young Schoenstatters!

We invite everyone to:
Download the app today and check out the shrine closest to your heart

If you have information to contribute to the pilgrims anywhere in the world, create an account at schoenstatt.link and start updating

United in the Covenant,