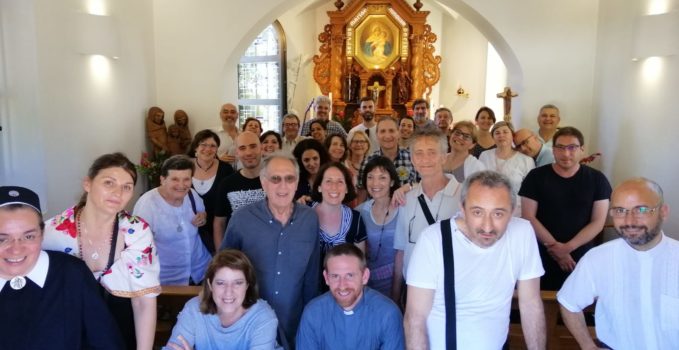 Like a snail breaking forth from its shell, couples are reborn to new life

On Sunday, June 16, 2019, in Matri Ecclesiae Shrine in Belmonte-Rome (the International Schoenstatt Center at Belmonte), the Couple’s Feast Day was held, which is a day set aside for couples of all ages — married or engaged—providing an opportunity for serenity and a deepening of the couple’s unity together, and renewing its original freshness, in the light of the Schoenstatt Movement’s Christian experience.— 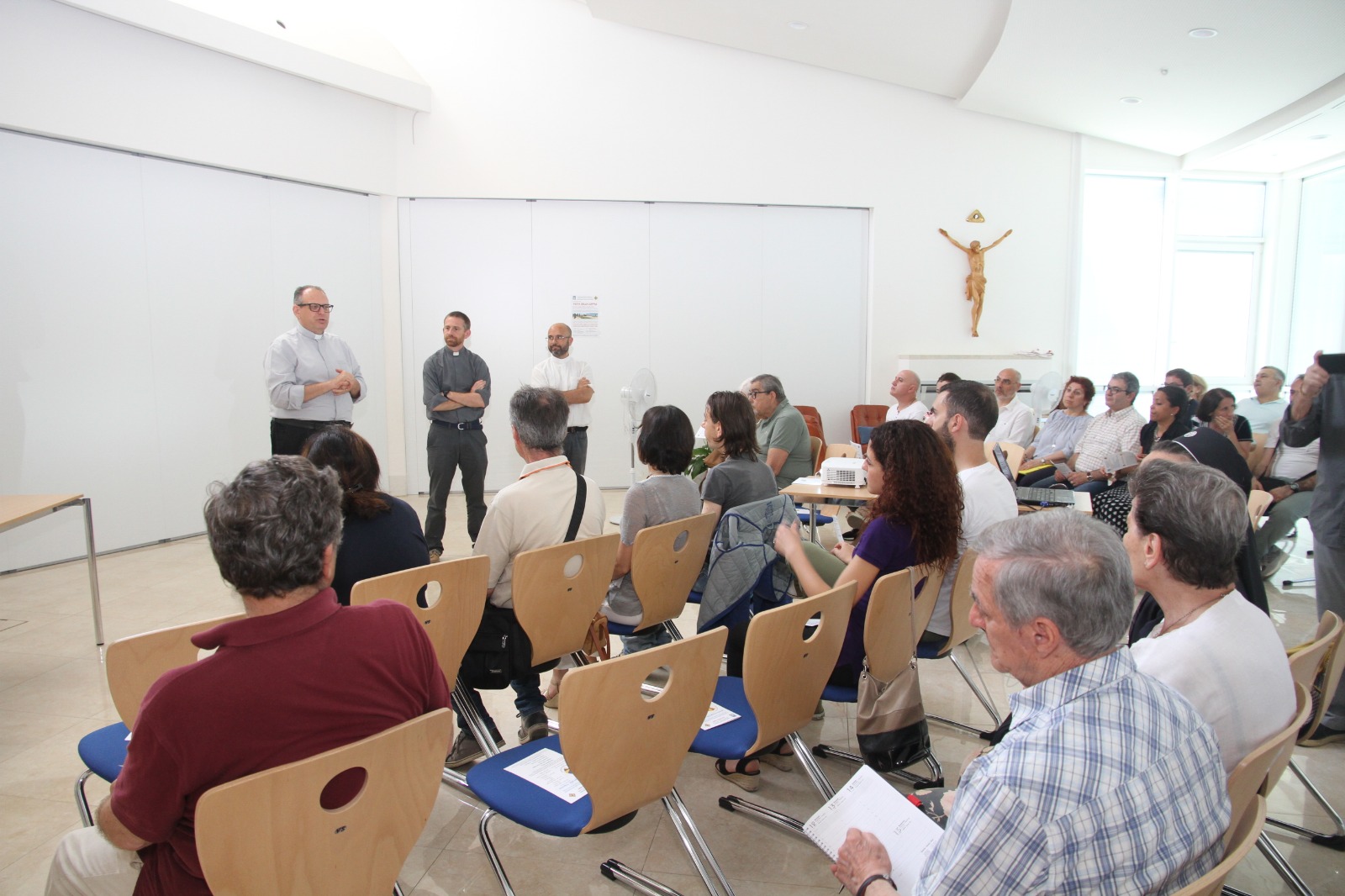 The idea of a Couple’s Feast was inspired by Father Kentenich’s pedagogy, and is now in its second edition originating in an initiative called “Couples’ Coffee”, which consists of a tour of five meetings, about one to two hours in length, which offers topics referred to words in the initials of the word Coffee (Covenant, Openness/sharing, Faithfulness, Fertility, and Education/Self Education). The meeting involves a brief introduction to a proposed theme, followed by dialogue for individual couples on the basis of a track that facilitates the dialogue path of the same couple, during which coffee and snack are served. At the end of the dialogue, a moment of sharing and dialogue follows. This journey, whose objective is to offer an opportunity to maintain the couple’s relationship, has already developed with different groups both at the Cor Ecclesiae Shrine in Rome and Saints Aquila and Priscilla parish, where there is a couple from the Schoenstatt Family Movement.

Paolo and Francesca, the couple who acted out the two comedic scenes, underline the importance of giving testimony to families of Father Kentenich’s message, in the light of Mary, which is always very enriching both for the couple who propose it and for the couple who will receive the reflections directed to them. After each day, Paolo and Francesca always say, “There is so much preparation, commitment, and growth both individually and as a couple. We hope that sowing this seed will bear much fruit. We are trying.” 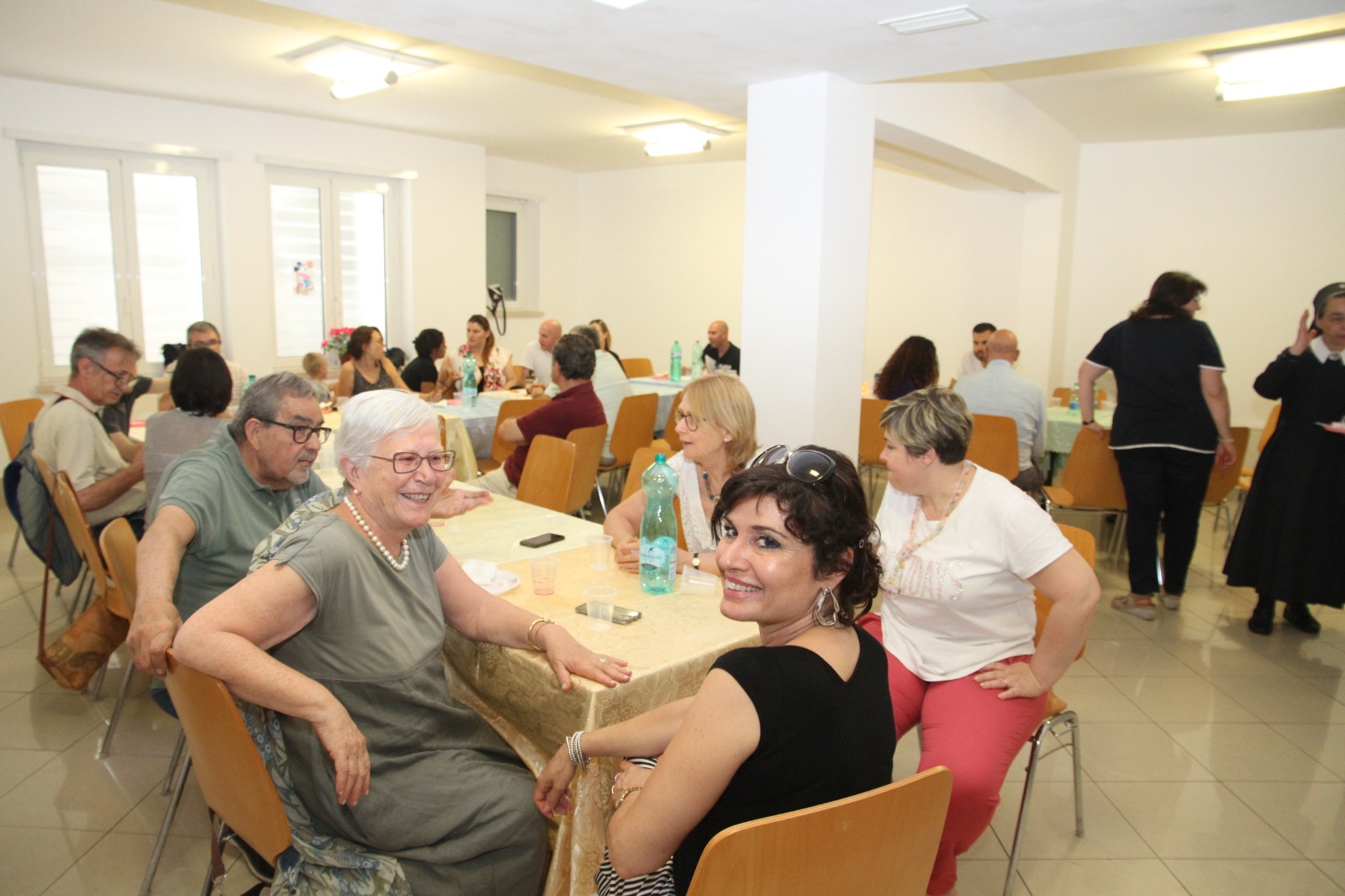 The spiral-shaped snail of Belmonte 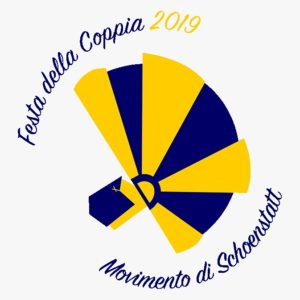 During the Feast of the Couple, each of the couples is given a refrigerator magnet that represents, in a stylized way, the Belmonte Shrine image, and the shape of the snail with which the square was structured in front of it. The colors are those of the cross symbol of the International Schoenstatt Movement. On this occasion, the participants were instructed about the particularity of the construction of Belmonte’s International Center that was structured on the idea of the “spiral-shaped snail”, whose symbolism is present in the architecture, in the aesthetic forms of the square located in front of it, but also in the architectural features of some of the interior. This idea was born from the fact that the permission to build had been granted only on the slope below the Shrine that lent itself to be structured in the shape of the snail shell spiral. The genius of the choice consists in having used the Christian symbol of the snail, present in many images of art related to the spiral, which indicates the Resurrection as soon as, in spring, it breaks the old shell and is born to a new life. It should also be said that the spiral form of the snail refers to the so-called golden mean, also called Divine Proportion, which, traced clockwise and from the center outwards, shows us that something is emerging in our consciousness and symbolizes the creative movement of God.

The League of Schoenstatt Families intends to continue this path of growth to which the architecture of the Shrine of Belmonte constantly refers. 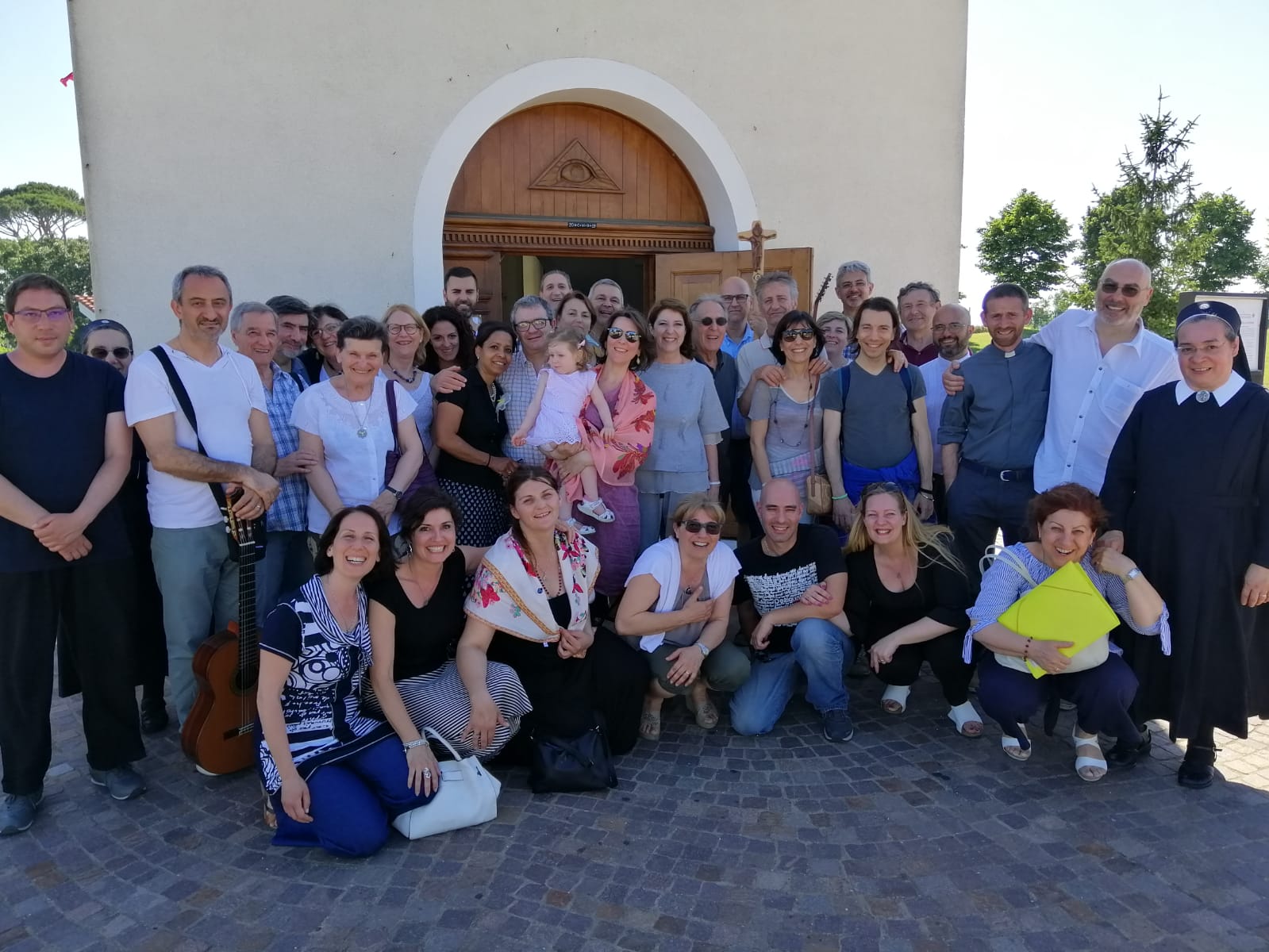