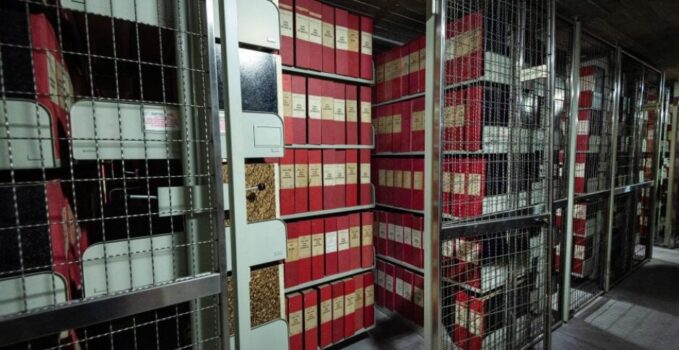 The date of the book, or at least its preface, is the Feast of the Visitation of Mary in 2021 – although it is not clear whether this means May 31, when it is celebrated in the universal Church, or July 2, when it is celebrated in German-speaking countries. Both dates are meaningful, as the anniversary of the “third milestone” in Schoenstatt’s history (May 31, 1949) or as the anniversary of the publication of that first article by Dr. Alexandra von Teuffenbach about her findings in the Vatican archives as well as in the archives of the Pallottine Fathers in Limburg, which caused an earthquake in the Schoenstatt Movement, where the aftershocks of are still felt. —

One almost wonders that the publication was not done by Mrs. von Teuffenbach (who worked on it months before any Schoenstatter in the Vatican archives), but by Fr. Eduardo Aguirre. Access to the documents from the Vatican archives (accessible for research since 02.03.2020 at 8:00 a.m.) was awaited and demanded, especially considering there were many questions, expectations, discussions, apologies, and justifications. And almost more so, one wonders how quietly the book has appeared. Anyway, it is there, 300 pages thick and available from Patris Publishing House, initially in German, but a Spanish edition is probably planned.

“In the series Documents on the History of the Schoenstatt Movement, documents, decrees, decrees, also letters and communications are published which are of particular importance for the history of the Movement and which exerted a significant influence on its development. This study edition 1 summarizes texts that were produced in the course of the Episcopal (canonical) Visitations by the Auxiliary Bishop of Trier, Dr. Bernhard Stein, in 1949 and the Apostolic Visitation by Father Sebastian Tromp SJ on behalf of the Holy Office in 1951-1953. The reports of the Apostolic Visitation were under lock and key in the archives of the Congregation for the Doctrine of the Faith in Rome until 2020 and can be presented here for the first time. The documents are published as study editions that reflect the respective state of research at the time of publication,” says the Patris publishing house.

Apart from the somewhat tiring layout and a few orthographic accidents, the book is an almost uncommented documentation of episcopal and Vatican documents from the years 1949 – 1953 on the two visitations. It is a new and valuable source whose study may and will be exhausting and challenging. For classification one finds a tabular historical presentation as well as an explanatory preface by Fr. Eduardo Aguirre and information on the edition of the texts originally written in Latin.

As was already the case with the publications of Dr. Alexandra von Teuffenbach, the following applies: The truth will set us free. And a thorough, solid reading of the texts is always and in any case a resilient basis, worthy of a mature movement, to come to personal judgments and decisions – and just not the eager reproduction of what one has heard or picked up from this or that.

And one can be eager for the announced further volumes with additional materials. 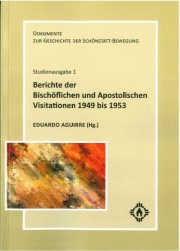