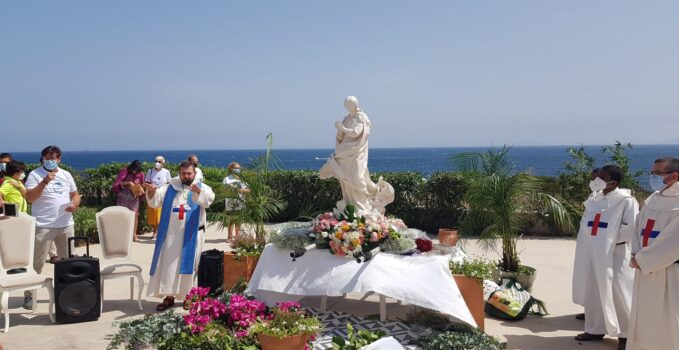 “In this difficult moment, Mother of Mercy, “Madre, Ven” [Come, Mother in Spanish]. The image of Our Lady of Ephesus arrived from Ephesus (Turkey) in Valencia to visit the sick, elderly, prisoners, and religious communities. — Thus reads the note from Ainhoa Clavel from COPE in Valencia. A Pilgrim Mother has been traveling through Spain since May and people come from their homes to greet her, give her flowers, offer her rosaries, hymns, and prayers. A phenomenon in a country that has a high number of non-believers: 38.7% are agnostic or atheist, and the number of non-practicing Catholics (39.9%) is more than double the number of practicing Catholics (17.6%) according to a survey published in August by the Center for Sociological Studies. — 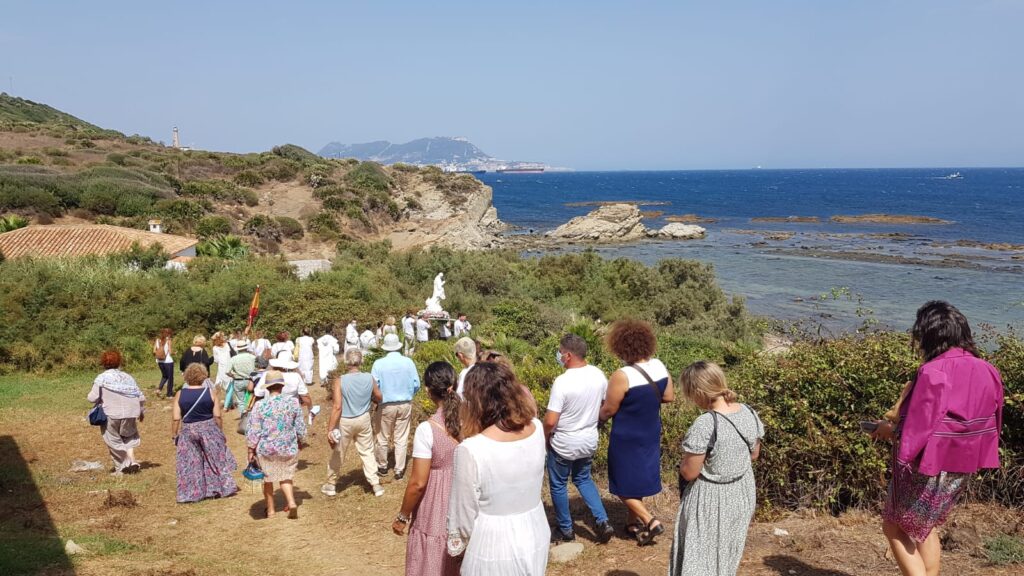 Our Lady of Ephesus arrived in Valencia on Saturday, 11 September, where she was welcomed at San Miguel and San Sebastian parish for the celebration of a thanksgiving Mass. On 12 September, the traditional Dawn Rosary departed from this parish at 0700 and arrived at San José de la Montaña church. On the same day, the archbishop of Valencia, Cardinal Antonio Cañizares, celebrated Mass at the cathedral.

In the afternoon, she was present during a prayer vigil with the Iesu Communio community. On 13 and 14 September, Our Lady will visit Picassent prison, the residence of the Little Sisters of the Abandoned Elderly, Cottolengo or several hospitals in Valencia. She will also attend a youth vigil in Hakuna and Effetá. And she will go through the streets of Valencia.

The “program” for her visits will be to create opportunities for encounter. And the people will go out to meet her so that she can be with them. A testimony of faith is visible on the Madre, Ven website, with pictures and videos. 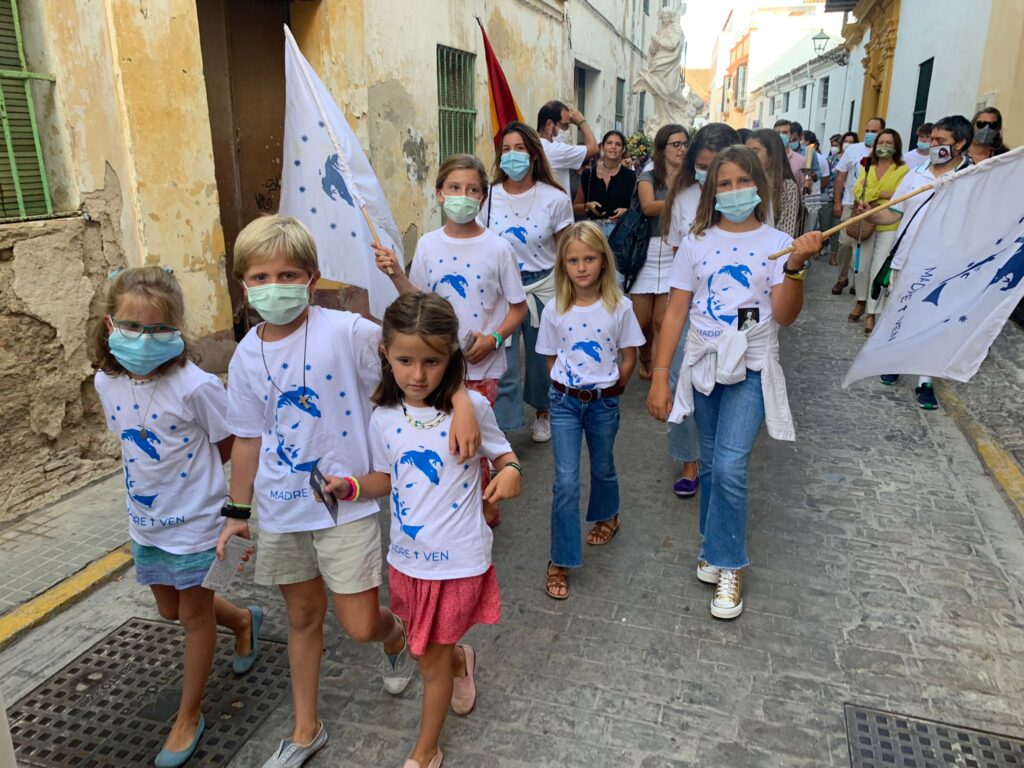 An encounter with the MTA

On 20 August, there was a special meeting in Córdoba. The Schoenstatt image of the MTA, our Mother Thrice Admirable, appears with photos, videos, and daily articles. Is “Madre, Ven,” a kind of Schoenstatt project? Yes. The MTA picture that appears in the photos is in the Monastery of the Immaculate Conception of the Slaves of the Eucharist and the Virgin Mary, a Puerto Rican religious order that follows Schoenstatt’s spirituality. 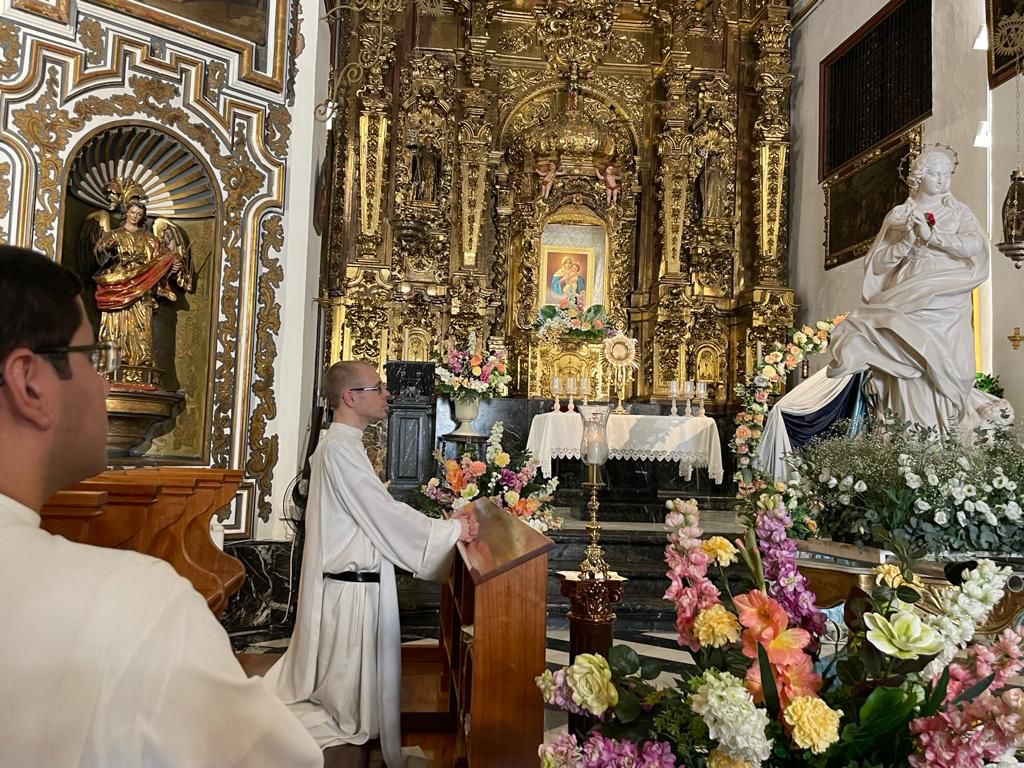 In Ceuta, with Our Lady of Africa

The organizers decided to include Ceuta in the places to visit, not only because it is the location for Virgin of Africa Shrine, but also because of the town’s importance to the Spanish infantry.

On 29 August, she visited the city. The Blessed Mother was received with all of the customary honors and the faithful were in Africa Square to give her a warm welcome. “The faithful wanted to see Our Lady of the Immaculate Conception, who protects all of the town’s residents, now more than ever with the coronavirus that remains present in our lives,” one can read in a article in “El Faro de Ceuta in Spanish. 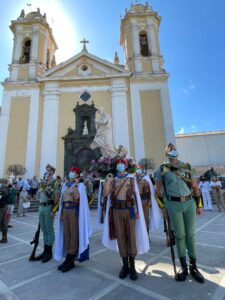 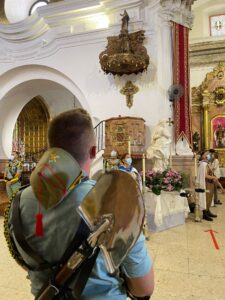 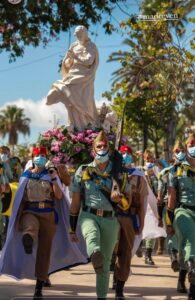 A few days earlier, she visited Algeciras Municipality. The Algeciras City Council has consecrated the city to the Immaculate Heart of Mary in front of the image of the Immaculate Conception. What a night and what a day! Consecration at Algeciras Church, attended by municipal leaders. An example for Spain. Some of the comments were very heartwarming: What a witness! You are great, because you are very human and holy, and you are right next door.” And then continues: “Just two more words: Christian witness and thank you.” Ambrosio Arizu commented: “The prayer in Algeciras for those who died in the Strait of Gibraltar touched me.”

But even more touching, perhaps, was how she was received by the prisoners. “The prisoners wrote letters, poetry, and sent drawings to the Blessed Mother,” Ambrosio explained.

“We think that we can do nothing better for Spain right now than to ask our Blessed Mother to come and visit us,” said Ambrosio in one of the first interviews about “Come, Mother.” We echo this. 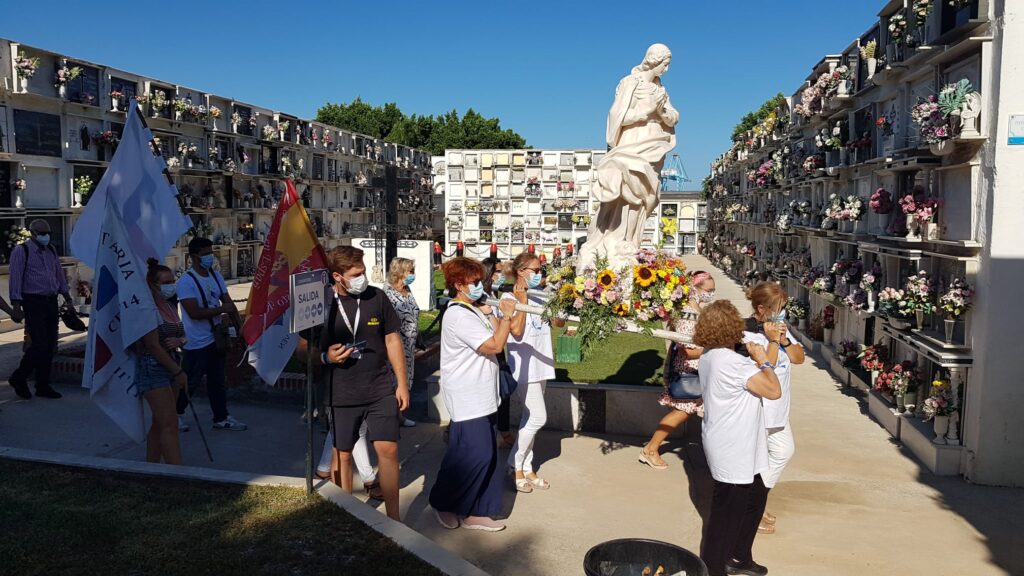 All articles about “Madre, ven” on schoenstatt.org 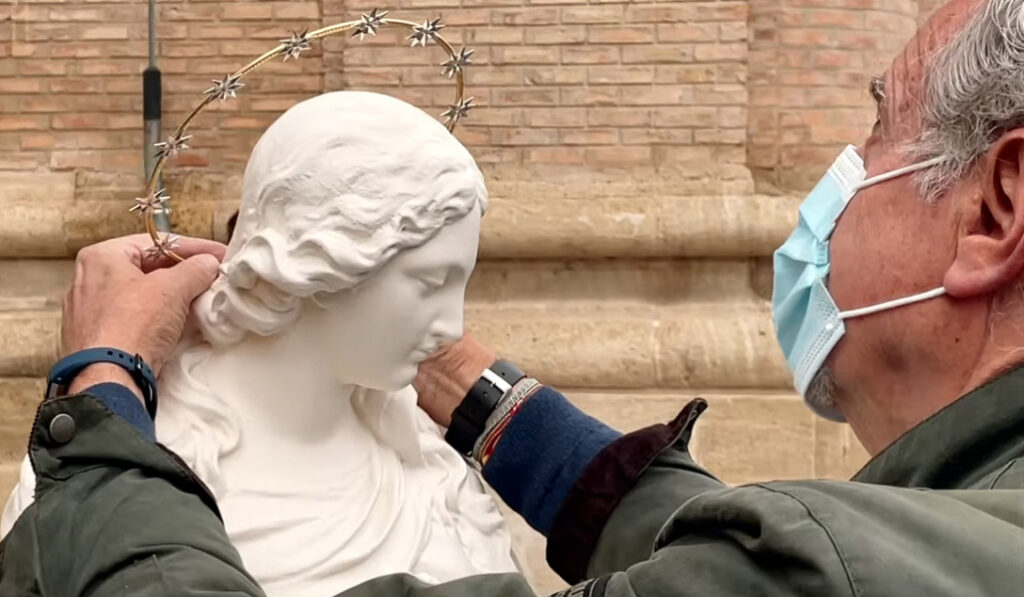