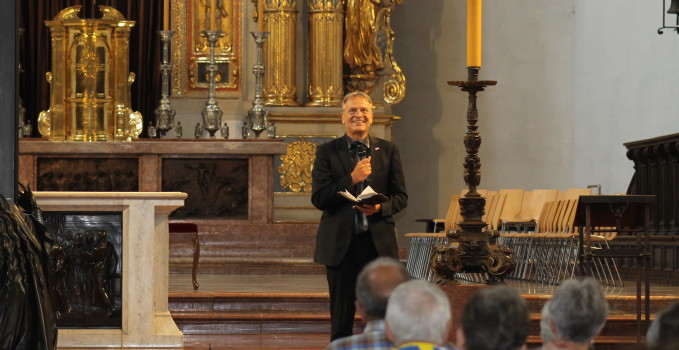 In the morning of 2 July, the morning of the Rally at the Stachus, out in the open and surrounded by shopping, strolling, or telephoning pedestrians on their way to watch football, a participant at the Congress “Together for Europe” managed to visit all six churches within which Christians of very different confessions had gathered simultaneously for ecumenical prayer. It was the conclusion of the Congress and spiritual preparation for the rally.

The other participants decided for one church in which prayers in a variety of languages had been prepared by a number of communities and Movements together. 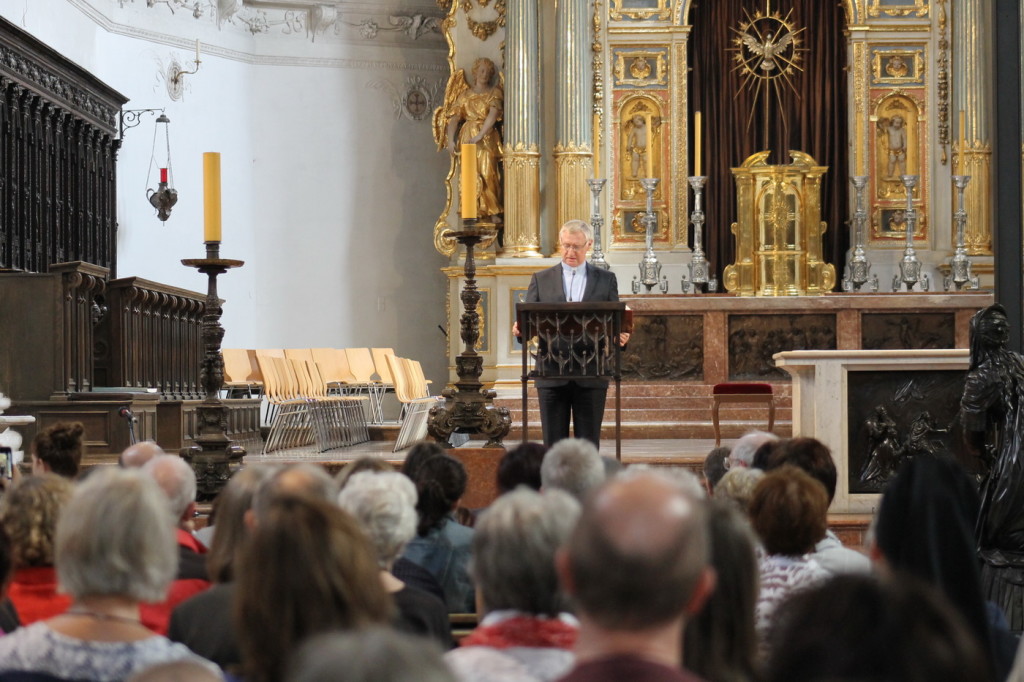 In the Church of the Trinity at Pacelli Square a prayer had been prepared in German and Polish. Then twenty Russians who had got lost suddenly joined in this prayer, and those responsible were accommodating enough to include them spontaneously. They organised translators and gave a sign of togetherness that no one will probably forget. At the end they asked for the blessing of the Triune God in three languages for three peoples. 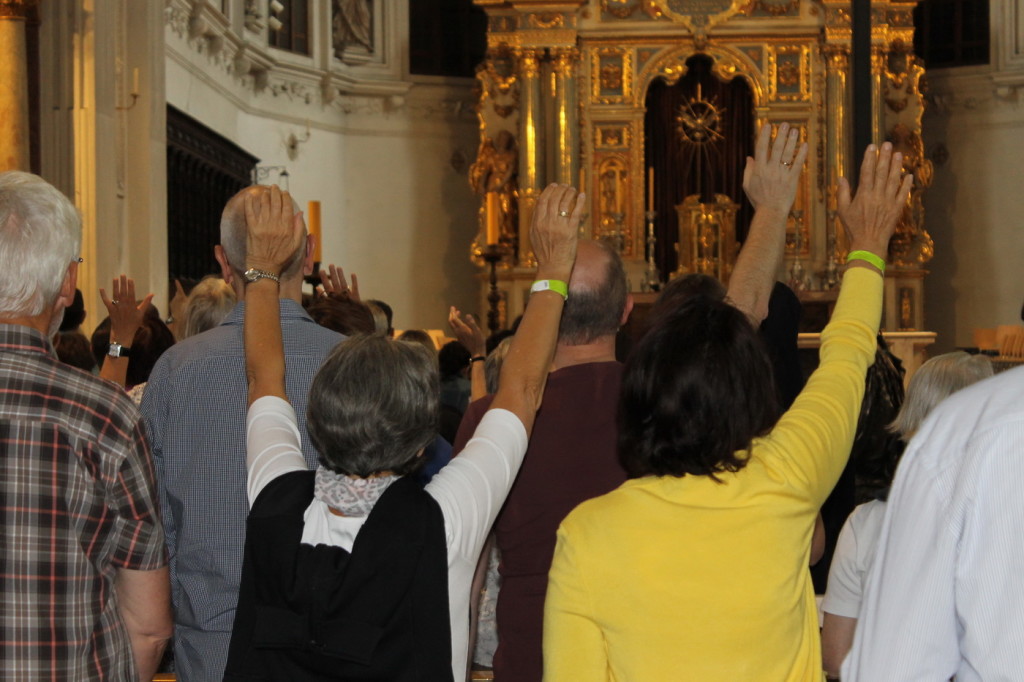 God has done great things for me

In the church of St Michael it was impossible to hear a single word of Spanish, which had been announced, but the musical contributions of the Immanuel Workshop of Praise from Ravensburg warmed the hearts of all, even if they knew no German.

Three Rosaries dangled from the wrist of a woman who lifted her arms in enthusiastic praise. Also a form of togetherness.

Bernd Oettinghaus of the Evangelical Alliance encourage everyone to show their togetherness as an “alternative to fear of one another”. The musical programme and speeches in the afternoon on the Stachaus were not decisive, he said, because “We are the programme”.  Taking the passage from the Bible about the encounter of the two women, Mary and Elisabeth, as his starting point, Fr Ludwig Guethlein, leader of the Schoenstatt Movement in Germany, encouraged those present to overcome the tendency to protect themselves and build their walls ever higher, and to set out to encounter others. What matters is simply to tell them what great things God has done for us. At the end this encounter found expression when all prayed in little groups with and for one another, and blessed one another – and then set out into the town to encounter the people who were walking unsuspectingly on the Stachus, perhaps to be touched by one or the other moment. 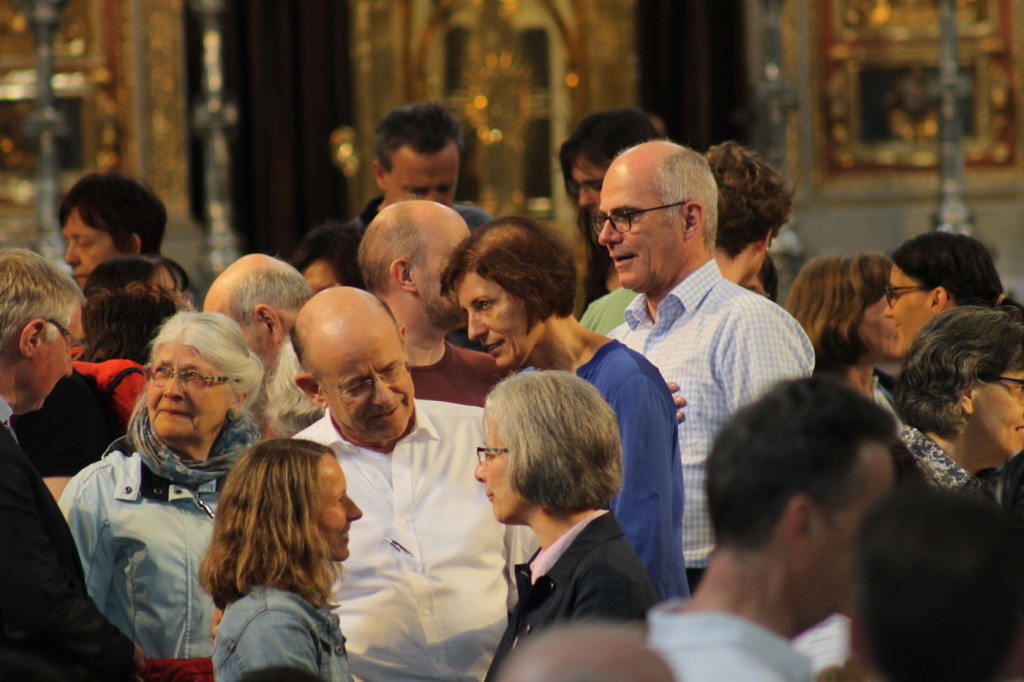