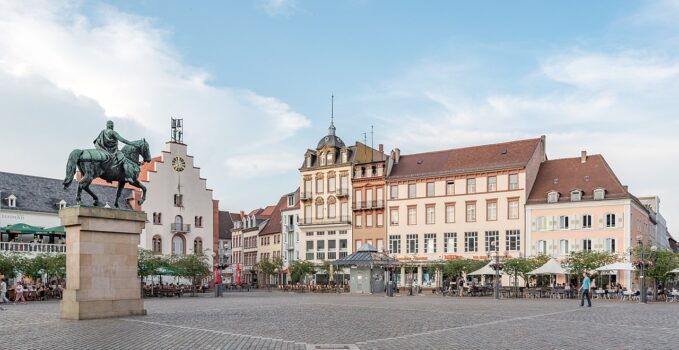 TOGETHER FOR EUROPE, Fr. Bruno Heinz •

Should we – or should we not, due to corona? So we asked ourselves in the run-up to the planning for the regional day of Togethr for Landau-Pfalz whether we should hold the conference or cancel it. We decided on the former, and in retrospect everyone thought it was a good idea. —

This kind of meeting was offered for the first time in 2015, at that time still in the common room of the Catholic Centre for the Elderly in Landau. In 2016 it was repeated in Landau. In the years 2017 to 2019, the regional meetings with increasing numbers of visitors took place in the Protestant Community Center in Hassloch. In 2020, the Catholic parish of St. Augustine provided rooms in the Heiligkreuz parish home.

Due to the distances and hygiene regulations that had to be observed, there were fewer participants than in previous years, but with 40 conference participants from the Southern Palatinate and neighboring Baden, the room in the community center of the Heiligkreuz parish in Landau was also almost fully occupied.

How God changes our heart 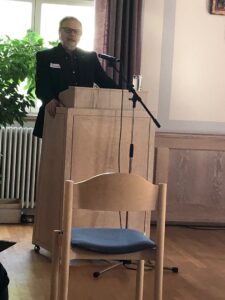 We all experienced refreshingly and authentically how Frank Heinrich from Chemnitz took us into his thoughts on the subject of “Love like crazy – how God changes our heart”. Through many biographical examples from his own life and faith story – from his experiences in his youth in the Salvation Army to his activities as a member of parliament in the German Bundestag – Frank Heinrich understood very well how central, how touching and how transcending the boundaries of his time on earth Jesus showed his love to people, even to those who seemed unlovable to the world. Today we are also called into this cycle of receiving and passing on his love.

After an extensive exchange in small group discussions about the first impulse talk in the morning, Frank Heinrich continued his thoughts on the topic in a second talk in the afternoon and then answered questions from the plenum.

Punctually we were able to close the conference at about 4 p.m. with a time for prayer and the blessing of the journey.

…brings together Christian Movements and Communities – over 300 in number spread across the Continent – belonging to different Churches. While preserving their independence, collectively they form a network to pursue shared goals, each bringing a contribution specific to their own charism.

A reality rooted in strong shared experiences; Movements and Communities – just as different from each other as European cultures, languages and regions – establish relationships of communion and fellowship in which full respect of mutual diversity is maintained.

Together for Europe wants to respond to a need for a “culture of reciprocity” in which individuals and peoples welcome and get to know each other and reconcile differences with mutual respect and support.

The Schoenstatt Movement is participating since 1999.

In Germany, there are now over 200 Christian movements, communities and fellowships on their way together. As independent groupings, they seek to work together in the diversity of different spiritualities, charisms and structures. The goal is not an organizational unity or a merging, but a lived community out of the richness of the different gifts. Numerous local iniciatives – such as “Together for Landau” – have grown out of “Together for Europe”.