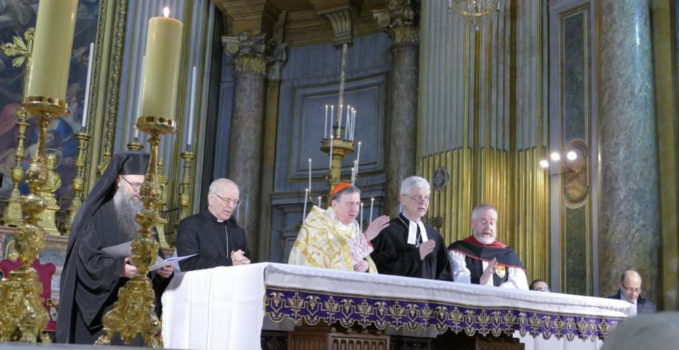 Among consolidated successes and new challenges on March 25, 2017, Europe celebrated sixty years of concrete commitment to achieve a united, peaceful and harmonious continent also in the diversity of its members.  To celebrate this milestone, and especially to entrust to God the future of the continent, today less clear than in the past, the members of numerous Christian Movements met again in Rome on the anniversary’s afternoon and had an international vigil of ecumenical prayer.  Schoenstatt also participated in the event and played a leading role:  not only because of the roles it assumed in the event, but mainly, because of its charism, along with its Covenant Culture, can truly give a abundantly to the European dream begun in the middle of the last century.

The past and the present

Rome, March 25, 1957:  the first treaties for cooperation among six European countries were signed, sowing the seeds of the future European Union.  The project was a united Europe, in a world still divided into blocs; it had among its pioneers three great statesmen who were of profound Christian faith: a Frenchman – Schumann, a German – Adenauer, and an Italian – De Gasperi.  Sixty years later the perception is that the European Union lacks a bit of “soul,” that the commercial and economical unification needs to be based on a “spiritual” support so that that dream does not remain in a project limited to customs houses and chanceries.

The project, Together for Europe, points precisely to this.  It is an ecumenical web with about 300 Christian communities and Movements from diverse Christian creeds and experiences present in thirty countries from the Urals to the Atlantic, from the North Sea to the Mediterranean, with one foot in each millennium.  Together for Europe wants to bear the contributions from the different spirituality of the multiple charisms and ways, to achieve a united, multicultural Europe with a strong social cohesion motivated by being a brotherhood and a messenger of peace that is aware of its own responsibilities in the world and always attentive to the human person and his/her dignity.

The prayer vigil – united around Jesus

Amidst the highest security measures in the Basilica of the Twelve Apostles, a few meters from where, on the following day, the European leaders would gather, meeting again as in a Cenacle were faithful Catholics and Orthodox from various reformed churches.  Cardinal Kurt Koch, President of the Pontifical Council for the Unity of Christians, presided at the liturgy.  Other prelates and pastors from different rites and creeds accompanied him.

Like all proper celebrations, it began with a hymn and after the participation of Andrea Riccardi, founder of Sant’Egidio, along with the Focolare Movement – one of the more active groups in the heart of Together for Europe – the assembly’s prayer came forth: in gratitude for sixty years of peace, the falling of the walls, prosperity and forgiveness for the many departures from responsibility, indifference and egoisms – that still today, mark political elections and human lives as in the case of embracing refugees.

The reading from Holy Scripture referred to peace and progress, Providentially conquered: “…and their people will say, ‘Let us go up the hill of the Lord, to the Temple of Israel’s God.  He will teach us what he wants us to do; we will walk in the paths he has chosen.  For the Lord’s teaching comes from Jerusalem; from Zion he speaks to his people.’  He will settle disputes among great nations.  They will hammer their swords into plows and their spears into pruning knives.” (Is. 2:3-5).  On the foundation of three great Christian personalities, stimuli for the future resounded:  “I dream of a new European humanism… a young Europe, capable of still being a mother.” (Pope Francis), “How can we Christians transform our continent appealing to a spiritual power? In unity.” (Heinrich Bedford-Strohm, President of the German Evangelical Church)  “Peace is not the goal of history:  it is the beginning of a history tied to the future.” (Bartholomew I Patriarch of Constantinople).

A woman – a Syrian refugee mother in Italy – moved those present and recalled how important it is to not underestimate the gift of peace, while the general moderator of Together for Europe, Gerhard Pross, posed the invitation anew to give a convincing YES to Europe from all Christians.

Thus they arrived at the pinnacle of the liturgy, the proclamation of the Gospel (MT 5: 13-16) that recalls the mission of Christians, also on the old continent:  To be salt of the earth and light of the world.  A commitment, recalled the Secretary of the Italian Episcopal Conference, Bishop Nunzio Galantino, of carrying out in the proposal and in the credible and attracting testimony – because faith is spread by attraction, not by proselytism, a light which is blinding, or a very salty dish that generates rejection. 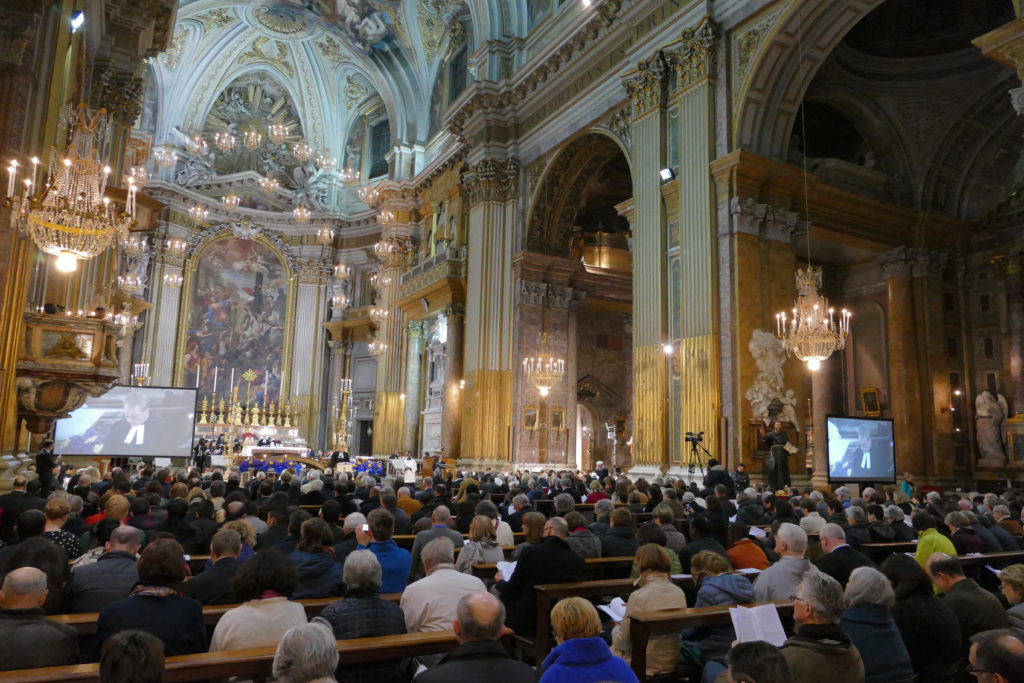 The role of Schoenstatt 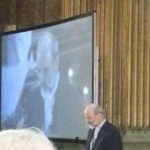 In the concluding acts of the vigil, we first saw Father Heinrich Walter, member of the Leading Committee for Together for Europe.  Before the Our Father and the Sign of Peace – and before the final blessing – he gave the introduction.  The vigil closed, just as it began, with Schoenstatt having had the honor as host.  The introductions had in fact been entrusted to Pamela Fabiano, responsible for the Girls’ Youth of the Movement, who along with Sr. María Julia de Almeida from the Schoenstatt Sisters of Mary, had also collaborated in the organization of this event.

Besides these contributions, in the evening, Schoenstatt’s vocation for Europe clearly emerged, the specific contribution which the Movement can give: born in the heart of Europe, at the dawn of a century that saw Europe itself dissolved in order to find itself again. In its DNA, Schoenstatt has the vocation to build attachments and to prolong itself in others foreseeing different levels of union and participation, to fulfill common causes, like all the Shrines that are the same throughout the world, respecting differences.

Covenant Culture, proper to Schoenstatt, appears as necessary yeast for today’s Europe.  The challenge only begins.

“Together for Europe” as a Schoenstatt Movement