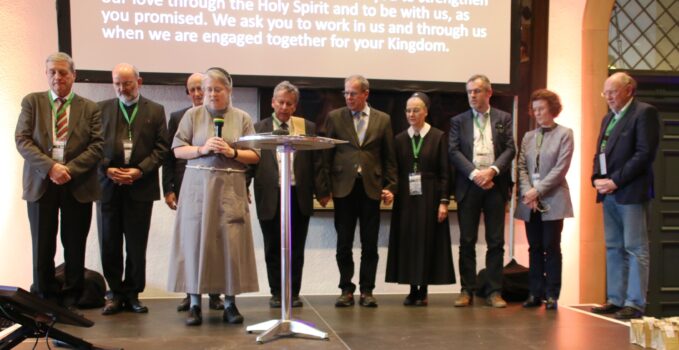 TOGETHER FOR EUROPE, Editorial Office •

“The Fall of the Wall for Christians” – this is the title of an interview in the Newsletter of Vatican News (German) on November 11th with the press references of the network “Together for Europe”, which celebrated its 20th birthday in Ottmaring and Augsburg with a meeting weekend and celebration.—

“At the place where 20 years ago representatives of the Lutheran World Federation and the Catholic Church signed the Joint Declaration on the Doctrine of Justification, about 300 representatives from 55 Christian communities and movements of various churches from 25 European countries came together”, Vatican News reports, and: “In the afternoon of the same day in 1999 the first group of responsible persons of various Catholic, Protestant and free church groupings came together in Ottmaring near Augsburg – the hour of birth of the network “Together for Europe”. And by no means did the meeting take place by chance on the 30th anniversary of the fall of the Berlin Wall.” 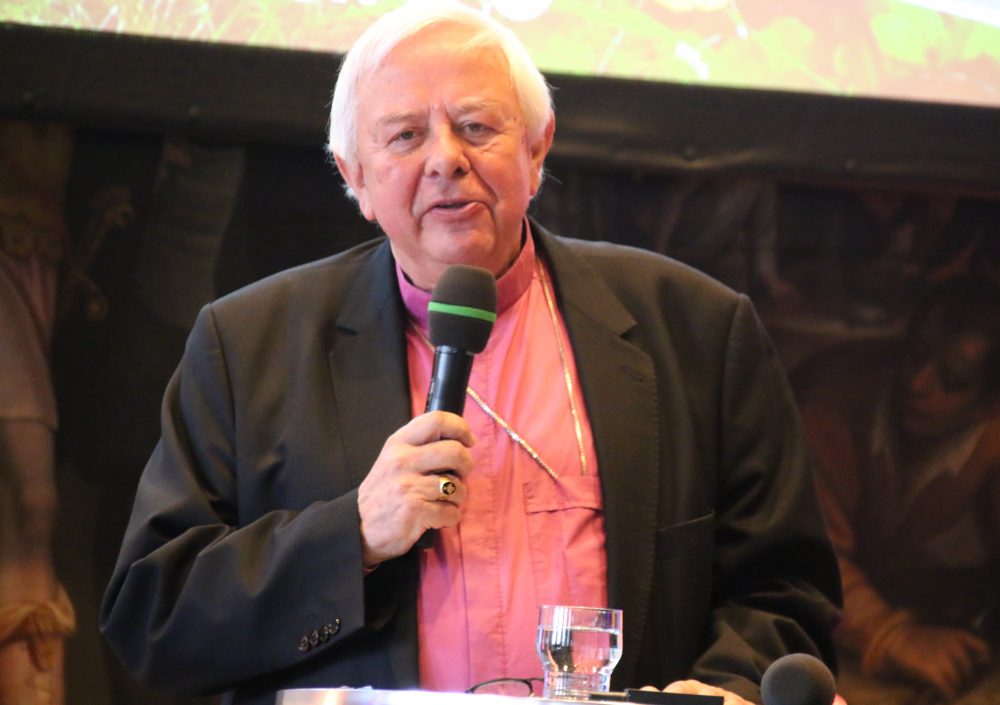 Unity in diversity is also a challenge within the church

“You are ambassadors of reconciliation,” the former Protestant bishop Christian Krause encouraged those present. He had co-signed the “Joint Declaration” in 1999 as then President of the Lutheran World Federation and, as one of the contemporary witnesses, recalled the many encouraging steps that have been taken in ecumenism since then. In the current climate of increasing Euro-scepticism and political polarization, it is precisely the experience of movements and spiritual communities of reconciled diversity that is needed.

Bertram Meier, current diocesan administrator in Augsburg, underlined the importance of this ability to reconciliation in dialogue with his Protestant colleague Regional Bishop Axel Piper. “Unity in diversity is also a challenge within the church. It is about learning to understand each other, not only from the mind, but also from the heart. Piper confirmed that exactly this effort also shapes the ecumenical relations in Augsburg: “But we must remain curious about each other, we must be interested in each other, because we can learn a lot from each other”.

Avoiding the temptation of organizational structures

The testimonies from different European countries highlighted the concrete approaches for the implementation of this relationship network: In Hungary, for example, it encourages Christians of different denominations to together help people in need and isolation, even in the transit camps for refugees.

Gerhard Proß, moderator of the Ecumenical Network, outlined perspectives for the future: It is necessary to resist the temptation to develop new organisational structures and instead to deepen the topic of reconciliation. In the current climate of disappointment, the loss of credibility of the churches and the lack of a spirit of optimism, there is a great opportunity to testify to the positive experiences between ministry and charism, between church leadership and charismatic expressions of life of faith in the movements. “In times of drifting apart and tendencies towards isolation we want to be a prophetic sign for a credible coexistence in Europe”. 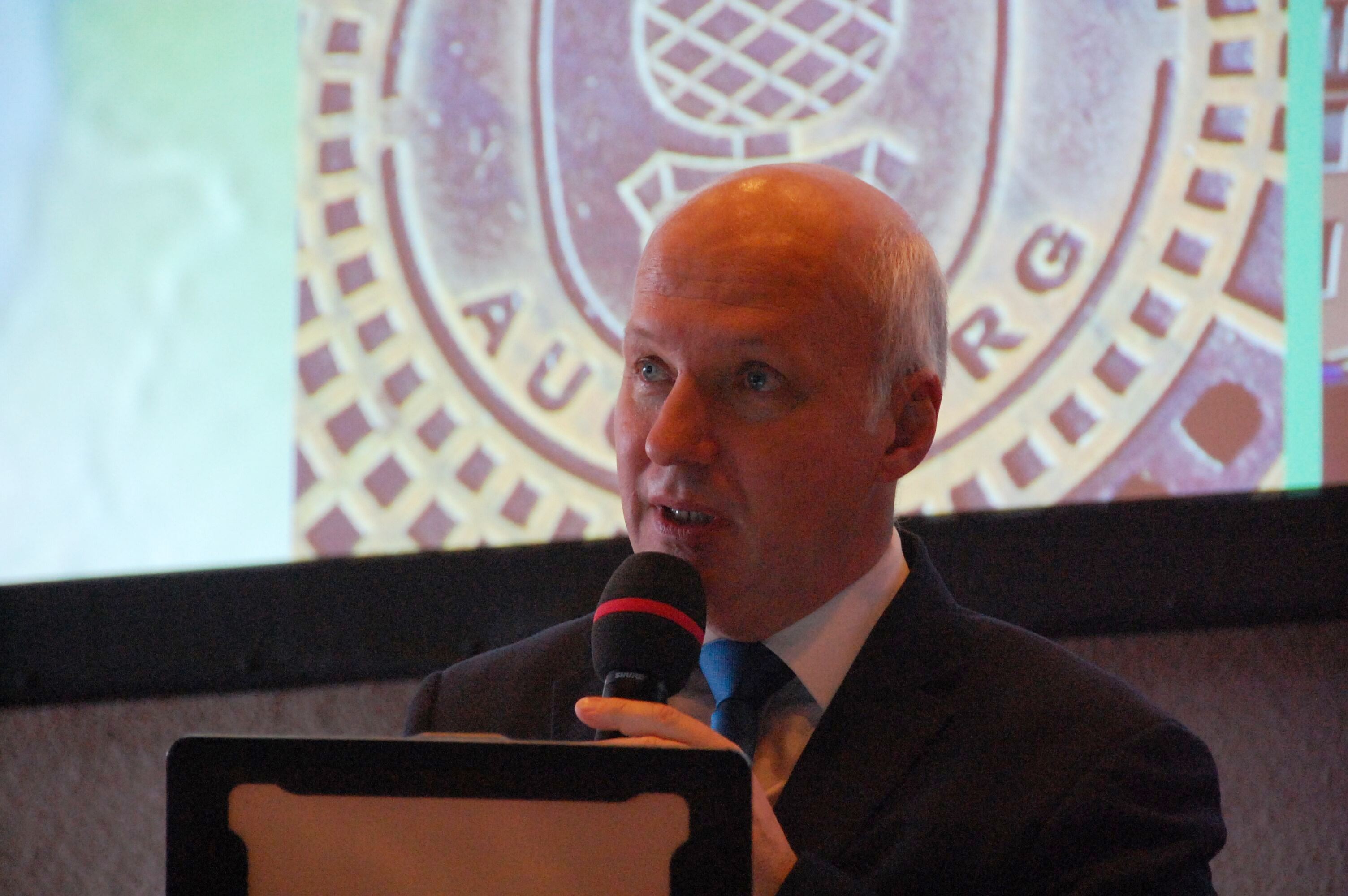 We must become active citizens

Czech Senator Pavel Fischer made an important contribution to the socio-political dimension of “Together for Europe”. He described a current picture of the commitment to freedom and human dignity in the context of a strongly media-influenced society in Europe. “We must become active citizens, have the courage to stand up for others, for the weak, to speak up for justice,” he invited the audience. “Christians in Europe can help to make the diversity of voices audible and the many different facets of a theme visible.

The international ecumenical network “Together for Europe” celebrated its 20th birthday for three days. At the end of the Saturday feast day, there was an ecumenical prayer for Europe in St. Anna’s Church in Augsburg. The network includes representatives from more than 300 Christian communities, including numerous YMCA, the Community of Sant’Egidio, the Focolare Movement and the Schoenstatt Movement. The celebration was integrated into a meeting weekend in Ottmaring near Augsburg with 180 representatives from different European countries. 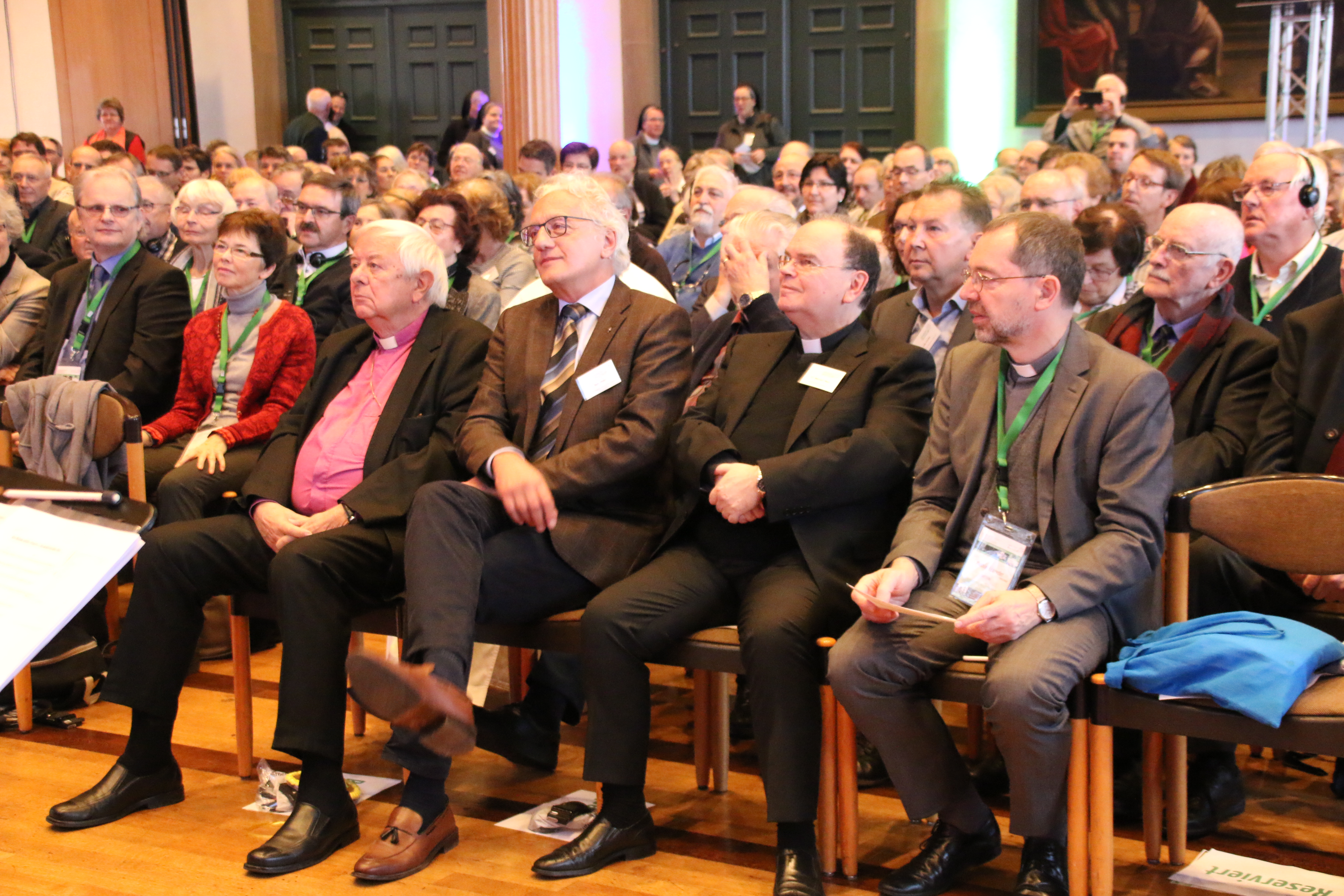 With material from Together for Europe, Vatican News and epd.

Photos: Press Office Together for Europe

“Together for Europe” as a Schoenstatt Movement