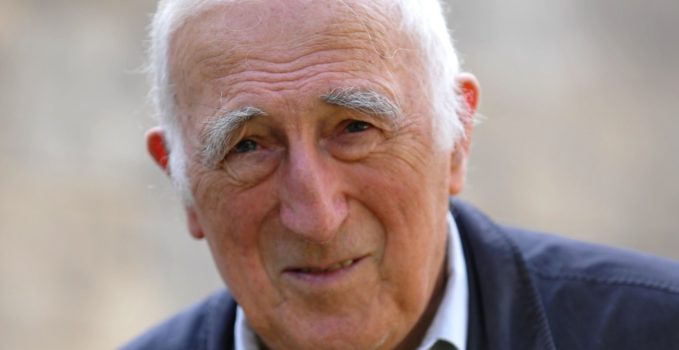 FRANCE, Editors of schoenstatt.org, with material from AICA •

In the early hours of 7 May 2019, the Canadian philosopher and theologian, Jean Vanier, founder of the L’Arche communities that serve people with disabilities and their families, died at the age of 90. — 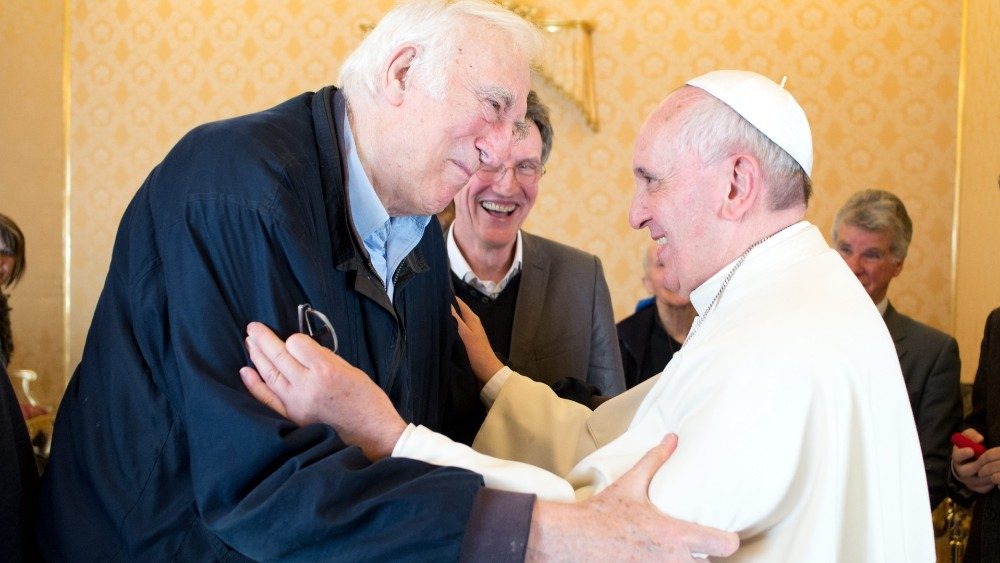 On his flight to Macedonia Pope Francis was informed about the death of Jean Vanier and prayed for him and the entire L’Arche community. After meeting Jean Vanier in March 2014, the Pope described him as “a man who smiles and encounters others”.

Active and enthusiastic until the end, in the last few weeks Vanier experienced a clear deterioration of his health caused by cancer. On this account he was admitted to palliative care in the Maison Medicale Jeanne Garnier in Paris.

Jean Vanier was born in Geneva, Switzerland, in 1928 to a Canadian diplomatic family. He was the fourth of five children, a number of whom were artistically gifted and deeply spiritual. One of his brothers became a Trappist monk, another is an artist, and still another works in palliative care. His father experienced the First World War and later became a Canadian diplomat with the League of Nations in Geneva. In 1959, when Jean was 30, his father was appointed Governor General of Canada.

When he was 13, during the Second World War, Jean joined the navy and spent nine years in the British Navy, where he learnt how to be hard and efficient. That was no place for weakness. However, he saw a great deal of weakness: People deported from the war, refugees, the wounded and even survivors of the concentration camps. When he was 22 he felt “Jesus inviting him to leave everything and follow him.” He began to study philosophy and thought of becoming a priest.

In 1964 be began living with a small group of disabled men. This was the beginning the great adventure of L’Arche, which is based on communities in which people with and without disabilities live together.

Vanier was a philosopher and thinker. In 1962 he completed his doctorate in philosophy with his thesis: “Happiness: the beginning and end of Aristotelian Morality”. In that year he began to lecture in philosophy at the University of Toronto.

In the academic world he confirmed his experience of decisiveness, intelligence, brilliance, necessity and competence. … However, all this was unimportant when dealing with the disabled. For him the intellect and words were less important than the body, presence, emotion, embrace. What was really important was the relationship with and treatment of people.

As the author of a number of books he highlighted simple things again and again: a hug, a smile, a game, accompanying, prayer with gestures, even the hours spent in sleep. He wrote that for people and communities it is important to sleep ever better, because then we are less irritable, calmer, and less inclined to “do” and “be effective”. All together they help faith and friendship, things that belong together.

They began in 1964 when two disabled men settled with Jean Vanier in a semi-derelict house in the little village of Trosly-Breuil, France.

The message of L’Arche is to discover what is common to all people: to love and be loved, and to develope one’s personal gifts to the greatest extent possible.

Again and again he presented the communities as schools of love: He reminded people that the apostles who accompanied Jesus sometimes had their battles, but with him they remained together, because they were called to grow together.

His teaching and his example inspired many other Christian communities of various confessions. Jean Vanier’s L’Arche is present today in 38 countries with more than 150 communities.

In 1971, together with Marie-Helene Matthieu, a French woman who manages the Christian Disabled Office, he promoted an Easter pilgrimage for the disabled and their families and friends. It became the start of the communities of Faith and Light for many relatives, families and friends of disabled people, and now has more than 1800 communities worldwide.

In 1977 Jean Vanier received the Paul VI prize presented by Pope John Paul II. The Polish Pope said that his work was “a seed of Providence for a genuine civilization of love, as sign of a truly human family, a completely civilised society and an authentic, Christian Church.” In 2015 he was presented with the Templeton Prize. In 2016 he was awarded the French Legion of Honour.

The L’Arche communities are members of the network of movements in “Together for Europe”. 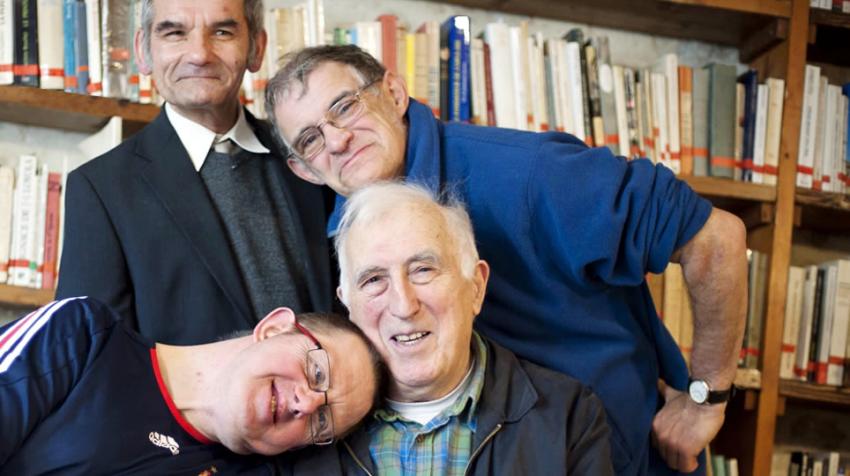