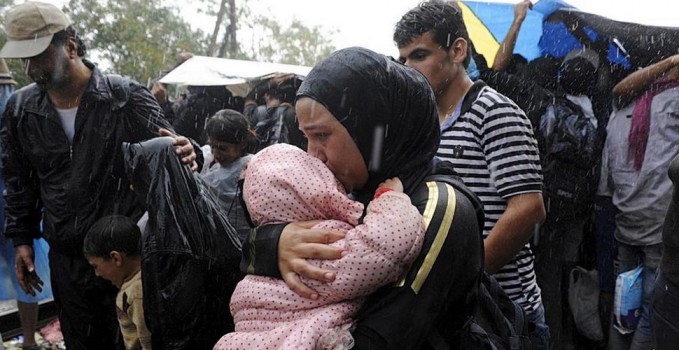 Posted On 21. January 2016 In Francis - Initiatives and Gestures

Works of Mercy in the Pope’s Diocese

FRANCIS IN ROME – WORKS OF MERCY •

During the Sunday Angelus on 6 September 2015, Francis invited all parishes, beginning with his Diocese of Rome, to host a family of refugees. Two Vatican parishes, St. Anne and St. Peter’s responded to this request in collaboration with the Papal Almoner, Archbishop Konrad Krajewski and with the St. Egidio Community.

On 14 January, the Vice-director of the Press Office, Ciro Beneditini, announced that the new refugees welcomed were a woman from Eritrea along with three children and another young mother and small son also from Eritrea.

The two Eritrean women and their children were hosted in a “large apartment” in the Via Gregorio VII area.

Last year, St. Anne’s Parish hosted a family from Syria consisting of two parents and two children, in an apartment close to the Vatican. 2,000 homeless invited to the Circus

The news was communicated through a note issued by the Office of Papal Charities, led by Archbishop Konrad Drajewski, who is in charge of carrying out pontifical works of charity.

The initiative took place in collaboration with the Rony Roller Circus of Rome.

The show began with a song dedicated to the Pope and interpreted by a Spaniard without financial resources, who lives with a daughter and frequently uses the showers and barbershop that the pope had built several months ago for the poor and the needy.

The participants enjoyed the circus; moreover, they also had a mobile hospital at their disposal allowing those who desired or needed to receive a medical examination the opportunity.

The local media explained that these people invited were transported to the show site in buses the Vatican usually provided for bishops and cardinals, who offer their service to the Roman Curia.

Throughout his pontificate, Pope Francis has paid special attention to the most needy people in society with gestures such as giving away umbrellas tourists leave behind in the Vatican museums or by inviting the homeless to a charity concert at the Vatican.