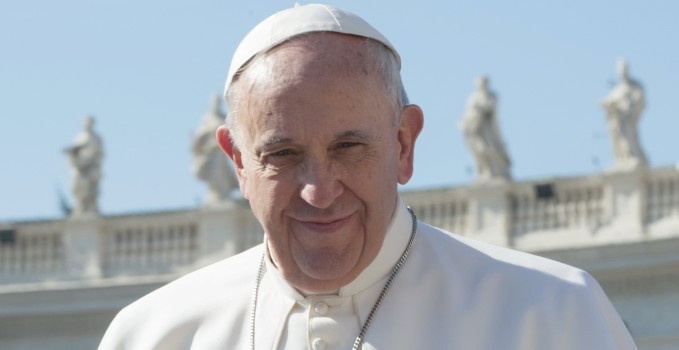 Posted On 2016-01-19 In Covenant solidarity with Francis, Francis - Message

As if spoken to us: Francis on education

In this week’s “as if spoken to us” message we draw from the video message sent to the participants of the 24th Inter-American Congress on Catholic Education in Brazil that took place in Sao Paulo from 13 to 15 January.

This week we read, we listen to the message given to the teachers of Brazil as if it were directed to us, to a Movement that often defines itself on its pedagogy, from its vocation for education, and especially to a Movement that has more schools, kindergartens, colleges and universities than all the other missionary, social, family and pastoral projects put together. To a Movement whose social projects for children highlight education

I thank you for what you do for education, it is probably one of the biggest challenges.
You know that education, in a world where the centre of organization is not on the person but on fear, in this kind of world, we are increasingly turning to elitist education and, I would even say, nominalist education, where they [students] receive content that is taken at face value but does not complete the whole human being, because the person, in order to feel that he is a person, has to feel, has to think, has to do.
These three very simple languages: the language of the mind, the heart, the hands.

Let us reflect on this message based on what we know from Fr. Kentenich:

What is Francis saying to me, what does he say to us as a school… college… university?

What do I tell myself in response?

How do I respond to Francis, in covenant solidarity, in the language of the mind, heart and actions?

We invite you to share your thoughts because we believe that God speaks to us through Francis.

We invite you to enter into dialogue with Francis, a dialogue that creates encounter, a culture of encounter, which is a covenant culture.

We invite you and open this space to enter into dialogue, by leaving your responses in the comment section below and by responding to others who have commented.