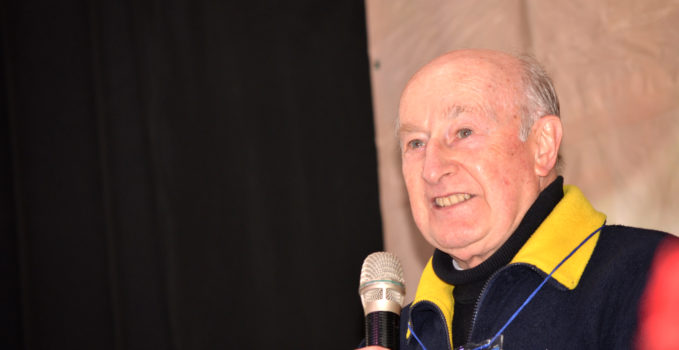 “With the death of every person who dies, a world dies”, Gerhard Hauptmann says, “and everyone who dies takes something of us with them.” And he leaves something of himself with us. As Christians, we know that he/she remains with us. When Fr. Humberto Anwandter, of the Schoenstatt founding generation and of the Chilean Schoenstatt Fathers, died on July 29, a great one died, a covenant story, especially a covenant story with Fr. Kentenich and of bringing the newest generations to the prophet. The memory remains, not of a museum; but rather of a covenant.  In his words and his many books, and that we make our own in what we heard and read about him, remains with Schoenstatt and it continues to be a source of orientation in our search for the Schoenstatt road of the 21st Century.

The day of his death, a member of the schoenstatt.org editorial team found a video published several years ago in Schoenstatt Vivo, that upon receiving permission from Fr. Rafael Fernández, we joyfully share here and we also subtitled it for English, Portuguese and German speakers. In this video prior to the 100 years of the Covenant Jubilee, Fr. Humberto Anwandter commented what he expected of Schoenstatt for 2014, “2014 was the centenary of Schoenstatt’s beginning, as such, it is anniversary of the founding act of the Covenant of Love in the Original Shrine.”

He spoke of seeing “that fundamental source that gave it its birth, which is the Covenant of Love attached locally to the Shrine” and of the creative loyalty and the dimensions of the Covenant of Love – with Mary, the Trinity, and the family: “It is only an individual covenant, and one that creates family attachments. It has a vertical and horizontal dimension, and I believe that that dimension has to been deepened and updated.”

A few weeks from the 50 years of Fr. Kentenich’s death, he is calling us to deepened the attachment to Fr. Kentenich and to grow “in the dimension of personal attachment, as well as the knowledge of his charism, his message of what he has to contribute to the Church, but confronted by the challenges of the present era: the reality of the founder’s charism. And that, in the Family, invites to us to update him and introduce him in this way.” 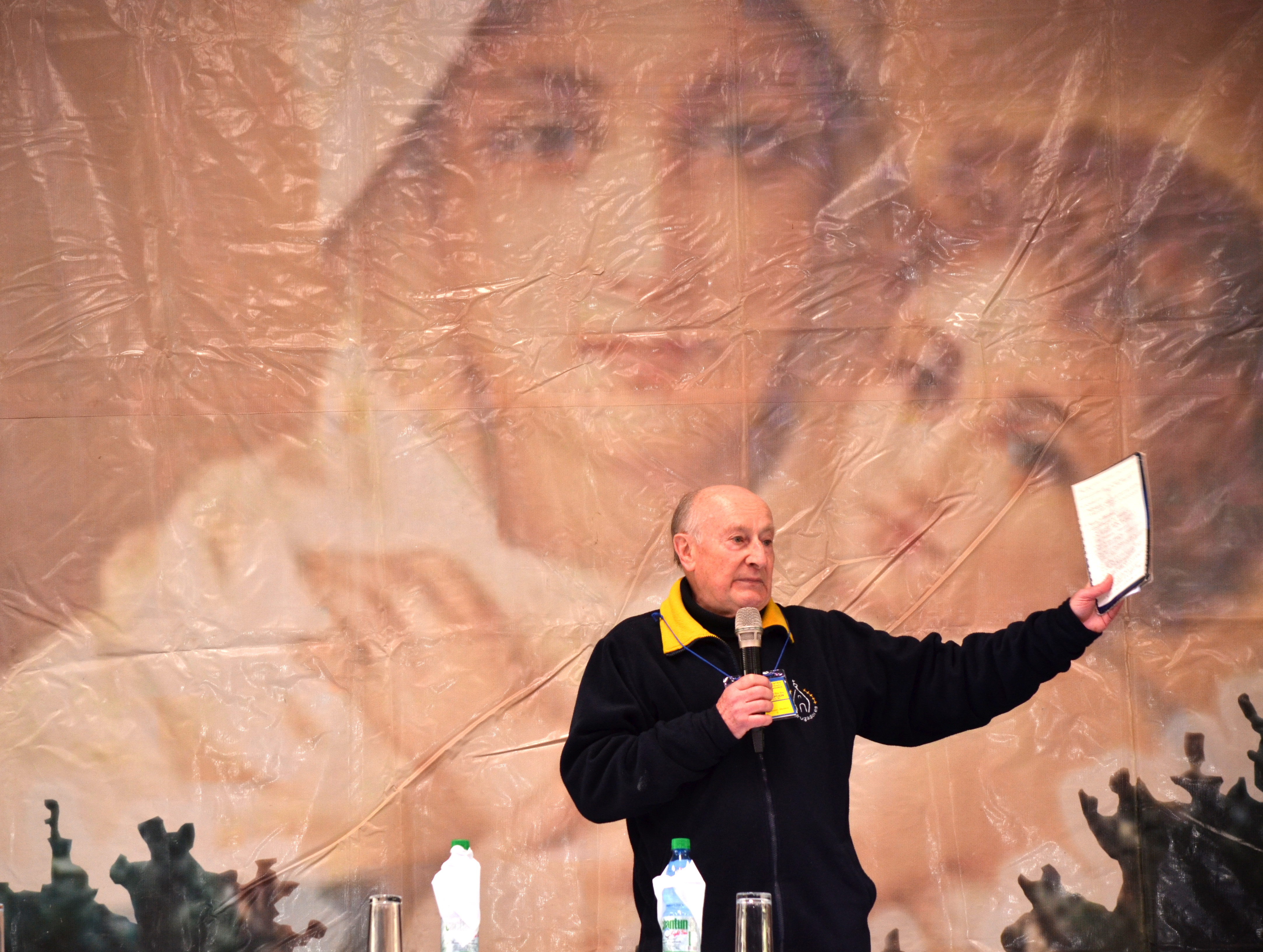 “Perhaps it would be a second dimension of that creative loyalty that after 100 years Schoenstatt should already be in increasingly better condition of projecting itself in its service to the Church and society, that is being the heart of the Church, more the heart of the Church, so that the Church will be more soul to society. And I believe that this a great challenge that marks us departing from the year 2014.” As of now.

For Schoenstatt of the 21st century, the second century of its existence and 50 years after Fr. Kentenich’s death, what Fr. José María García commented recently remains, “The request that what the founding generation has is not lost or that remains as a memory of an era. They are the ones that understood, lived, and gave themselves for the Father’s charism and the Blessed Mother’s mission. And this should be our point of reference to the subsequent generations…The pulse of the time will be taken by every generation, but the identity and the original dynamic will be embodied” …by people like Fr. Humberto Anwandter. 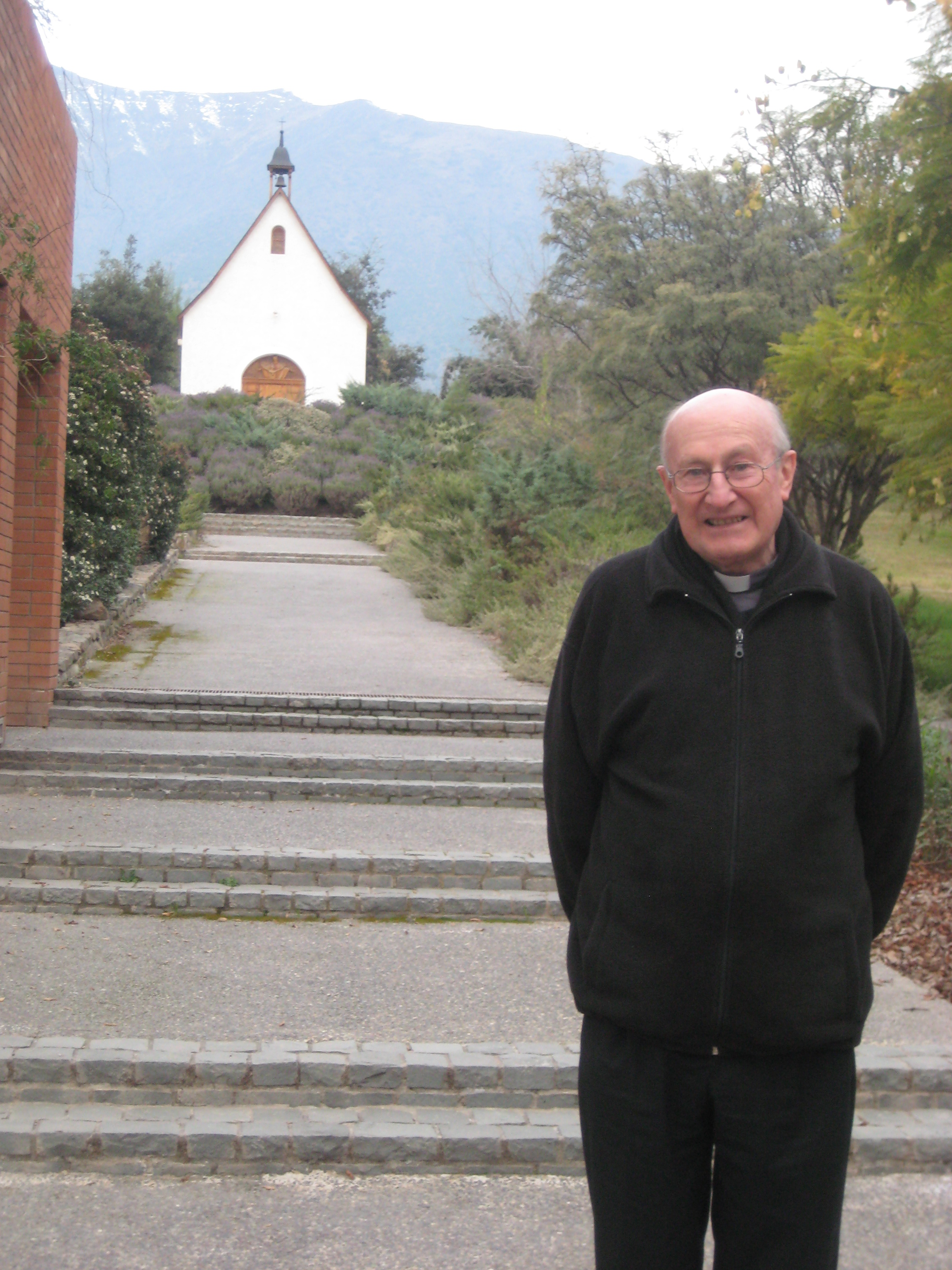