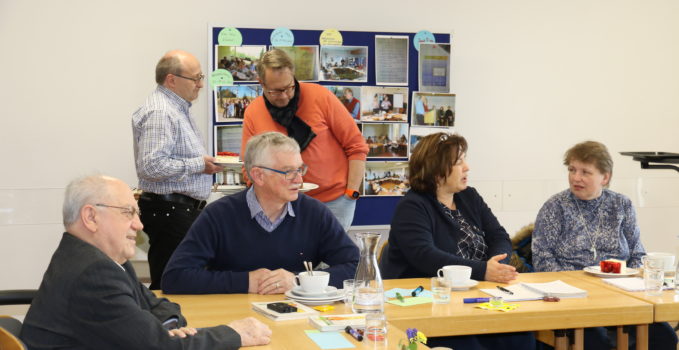 “Around the Table” – Leaders and Business People for Ten Years

It was almost at the end that the words were spoken that describe these ten years of IKAF, and at the same time the next year’s programme and challenge: Around the Table. With these words Fr Kentenich described his concept of communication. “Around the Table” – that is the new name for the biennial meeting of leaders and business people prepared by the International Kentenich Academy for Leaders (IKAF). — 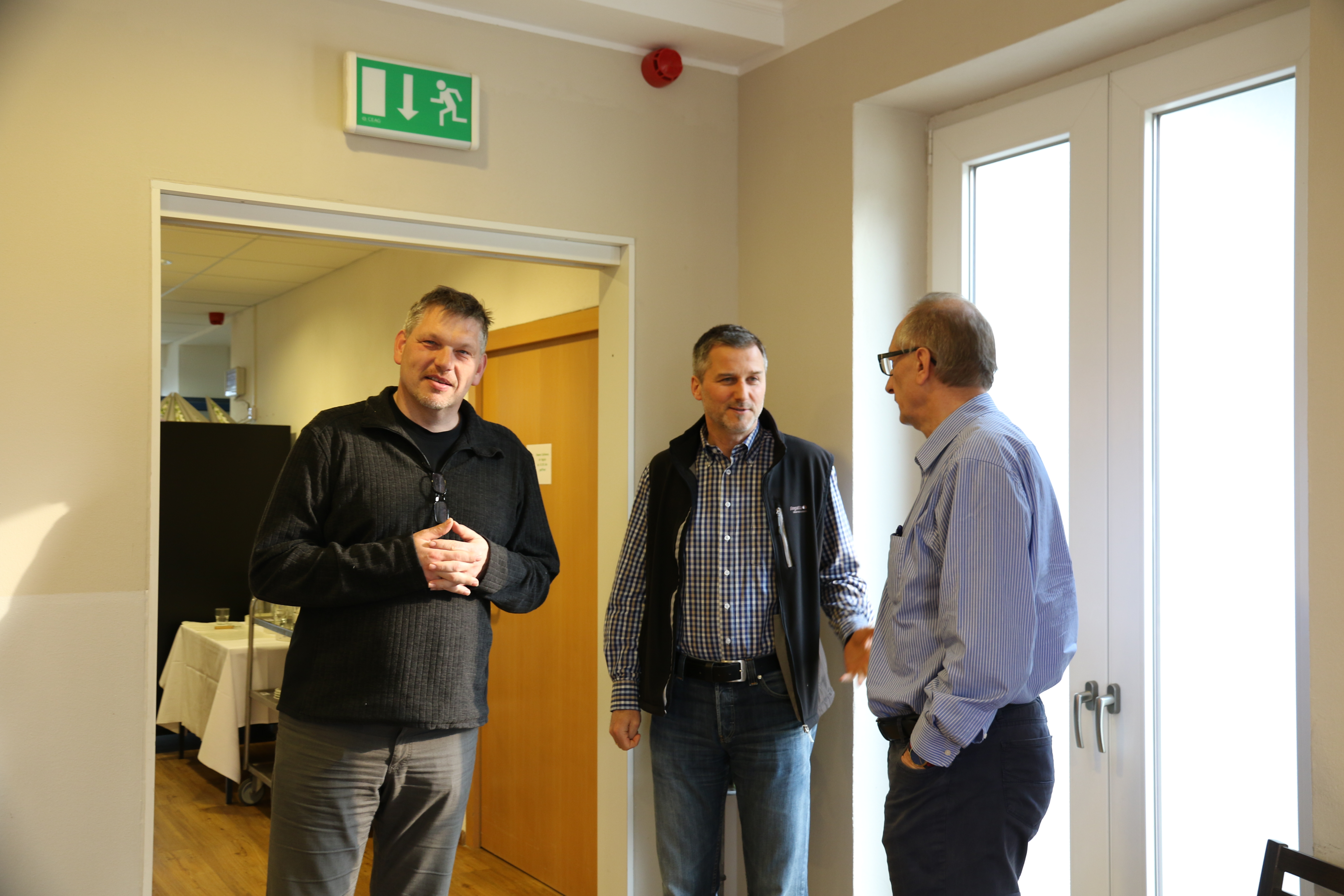 Around the table: Fr Kentenich developed this concept already in the founding period and applied it as a model in the MTA magazine. The name is taken from the periodical “Echoes from Home” (Heimatklaenge), which he published for the Schoenstatt Sisters of Mary working overseas. In it there was a section for experiences, reports, inspirations and questions entitled “Around the Table”: “We have to imagine ourselves seated around the table”, he wrote, and thus anticipated by many years an image used by the Second Vatican Council for the Church media as “a round table” where internal conversations took place under the conditions of a free expression of opinion and the equality of all ecclesial groups and positions.

Around the table: that is the opposite of passive consumption and supervisory communication from the top down. At least every second article in the MTA magazine contained a request to take a stand to it, or to express an opinion about a previous article. What was expected was not just feedback, but a genuine exchange of opinions and experiences in the sense of mutual inspirations, information, questions and democratic processes for forming opinions and actions. It was valued as such by those involved, as well as the readers and authors of the articles.[1]

Around the table is not in the first place a project, but an attitude. It is also a method. In the case of the meeting of leaders and business people over the last ten years it developed into the method for conducting the whole conference. The lawyers and architects, the leaders of institutions caring for families, media representatives, the leaders of conference centres, the CEOs of international concerns and their marriage partners, spend a whole weekend talking about successful life-processes in their work, and questions arising from leadership processes, they comment and help, they complement with their own similar or other experiences, and need neither a programme nor set subjects, because even the brief inputs are nothing else than relating experiences. Real stories, as we say in schoenstatt.org. 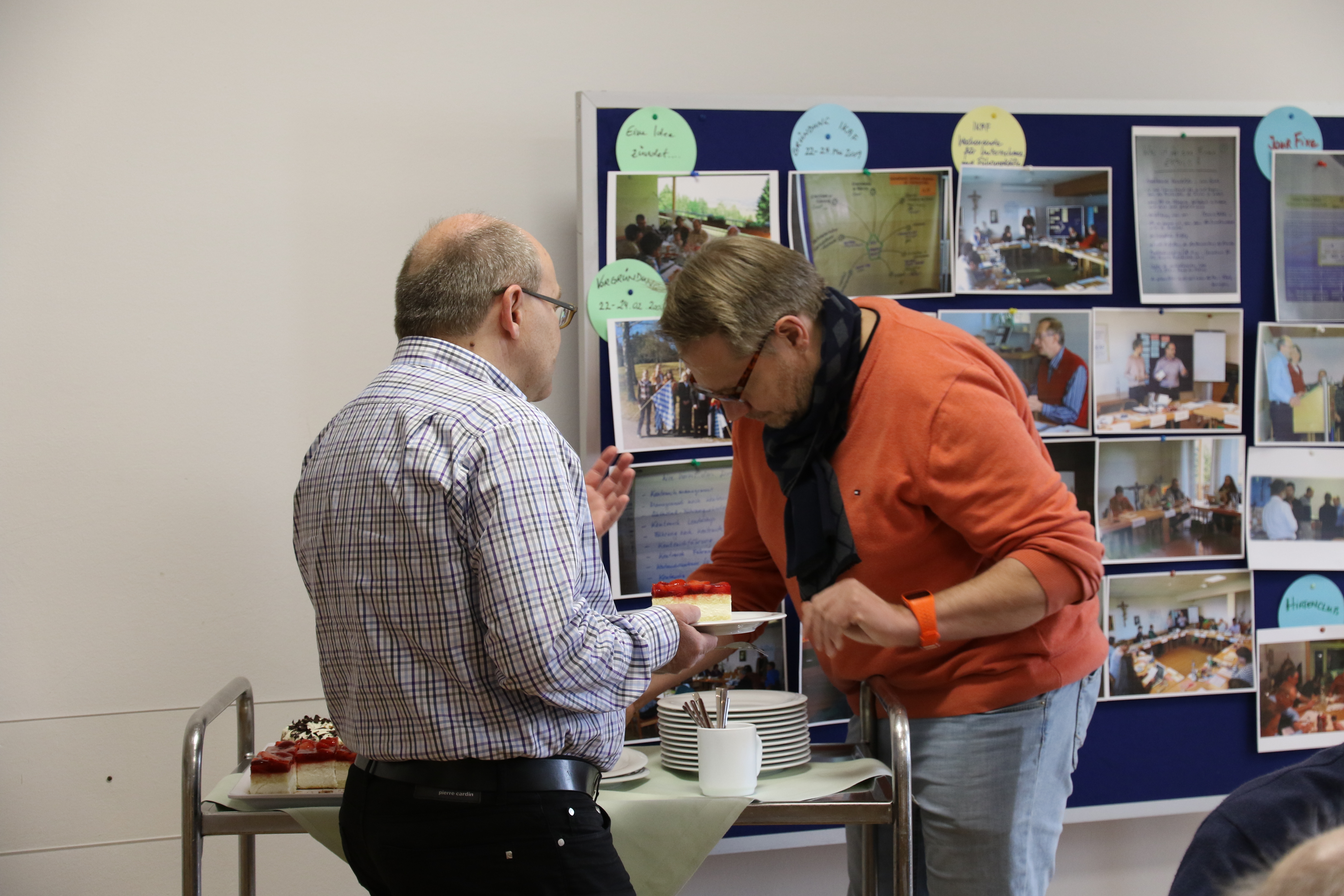 Then years IKAF – a jubilee unlike any other

This coming May it will be ten years since the desire of some business people and leaders in the German and Swiss Schoenstatt Movement, to have somewhere to discuss how to creatively form the world through professional involvement, became a reality with the foundation of the IKAF. Besides meeting around the table, projects have developed such as the “Hirtenklub” (Shepherd’s Club) in which Schoenstatters in Switzerland and the nearby countries meet regularly to reflect on texts from the Hirtenspiegel (Shepherd’s Mirror – a long poem composed by Fr Kentenich in the concentration camp at Dachau, offering guidance on the formation of free personalities); the Jour Fixe (an afternoon for leaders); and retreats for leaders. An interactive website is being developed. During this meeting on Palm Sunday this was reflected on in the sense of an even more decisive expansion to where the people are who are looking for exchange and inspiration for their everyday lives as leaders.

A “jubilee unlike any other” – it was not intended to be a time spent looking back at history and jubilation. Nevertheless there was a spontaneous thanksgiving gathering around the tabernacle on Saturday evening, a round table conversation with Jesus Christ in our midst that became one of the best moments of this meeting. Much was said, and much was placed in a gift box, personal thanks for what had grown and developed in ten years. 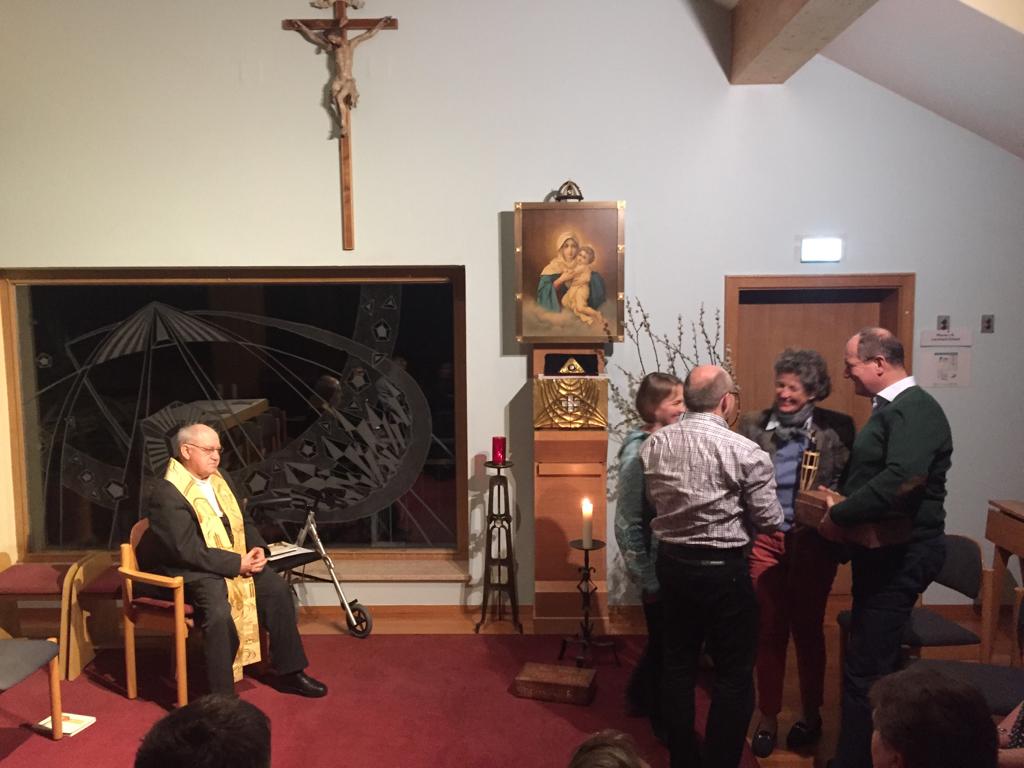 “He will go before you into Galilee; you will see him there as he promised.” Those words of the Easter Gospel: So off to Galilee. Galilee is everyday life, the normal situation of Christians, as was said in one of the best and (briefest) Easter sermons in Buenos Aires. Off to Galilee – that could also have been the motto of this meeting “around the table” on that Palm Sunday weekend. Off to Galilee: In the question of combing the cultures of two companies after a takeover by a number of leaders following insolvency.

Off to Galilee: in the question of whether a service provider should, may or must be made aware of his catastrophic leadership style that causes his employees to run away and hence endangers delivery deadlines. Off to Galilee for discussions with colleagues with or without an agenda; off to Galilee in the struggle for clear announcements during the normal everyday life at work (colleagues should really be able to think for themselves what to do next … or not?); off to Galilee in time management, promotion of talent, new appointments, dismissals, dealing with creative anarchists … Off to Galilee with a new vision, new action, new understanding, new connectedness; off to Galilee with the unchanged leitbild (guiding principle) that is still valid after ten years, and that sets hearts afire. 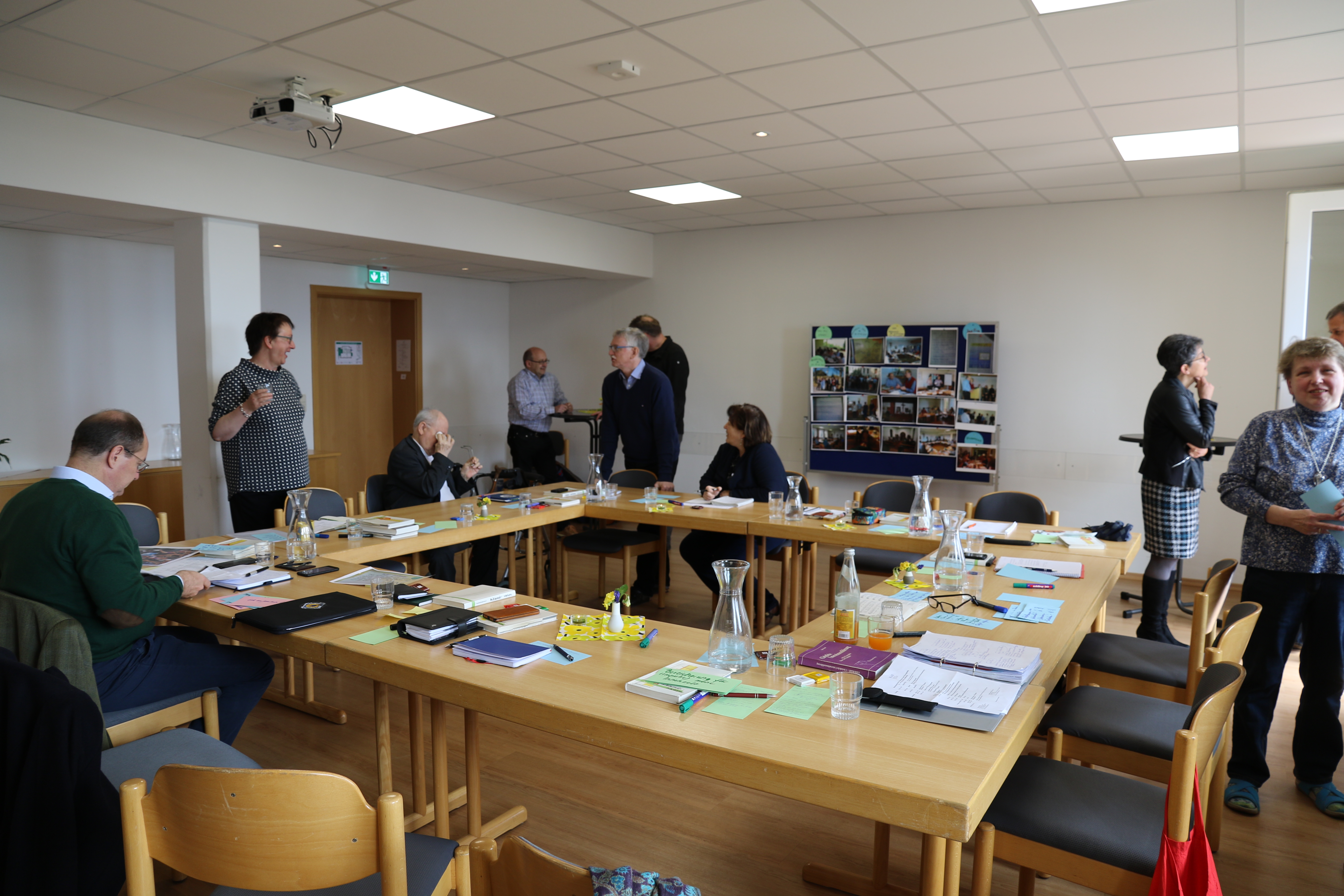 Next ‘Around the Table” meetings