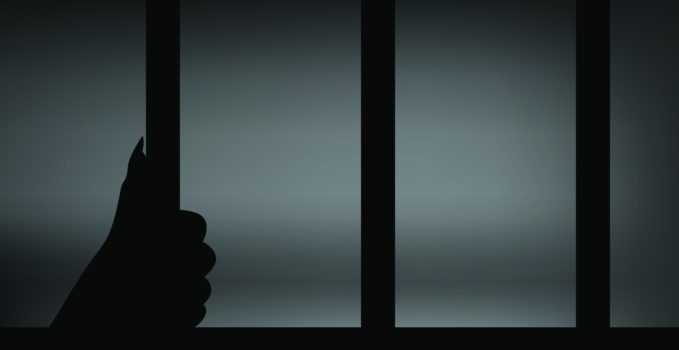 Instead of “combing sheep,” they visit Good Shepherd’s prisoners

For the past three years, the Schoenstatt Women’s Professional Branch has lived a “Church reaching out,” visiting prisoners in the “Good Shepherd” women’s prison in Asunción. Pope Francis is “responsible” for this daring outreach.—

Toward the periphery – ten minutes from the shrine

“Many times, we were warned that such a place was very dangerous, but that did not stop us.”
In 2015, the team was looking for an apostolate with high impact. Pope Francis’ words to the Schoenstatt Family during the Rome audience in 2014 still echoed within them, when he recommended not to remain “combing sheep,” instead go out to seek the lost sheep. “go to the periphery” as he insisted many times. Then the idea to visit the prison emerged, “a place so close, just ten minutes from our Santuario Joven (Youth Shrine), but that was left aside…”

Initially because of the prison’s restrictive measures, we had to adapt ourselves to established visiting hours and wait patiently in the prison chapel, where women who were interested in meeting with us, with the Blessed Mother and her Son, would come. Few came, obviously many of them did not know us, and they were not inspired to seek God in their precarious situation. Soon we took another step, we went to the first group where we could go to the pavilions, to the cells, and thus embody the mission of seeking after them. We took the picture of the Pilgrim Mother there, and yes, sometimes we again met with disillusion in the women, who laying down, told us in Guarani that if God wanted to he would find them just the same, sitting, kneeling, or laying down… This is how we began to pray the rosary, we improvised a prayer, and when we got to the petitions, we saw how even the hardest heart softened. They prayed for the same things that every woman prays for: for their children, their spouse, their parents. It was hard, above all, to hear the prayers for a spouse or for a child who was also incarcerated, or who had recently been released from jail, and they prayed to God that they would not relapse. Many of them were aware of their faults and sorrow led them to a genuine regret and repentance. 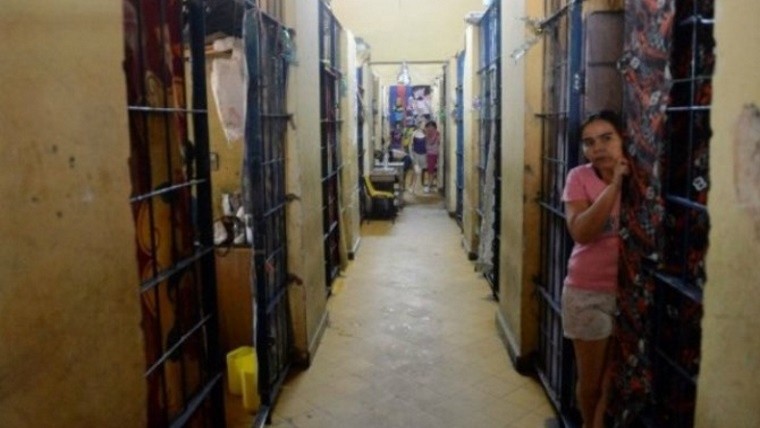 Fr. Martín Gómez (now the Movement Director in Paraguay), accompanied us many times, and his presence was greatly valued by all of them. They also began an Adoration of the Blessed Sacrament in the prison, and for this, these Schoenstatt “apostles” raised funds and bought the monstrance, so the Blessed Sacrament would have its place where he is greatly needed.

I especially remember “the Baptismal celebration in “La Esperanza” (Hope) Pavilion. There some women sealed their Covenant of Love as missionaries of the Rosary Campaign and several children – because the small children of the prisoners are also in the prison – received the sacrament of Baptism. This filled them with emotion! We decorated the place, provided a cake, and shared the joy of this sacrament for their children with them. It was an unforgettable experience that I trust will change the lives of these babies and their mothers. In prison, they conquered seven pictures of the Pilgrim Mother, and one of them, when she was released, accompanied a missionary shortly after receiving it.

They pray for us!

We were a little daring, and the company of the Holy Spirit protected us, so we would not have any mishap. Many times, we were warned that such a place was very dangerous, but that did not stop us. When thinking about it, I think that perhaps it was the Blessed Mother, who as a good conqueror led us to the furthest corner. This is how we also reached the pavilion of those who have a health problem. Deprived of their freedom and sick, they felt forgotten by the world and sometimes they shared the sorrow of not having visitors; they justified it by explaining that their relatives also had things to do, that they were busy, and they could not come to see them.

The women looked at the picture of the Blessed Mother who visited them with that gaze of devotion that I only remember seeing in the people who see the Blessed Mother pass during a procession, they are emotional, touched in their most intimate being. Farewells are always hard, we noticed their belief that we would not return, that we would also forget about them, and we were move to hear them tell us that they would pray for us, and they would pray to God to accompany us during the week, so that we would be well and return to visit them, the following Saturday…they prayed for us!

We have to continue, we have to seek after the one who is alone

Throughout these three years, they also took articles for personal hygiene, clothes, they collaborated in rebuilding a roof that had collapsed, but the most valuable thing was their presence. They feel like real instruments, and they go out strengthened for what they give, and for the great amount that they receive. One leaves very enriched, moreover, they leave valuing what they have, valuing freedom, and seeking the best way – in that freedom – to open hearts, of enlarging it to reach the other, the colleague, the neighbor, the relative, who perhaps is alone like one of these women, and they are waiting for a moment of attention an embrace, a prayer.”

In admiration for the giving of self of the “Pro”, we celebrate that they decided to continue this apostolate.