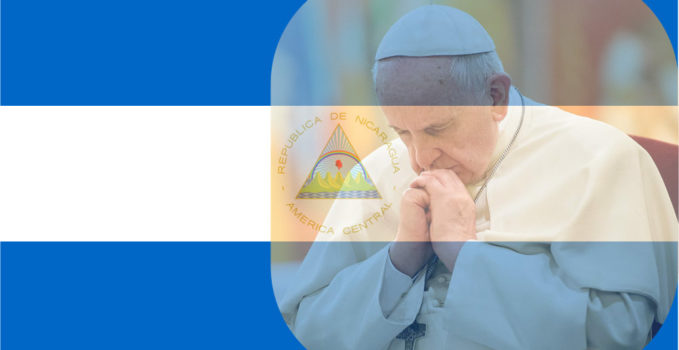 In covenant solidarity with Nicaragua

In his greetings after the Angelus (June 3, 2018), Pope Francis joined the Nicaraguan Bishops, expressing his sorrow for “for the grave violence, with deaths and injuries, carried out by armed groups to repress social protests.” Let us pray and contribute to the Capital of Grace, in covenant solidarity with Pope Francis and the people of Nicaragua, where the Pilgrim MTA is present.

Pope Francis said that he “joins the bishops of Nicaragua” and expressed his pain over “the grave violence, with deaths and injuries, carried out by armed groups to repress social protests.”

“I pray for the victims and for their families. The Church is always in favour of dialogue, but this requires a concrete commitment to respect liberty and above all life,” he said. “I pray that all violence may cease and that conditions be secured so that dialogue may be resumed as soon as possible.”

Protests began in April when thousands of people opposed a social security reform. The president, Daniel Ortega, then deployed the army to several key cities of the country, including the capital, Managua, and that is when the reprisals began.

Finally, the Nicaraguan government was forced to repeal the reform, but the riots have continued.

According to the Nicaraguan Centre for Human Rights (Cenidh), the 46-day crisis has left 108 people dead and nearly a thousand more wounded.