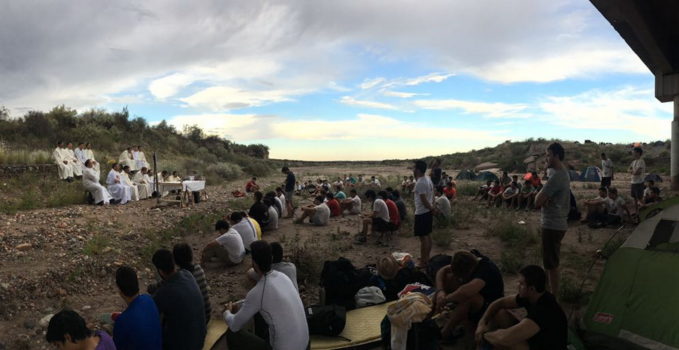 Why are they so serious? Look…no one is laughing 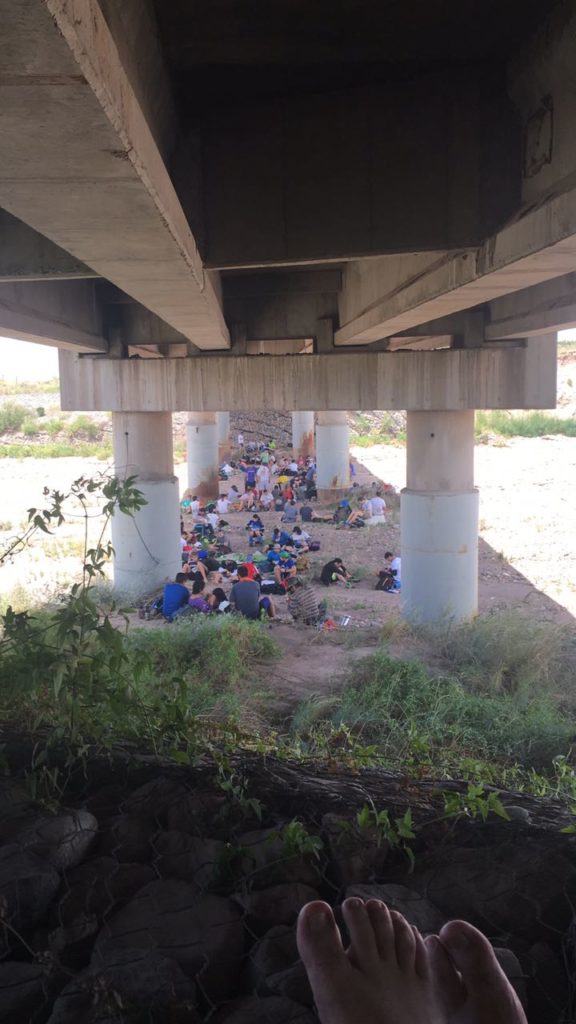 On the morning of 20 January, at 7:00 am, after reflecting on our Family’s second milestone, we departed on the Cruzada de María (Mary’s Crusade) from the Mendoza Shrine. After a few minutes of walking on this Saturday, we encountered a group of four young people in a car at a corner; they were returning from a Friday celebration. A girl sitting in the back seat said in an Argentinean accent: “Chee…look at them…why are they so serious? No one is laughing?” This simple fact made several of us smile, and it even led others to reflect about this encounter. After sharing, we decided that being seen unhappy won’t happen again, but that we will be smiling, animated, and filled with the Holy Spirit.

We also understood that it’s natural to be serious at the beginning. Perhaps it’s a seriousness that doesn’t necessarily mean sadness, but rather, wonder, uncertainty, or curiosity about what lay ahead for us in those first 28 kilometers.

Nothing has taken away the joy of sharing this madness

We carried out the first hour of the walk in silence— praying or reflecting. After that hour, the sharing began— more laughter. Getting to know one another as crusaders from all the countries participating. Brazilians practicing Spanish, and the Spanish-speakers practicing Portuguese. We experienced a warm atmosphere. There was much comradery; everyone was willing to help.

Hours into the walk, it got hot, muscles that were not accustomed to this pilgrimage got tired, and we also got blisters. However nothing took away the joy of sharing this madness.

Each person discovered the answer to the question, what am I doing here? And if they didn’t discover it, they were practicing it. 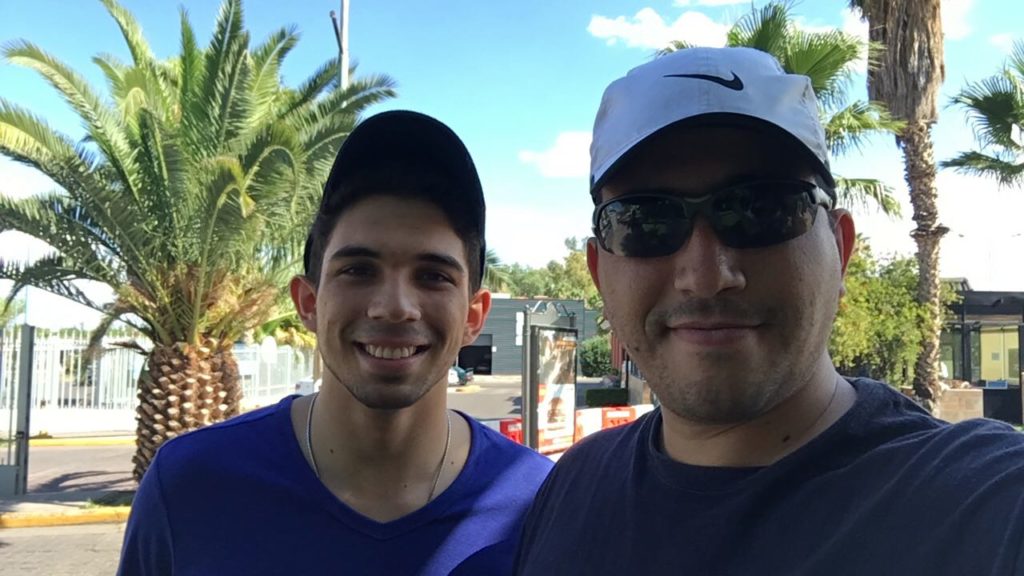 To also give witness teaching sharing and getting involved.

In the Mass, we reflected on Pope Francis’ teachings. A few days ago in Chile he said that Catholics are not wandering through life. That all of us have a purpose and destiny. And we are on a constant pilgrimage. In the same way we are invited to give witness with our lives’ pilgrimages. We’ve seen people in cars we’ve met along the way; surely they commented about our feat. This means that at a minimal level we have made an impact on them by simply seeing us. Now the challenge isn’t only to give witness about what they see, but to also give witness by teaching, sharing, and getting involved.

This was just the Crusade’s first day. We still have fourteen to go with all the body’s aches and pains but with the spirit growing stronger.  We’ll continue to share anecdotes via the Internet when possible. 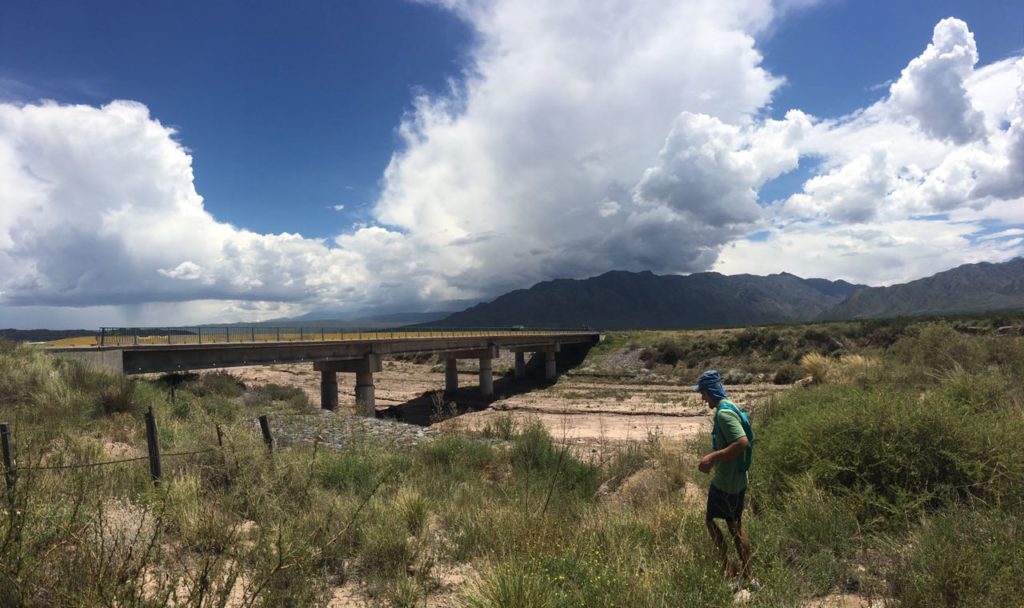