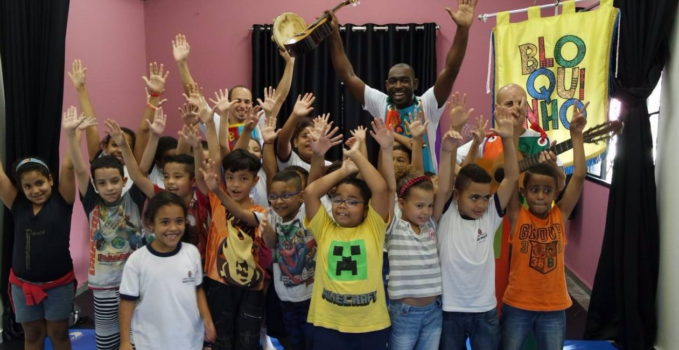 Catarina Kentenich Center: At risk children and teens helping others

Children and teens from the Catarina Kentenich Educational Center/Children’s Shelter carried out inspiring acts of solidarity at the end of the year in Sâo Paulo.

Inspired by the Christmas spirit and the end of the year, the children and teens of the Catarina Kentenich Educational  Center Shelter decided to carry out different acts of solidarity throughout Sâo Paulo. The majority of them are members of the Boys’ Youth (Jumas) and the Apostles.

In the shadow of the Mother and Queen’s Shrine in Sâo Paulo, the shelter houses for teens and children are part of the Catarina Kentenich Educational Center. For more than forty children and teens from birth to 18 years of age, it offers temporary shelter away from living with their families when that is not a viable or safe option.

The idea of carrying out acts of solidarity emerged among some of the teens in the sense of directing themselves to other  “teens” and “the neediest.” Then this current spread to almost all the houses’ residents. They had some meetings with professionals from the technical teams and the pastoral advisers. They discussed the ideas, and decided on the acts of solidarity to be carried out, distributing tasks and responsibilities among the residents. 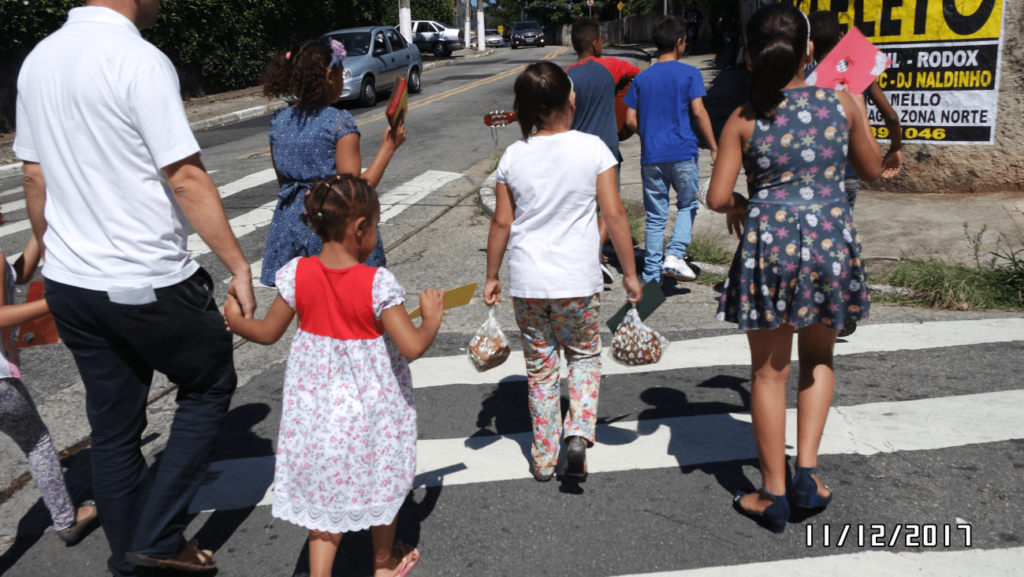 The first act of solidarity was to visit a home for the elderly in the area, where the children gave different Christmas souvenirs they had made. They also shared Christmas cake, sang some songs, and they with great empathy gave a hug to each one of the people living there. It was an emotional and unforgettable day for the eight children who represented all the others as well as for the houses’ “grandparents” that said goodbye, with an added “always come back.”

The shelter’s teens carried out another such act when they decided on by going out one afternoon to share Christmas cake with the homeless in one of the areas of Sâo Paulo. This action concluded at St. Benedict’s Monastery with a prayer for all the people they had shared with that day.

The third act involved visiting neighbors’ homes and different families in the community, taking little cards and scones, where the children took the initiative to go to encounter others by wishing them a Merry Christmas and a Happy New Year, to the surprise and joy of many. This activity was carried out on different days in several various groups; the children with their typical spontaneity carried this out.

The last act of solidarity was perhaps the most amazing. The children decided to share some of their own toys with children in cancer treatment. Their willingness and generosity was impressive. Many donated more than a toy, clothes, shoes…they even wanted to donate hair. There were little cars, dolls, different games, balls, etc., some of them were still in their boxes, new ones, and all in good condition. The activity took place in the Children’s House that shelters poor mothers and children from other cities and states that come for cancer treatment at this Sâo Paulo hospital. Mothers and children from the Children’s House and the four children from Catarina that represented all the others on this visit, met and shared a beautiful afternoon. The children toured the house, they ate and painted together, and they handled presenting the gifts. There were plenty of toys for all the house’s children in addition to many extras.  Some remained for future patients of the Children’s House, and others were reserved for a later visit to the teens’ house in cancer treatment from this same project. Everyone from the house was grateful and happy with the activity, and they were also bid goodbye with a “please return.”

One very special outcome was hearing the one of the teen’s reflection in relating the fact that he had practically never received any toys; it was a motivation to share what they now have with the most needy.

May the children’s example stir us and serve as a testimony and inspiration for a life more in solidarity, reaching out, sensitive to those “in most need,” as a sign of hope. 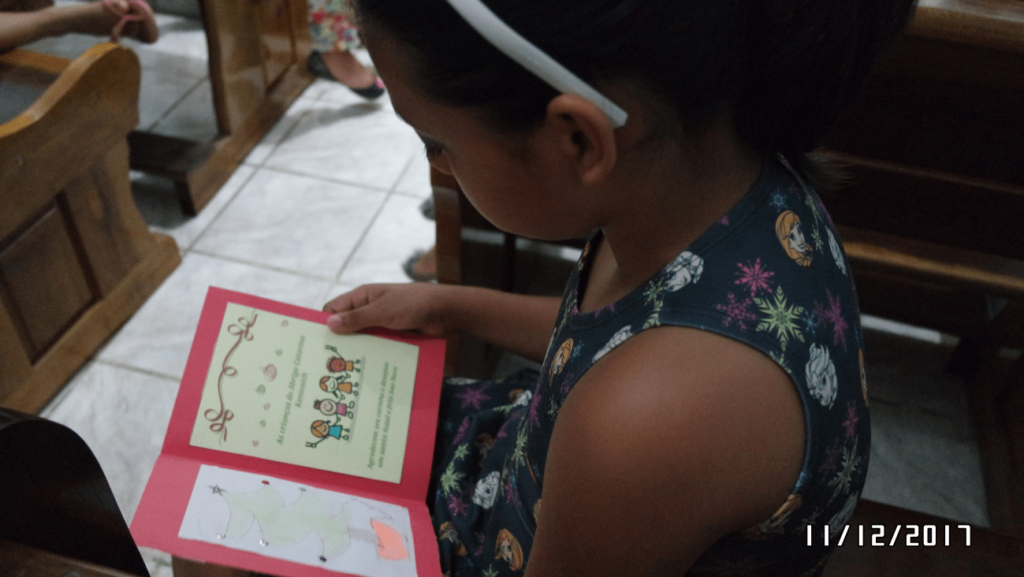