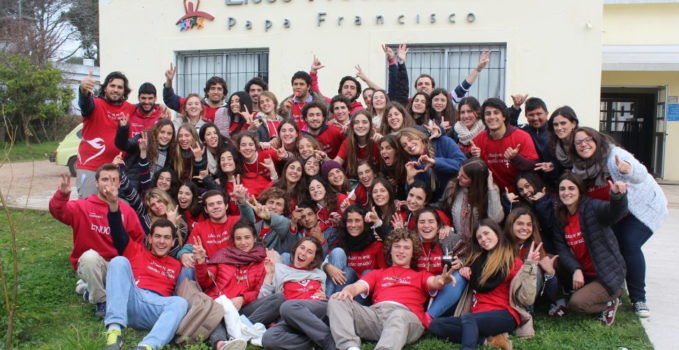 URUGUAY, via schoenstatt.org.uy, Testimony of Josefina, a Missionary of Totus Tuus 2016 •

I am Josefina; last year, I had the good fortune to experience the first “Totus Tuus” mission in Uruguay. This year, I was part of a small group within the organization. I remember the day that the Whatsapp group of the 2015 missionaries posted the second Totus Tuus was coming, and with it, we began the new organization. Stunned. I never believed that I would be able to help to organize a mission. I stumbled into the last mission knowing zero about it, I had a little idea of what Schoenstatt was, and at the same time, it took me almost a year to realize, to become aware of all the incredible things I had experienced there.

I thought that this mission would be the same as the previous one with all the dynamics, experiences and activities. Go, experience it, return “full” and to tell others about it, and day-by-day leave it as an incredible memory, that it was worthwhile, but it is over. However, Totus 2016 was something entirely different, because more importantly, the Movement is something different.  The missionaries remained in contact and not only that; and when another mission emerged, we opened the doors to form part of the organization.  I joined the spirituality group. I knew that it was very difficult, but also it was the most beautiful thing.  It took a lot of time, much dedication, much giving of self, great commitment, but arriving at the mission and seeing the results day after day, left me speechless.

The motto for Totus Tuus 2016 was “Doesn’t our heart burn?” During the days of the mission, we remembered to not only make the maximum use of the time; but also, to appreciate the experience.  Occasionally, I remained quiet looking at each one of the missionaries.  They transmitted so much that it was inevitable not to be moved.  Many told how hard it was for them to go out, to get encouraged about the encounter and to say yes.  However they realized how good it was to get out of the comfort zone occasionally– the sofa, the same routine, to go out and serve others, to give one’s all. They felt God called them, and that was the most beautiful thing I heard from many. Everything worked perfectly.  Morning Prayers that recharged energy for the busy day they had in front of them, delicious breakfasts, sent forth receiving the Blessed Mother to go out to the encounter where you saw euphoria, shouts and jumping. There were also unforgettable encounters with Providencia neighbors in guitar playing, activities with the young people, and also the dynamics among missionaries.  We formed a group that will always be together; when something that unites you is as big as God, it is impossible to break those attachments.

In the beginning, they had told us that we would not have much success, because people often would not open their door and speak with strangers, but they were mistaken. We returned from mission, everyone had millions of stories about the many different people who opened doors, and they left a tremendous mark. Every group said that they had the best missionary group… there were no complaints from so many young people, sixty-three youths! Everyone had great joy and good humor. It was incredible; we laughed even if something went wrong.  The organizers also gave their all so that everything would be perfect, and they accomplished. 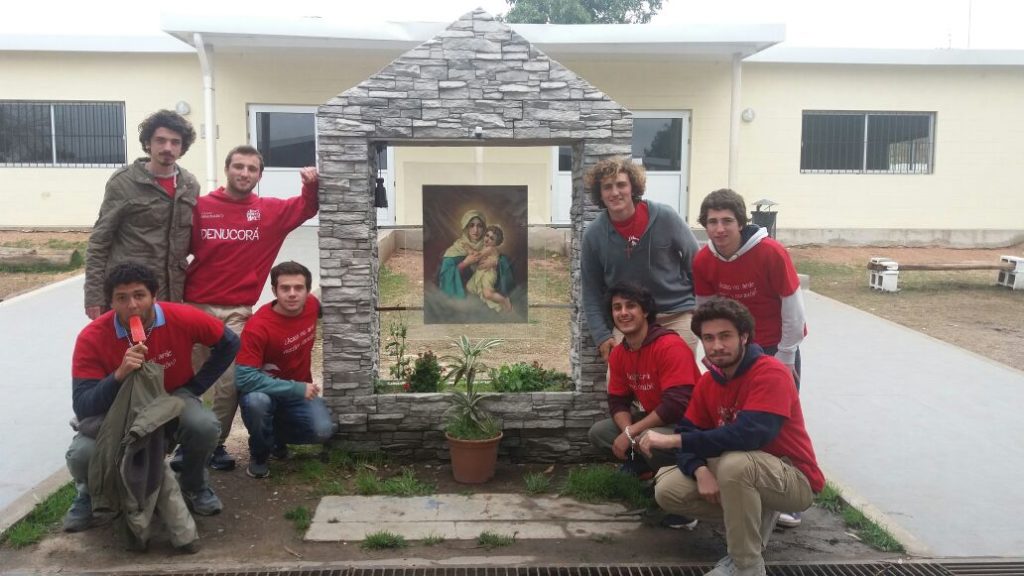 After the mission, we would always meet at a set time in Providencia, the Schoenstatt Movement’s School in Montevideo, but no one was punctual. We were always late.  It attracted my attention because it was noted that the mission never ends, but continues, it is for life. You will always find someone who will open the door to their home and share one or more words. Those people were simple, at the beginning, you saw how they opened the door slowly, and timidly asked who we were, but then they gave you everything:  hugs, kisses, and they said “Please, come back.”  I even heard some neighbors who said, “They are little angels that God sent us.”

The final day arrived, and we shed many tears. It was confusing; you cry because everything is over and also because of the impressive things we had experienced.

It is noticeable that you miss it, since no one stops talking about it on the Whatsapp groups they formed. Reunion plans have already emerged and to think that it has only been three days.

It was strong; we noticed how we recognized God and our heart burned:  The Blessed Mother conquered us! 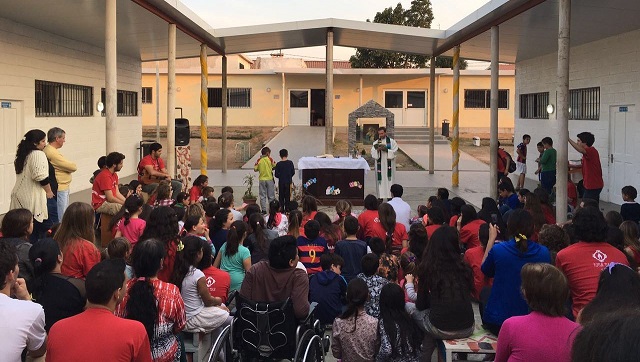