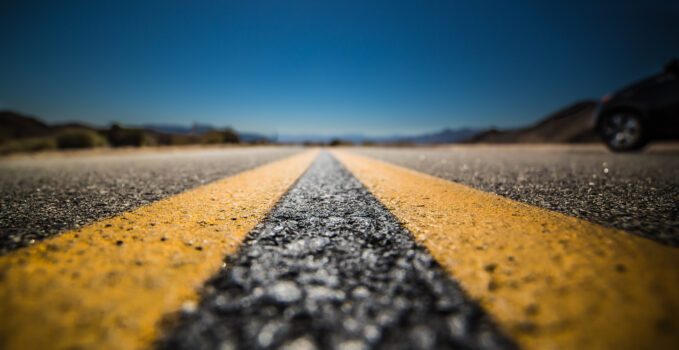 On the threshold of a new stage in Schoenstatt’s history – Fr. Alejandro Blanco, General Secretary of the International Schoenstatt Priests’ Federation •

As an impulse and invitation to reflect, dream, study and listen together to the voice of the God of history, Prof. Alejandro Blanco, General Secretary of the International Federation of Schoenstatt Priests, following the suspension of the beatification process for Fr. Kentenich, offered schoenstatt.org this text in which he highlights the opportunity that we have to modify or even change accents, priorities and emphases in our service to the Church and society. —

The fundamental problem with Kentenich’s situation is that his life has been put on trial, that is, it has been juridically processed. That is what a process to institute or not institute the honor of the altar consists of. It is a judicial process. The just canonical penal process that Fr. Kentenich insisted on during his lifetime was denied him by the Holy Office. If there were no judicial process of canonization, the discussion of Fr. Kentenich’s moral virtues would remain in the place befitting any person of great renown: it is the discussion of historians where this question would remain. And if there are serious doubts about a criminal act of a famous man, the judgment of history is never absolute. Opinions are divided. And in this case, as in a trial in a person’s life – as Kentenich maintained – “in dubio pro reo”: that is, in doubt, the accused is innocent until proven guilty.

Fr. Kentenich was faced with an unjust situation: He was not tried during his lifetime, and contrary to all normal legislation, he is sentenced after his death, not to prove his guilt or to acquit him of this or that crime – had that been the case, in a normal court he would have been acquitted at worst for lack of evidence – but to prove his heroic virtues. In this case, the principle of “in dubio pro reo” does not apply. It is obvious that a trial that attempts to prove its virtues unequivocally will falter in the face of doubt. Kentenich’s opponents have unfortunately managed so far to condemn him to doubt.

The bishop’s attitude is understandable, as we have already said. He found the way out of the predicament in the doubts raised by the report requested in Milwaukee.

When Pope John Paul II replied, “You Canonize him”, it was perhaps a double strategy that had already been tried during the exile: the way of self-sanctification and sacrifice (moral-spiritual way) and the diplomatic way.

Both ways are still valid today. But the strategy must be clarified:

In this sense, the interruption of the canonization process (which should never have played such a major role) should not affect one of the fundamental aspects of the “new” that Father Kentenich saw from his deepest life experience. That aspect is the value of affective human attachment as a mediation for the experience of God. And the emotional attachment to Father Kentenich as we experience it. In the Schoenstatt world, we experience a super-historical emotional attachment to Father Kentenich that shows that it is possible to encounter the supernatural, God the Fatherthe Mother of God. To live and teach this radically is the challenge. Never a Schoenstatt without Kentenich: the emphasis should not be on demonstrating Kentenich’s virtues, but on effectively achieving communion with him as a mediation of the divine. This is the paternal-maternal principle, to live it with him as children, and also among ourselves as brothers and sisters (with you I am a Christian, for you I am a bishop, St. Augustine).

This is the best way for the new man to experience God: in the holiness of the human. This has prophetic value with Kentenich.

(b) The diplomatic path must definitely move away from buying the sympathy of the bishops. It was not the school of Kentenich. In this area, the knowledge of Father Kentenich’s new prophecy, its deepening into its roots, its study, allows us to contribute to the way we live our spirituality: the accents we set. Only now – thanks to Dr. Alexandra von Teuffenbach – has the need been awakened to study Kentenich thoroughly. Not with a forensic eye, but with the ability to recognize the prophetic in him.

The diplomatic way must be transformed into a proclamation of our charism in freedom. Prophetic Way.

The Church that could ever canonize Kentenich, if this were necessary, must be the Church of the New Shore.

It is not Kentenich, it is the canonization criteria of the Church of the Old Shore that must change:

Let us no longer strive for the canonization of Father Kentenich primarily in this old Church. Let us go to the new shore of time. Where Fr. Kentenich’s charism serves the new Christianity (“The Christian of the future will be a mystic, … or he will be no more!” Karl Rahner).

Let us learn from our Focolare brothers and sisters: they have decided to do nothing for the canonization of their founder, Chiara Lubich. May her charism, permeating a new Church, one day canonize her with new criteria of holiness, perhaps the most ancient (Col 1:2).

The bishop’s decision to “pause” the process must be communicated transparently. The omission of an unlikely denunciation in the U.S. will repeat the mistake made so far, and our people will lose all confidence as soon as any von Teuffenbach speaks of it.