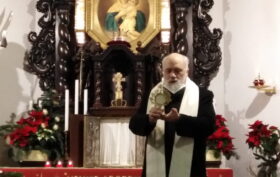 Original Shrine, Maria Fischer • There were some snowflakes that gently fell on the Original Shrine, in the first minute of the New Year 2021. Inside the Shrine, few people, on this New Year’s Eve 2020 without fireworks and celebrations. Father Alejandro Blanco, General Secretary of the Schoenstatt Priests’ Federation, was there, and he spontaneously decided to expose the Blessed Sacrament, and after a few minutes of silent adoration, he imparted the sacramental blessing to those present and to all of Schoenstatt.— The bells of the Original Shrine rang toRead More 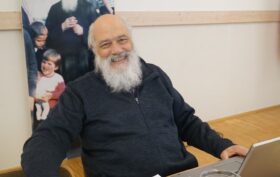