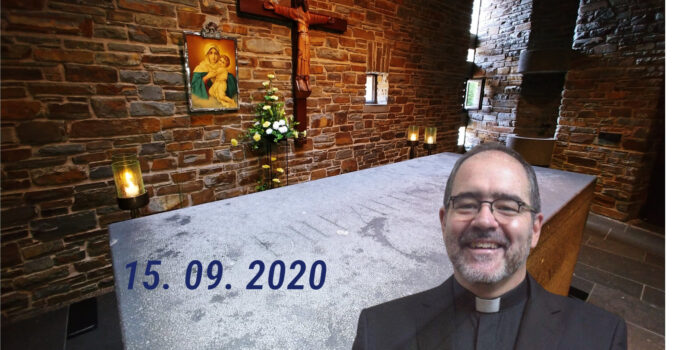 There are many ways to remember each year on September 15, the anniversary of Fr. Joseph Kentenich’s death, and this year, it will be in the context of the shocks of the pandemic and a serious questioning of the person of Fr. Kentenich and his family’s relationship with him. It can be done, as always, with Masses, with prayers, with marathons of memories, videos and photos… or, with an Episcopal ordination. By placing the life of a Schoenstatter and thus have a whole Movement at the selfless service of the local and universal church. The last-mentioned is what we will experience on September 15, 2020 in the cathedral of La Plata – that cathedral with a shrine in its shadow – with the Episcopal ordination of Father Jorge González, a member of the Schoenstatt Federation of Priests. It will be a September 15th with the seal of Dilexit Ecclesiam. — 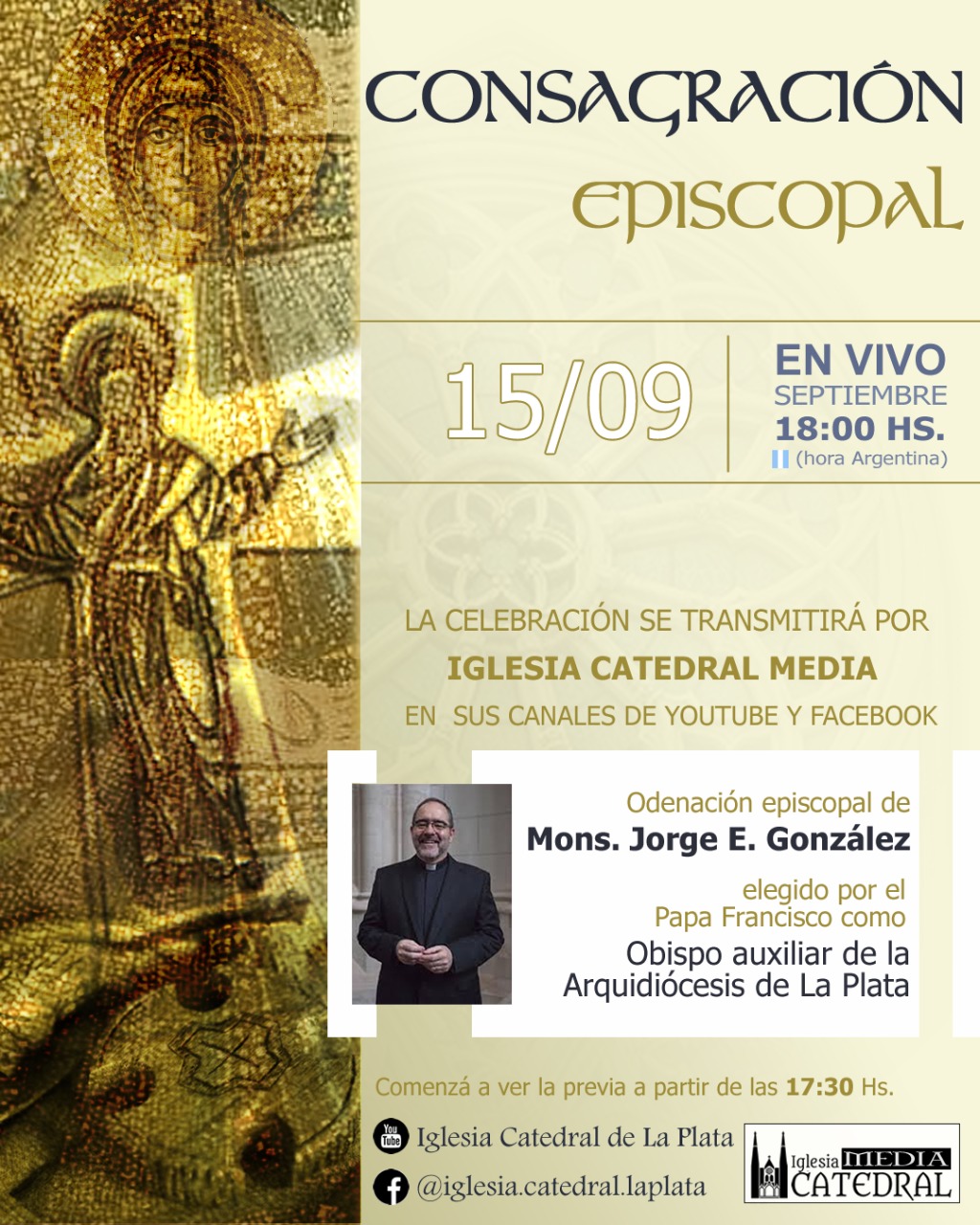 Dilexit Ecclesiam. Two words that Fr. Kentenich wanted written on his grave. Testimony of someone who in great and important tests of his love for the church remained not only faithful, but in the creative, generous, young love. He who embraced the Second Vatican Council with all his heart and worked until the last moment of his life so that his foundation, his Schoenstatt, would act just like him and would put all his strength, all his time, all his ability and all his shrines at the service of the post-conciliar church. All of Schoenstatt is a single service to the church, in the church, for the church, with the church, as a church.

And this September 15th, with Fr. Jorge, with his community and as Schoenstatt, we are invited to participate in this step of selfless service of the new auxiliary bishop of La Plata.

“We are pleased to announce the Episcopal ordination of our brother in the ISPB community (Internationaler Schönstatt-Priesterbund/International Federation of Schoenstatt Presbyters), Monsignor Jorge González, who was named Auxiliary Bishop of the Archdiocese of La Plata by Pope Francis“, wrote, from Schoenstatt, Germany, Fr. Alejandro Blanco, General Secretary of the Federation, inviting all the Schoenstatt Family to participate.

Due to the pandemic, the ordination will be carried out with a small group of people. It is fortunate for those of us who live far away, since we will all be able to follow the celebration through the YouTube channel of the Cathedral Church of La Plata. It will be on Tuesday, September 15th at 6 pm in Argentina.

On September 15th we will insert the live broadcast on schoenstatt.org.

May we have Fr. Jorge in our prayers and in our capital of grace.