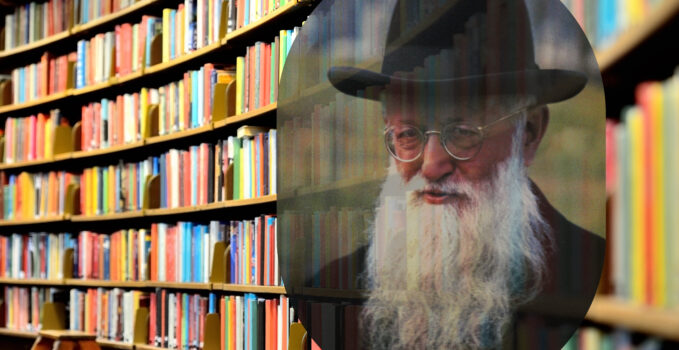 It is still not even a month (refers to the publication of the original version of this article: 07/26/2020) since the controversial report appeared in which the historian and theologian Alexandra von Teuffenbach denounced having found documents in the Vatican files, which compromised the moral integrity of Father Joseph Kentenich.  However, to many of us this time has seemed like a full year, if not more, marked by emotional wear and intense discussion. We could even admit that we had never read so many studies, documents or letters by or against Kentenich so quickly, nor reflected with such interest on the content of certain historical episodes, which until recently seemed like museum pieces: the apostolic visitation of Stein & Tromp, the exile in Milwaukee, and the reinstatement which our Founder would have received from the Roman authorities.  —

Now, we must recognize that, along with this feeling of chaos, the von Teuffenbach episode has also exposed our weaker sides as a Schoenstatt family.  It seems that this usually happens in times of crisis, that in the face of instability, the worst of us appear. I would like to stop at three of these aspects, which should be repaired, precisely in view of assuming them as a burden to be transformed and an occasion for growth.

The lack of preparation for scrutiny from outside

Firstly, I believe that this crisis of accusations has shown us that we were not prepared for scrutiny from outside, or for demands for transparent information. Although at the beginning we pointed out that all the documents were deposited as part of the process of beatification of Fr. Kentenich and that, therefore, they had received his nihil obstat, the matter now seems more complex, not only because there is a great deal of documentation archived in the Vatican which is unknown until now, but – more importantly – because we have realized that in the Movement we only had fragmentary studies of the history of Schoenstatt, and that we did not have a kind of complete catalogue of Kentenich’s works, neither on paper nor in digital format.  The enormous efforts of scholars such as Sr. Herta Schlosser, Fr. Paul Vautier, or recently Fr. Heinrich Hug, to edit Fr. Kentenich’s texts, had been to produce manuscripts for internal use, inaccessible to most Schoenstatters, that we only had a few published books and a few collections of texts with introductory studies for general use, such as the Kentenich Reader or Durchblick in Texten by Herbert King.  If we add to this that a good part of the information that many of us handle does not respond to these readings either – but rather to what we heard in the last talk of the Sister of Mary who knew the founder, or to the talk of the advisor who gave himself the work of studying a little more, not to say what we read in the underlined photocopy of an old formation manual – the matter of misinformation becomes important.  In school terms, we could say that in this test that von Teuffenbach gave us, we lacked material and we lacked study.  Thus it is not possible to defend the founder, nor can we testify to his message.  If even the first Christians decided to put in writing the event of the coming of Jesus Christ, “after having diligently investigated all things from their beginning” as Luke says (Lk 1:3).

The accentuation of an epic story from Schoenstatt

In the second place, what we have experienced has shown us that Schoenstatt still suffers from the weight of the “exile” or a certain syndrome of the exiled.  For reasons that are not relevant, I lived my childhood far from Chile. In that atmosphere one could observe two interesting phenomena in the expatriates: the idealization of the abandoned country in a story that is more mythical than true, and a careful walk so that its roots and its past would not be discovered… Something similar happens in Schoenstatt that has marked our discourse, especially that of the generations that preceded us. The 14 years of exile, which the Founding Father lived, have led us to look back more than forward, and have pushed us to do so with the epic tone of a victim whose development was interrupted in a strange land.  It is something similar to the lament of the Hebrew people held captive in Babylon. This is important to consider because I believe that Alexandra von Teuffenbach’s accusations did not bring to light a kind of concealment or deception from the Schoenstatt Fathers or the Sisters of Mary, as some think. That would be an intentional cover-up that, at least I, cannot believe it existed.

On the other hand, what this accusations have shown is that in Schoenstatt for a long time the epic story referring to the injustices experienced by Joseph Kentenich was privileged, rather than knowing uncomfortable and dull truths. Thus, in the recreation of the past, the struggle of a prophetic man who had to face the incomprehension of the pre-conciliar Church prevailed more than the accusation made by a group of women against the style of leadership of the founder or the content of an administrative decree signed by the Holy Office. That is why it hurts us so much when someone starts pointing out less glamorous and more human aspects of our history.

Thirdly, in addition to a lack of preparation and an excess of epics, it seems to me that the latest events have begun to reveal another of our weaknesses as a family, and perhaps the most serious one: mistrust. And here I am not referring to the tensions and resentments that have recently arisen among the group of radicals who are calling for a crusade to re-conquer Kentenich’s good name and that of those outraged ones who are demanding total transparency “whoever falls, falls”. I am referring rather to that lack of communication and trust that is underlying, and which is perceived between the community of the Sisters of Mary and the Institute of the Schoenstatt Fathers, between those who belong to Federation and those who compose the Institutes, between an elite Schoenstatt and an ordinary Schoenstatt, or between the German Schoenstatt and the Latin American Schoenstatt, to name four tensions that we have not always known how to resolve properly. Maybe it is just a personal feeling, but I feel that all these groups are now looking at each other as possible responsible for what has been happening, trying to figure out why von Teuffenbach has caused such a big impact. 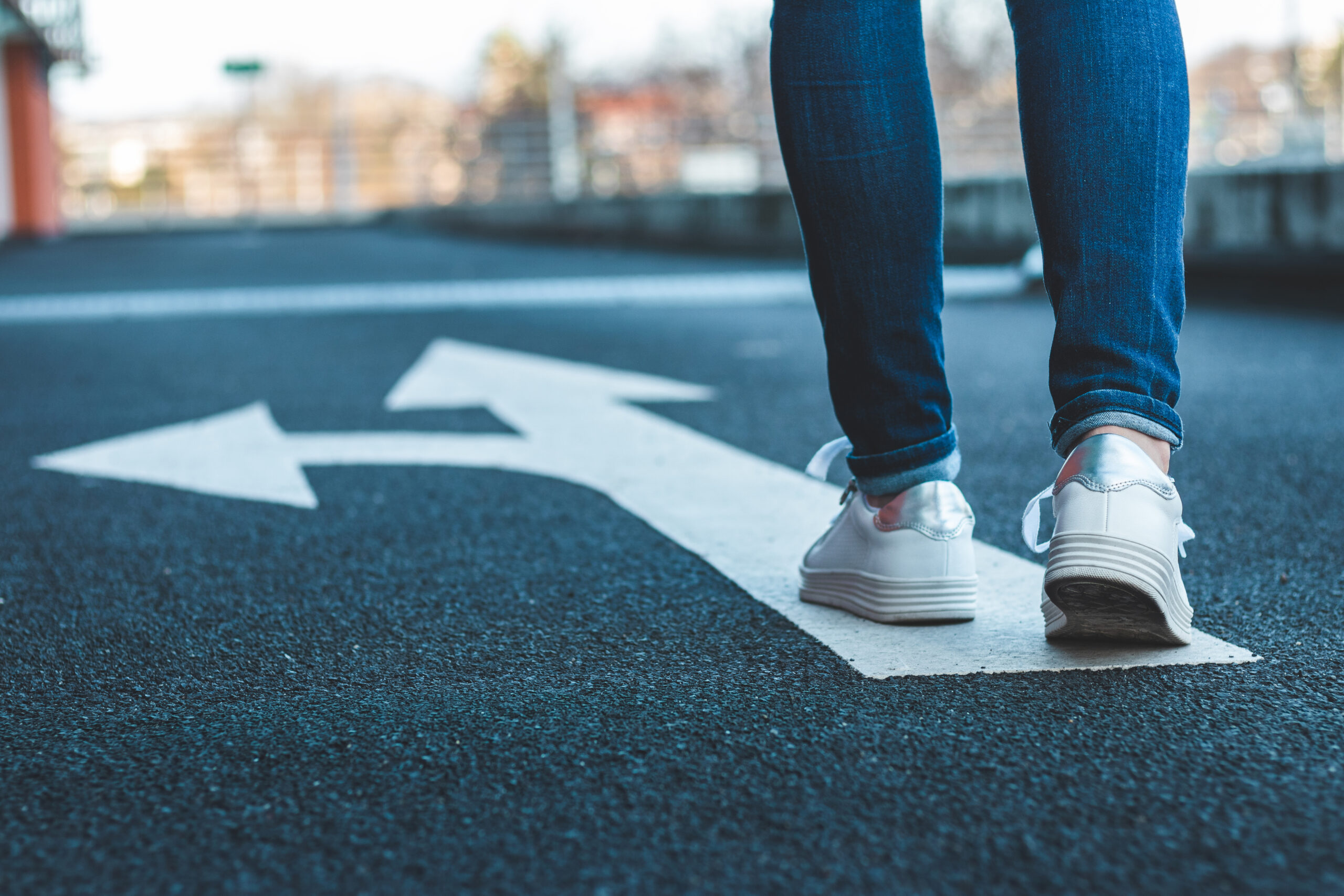 As we look into the future, we should now ask ourselves what path to follow so that the crisis we have experienced would not destroy us, rather it will allow us to emerge strengthened as a Schoenstatt Work. In the same line of what has been pointed out, and gathering the voices of Schoenstatters from different contexts and much more lucid than myself, I dare to propose three paths that could be walked.

To coordinate a center of documentation and study about Kentenich

In the first place, something practical: it would be good if the General Presidency could coordinate a process of opening up the whole Kentenich work. It seems to me that a sort of documentation and study centre on Josef Kentenich, with a virtual library in which all the communities collaborate would be a very appreciated contribution.  Here we could have the complete online work of the Father and Founder in German in its original language (later with translations into other languages), and with prefaces and explanatory notes made by a multidisciplinary team of researchers. In this way the entire Family would know that the work is available for anyone who wants to consult it. In this direction, we can only celebrate the opening of the archives of the Sisters of Mary according to the decision of their General Superior, as well as the effort of Fr. Juan Pablo Catoggio, representing the General Presidency of Schoenstatt, to bring out key texts with their respective introductions.

To assume the weakness of our history

In the second place, something more spiritual: it seems fundamental to assume – as many have repeated – all the shades of light of Fr. Kentenich’s biography. But not only of him, but also of the entire Family. Nothing is healthier than to assume our shamefulness and our limits. Every family history has aspects, which we are not proud of and there are names, which we would like to erase, but this cannot be done nor should it be done. This is our history, on which God has built great things, making use of the weak shoulders of concrete men and women, where the existence of each one becomes meaningful. Let us remember that even the genealogy of Jesus referred to by the Synoptic includes the name of a prostitute from Jericho (Rahab) or of a polytheist like Terah, Abraham’s father.

Uniting in truth and love

Thirdly, and perhaps most importantly, but also most difficult, is that as a family we must remain united, without giving space to the quarrels and intrigues that so many divisions produce. I understand that there are many justified mistrusts, and I believe even more, many of them are the responsibility of the founder himself, who told each community that it had the right of birthright, that it was his favorite or that he had belonged to it… In the present hour, we must overcome that stage, with prayer and capital of grace; the years have passed, we have grown and now our “common father” needs us united. He has been accused and requires the joint support of all his children. For the rest, that was his priestly petition 110 years ago: “Grant, my God, that all spirits may be united in truth and all hearts in love”.