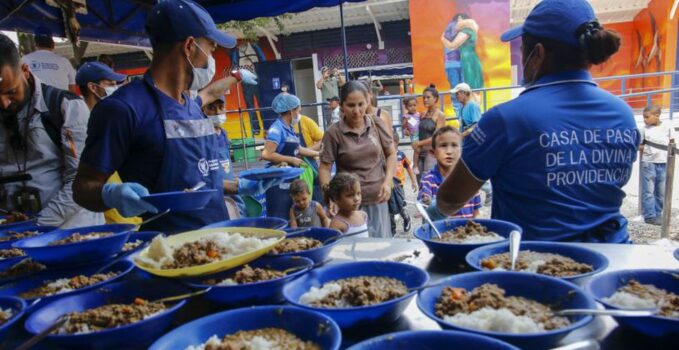 Posted On 2020-05-19 In Covenant Solidarity in Times of Coronavirus, Kentenich

In today’s Chile, we are all called to be “social saints”

A few days have already passed and we are still thankful for the result of the workshop “Introduction to the Social Thought” of Fr. Kentenich. As he would say, we are in the re-living.  A workshop-course which was originally designed to be held in person and, because of the coronavirus, we were faced with the dilemma of not holding it or of trying to hold it in a virtual format, a modality which presented us with great challenges. — 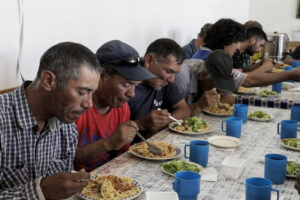 The reality of our country, beginning on October 18, 2019, the so-called “Social Explosion in Chile”, pointed out to us the urgency of knowing, sharing, and reflecting on everything that Father Kentenich has proposed to us since the beginning of Schoenstatt in relation to the social subject and the task of a “new social order”. It was this reality and this urgency, born from the voices of God, in time and in our soul that pushed us to launch into this adventure.

The magnitude of the difficulties, with a modality that we hardly handled, plus the smallness of the instruments, make us think today, when we see the resulting creation, that God and the Blessed Mother wanted to convoke us to this “happy adventure”.

Several of the participants, with much generosity, helped us with some platforms such as Zoom, which allowed us to have virtual meetings, conversation, dialogue, and exchange of ideas. We began by creating a WhatsApp group for the nearly 30 participants, in addition to the email contacts. Soon we added the Google Drive, where we uploaded personal reflection works on the material of each session, after giving them our comments. Soon after, questions and concerns arose and we responded by creating explanatory videos.

Even though we had an established plan as a basis, we had to generate responses that would facilitate the process of internalizing and reflecting on Father Kentenich’s social thinking.

The biggest challenge – the change of mentality 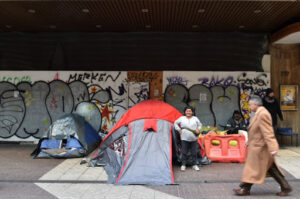 Yes, our great purpose was that: we laity would go from being mere receivers of talks, to laity who would reflect, re-elaborate and achieve a synthesis of thought, which would become concrete in life actions. So many times we expect others to do something and we do not take the step of being ourselves actors of change.

Each one at his own pace, according to his/her own reality, little by little, they were unfolding and sharing their richness and originality, in their reflections, comments and proposals.

For many, upon discovering Fr. Kentenich’s Social Thought, the need emerged for this area, which is so little known and scarcely addressed, to be present in the formative plans of all the Schoenstatt branches. It allowed us to see the need to not only reduce the task of the movement to the spiritual, but to also encourage our responsibility for the renewal of the social order. 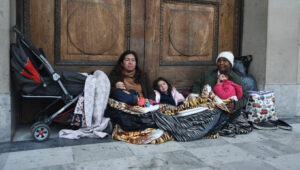 A pleasant surprise was, for everyone and especially for those who already had a greater sensitivity to the social matter, to know and understand the importance that social justice had for our father, combined with truth and love.

It impressed everyone to recognize, in this context, that Fr. Kentenich “was poor” and that it was not because of this that a proletarian feeling of life nested in him, nor was he a “social resented”, but rather than that, through Christ and with Mary, he desired and he always sought a world where all of us, as brothers and sisters, would have what was adequate to live according to the dignity of children of God.

It also became obvious that we need to realize and assume the great importance that the world of work has for us, as an inescapable part of our mission. This experience confirmed us that: in today’s Chile, we are all called to be “social saints”.

Today, when we are still in the process of putting in order all that we have learned from this experience, we want to share with immense gratitude the great gift of Divine Providence, which for us has been to feel that we are instruments. We are also grateful for the interest, contribution and support of each of the participants in this online process.

Thus, as instruments of our Mother, Queen and Educator, we are preparing to offer, very soon, a second version of this “Course-Workshop of Introduction to the Social Thought of Fr. Kentenich”, and at the same time, to elaborate a more advanced Course-Workshop, of deepening, to respond to the request of the majority of the participants of the first Workshop.

One of the most positive results of this workshop is that it has motivated many of the participants to commit actively to some social apostolate.

The Children of the Queen, reaching out.

“I miss the food at the House Mother of Tuparenda” – You give them something to eat (Mk 6,37)