Posted On 2020-05-04 In Covenant Solidarity in Times of Coronavirus, Projects, works of mercy

La Casa del Niño (Children’s House), a private institution, is in Florencio Varela, Province of Buenos Aires and was created on June 16, 1985, in the year of Father Joseph Kentenich’s centennial, from whom it takes its name. With the support of the Schoenstatt Apostolic Movement, little by little, with much effort and with the unconditional generosity of many people, this little house was built, which at this time gives 340 children between the ages of 3 and 13 the opportunity to grow with dignity, teaching them, containing them, instructing them and giving them a safe meal per day. —

From the beginning the project wanted to give an answer to children whose parents were looking for a way to support them by collecting waste in a rubbish dump in the San Nicolás neighborhood. Many sold what they were able to recycle and with the little they obtained, they bought food for their children.

They were families with very few resources, who did not have a decent home, lacked health and food, and were in need of affection, tenderness and support. The children were the ones who suffered the most in these conditions. Many of the households were made up of mothers who were alone and had several children.

Some mothers worked in the neighbourhood and the children were left on the streets or abandoned in their homes all day long. So that they would not be adrift and at the mercy of so many dangers, this Casa del Niño was created. 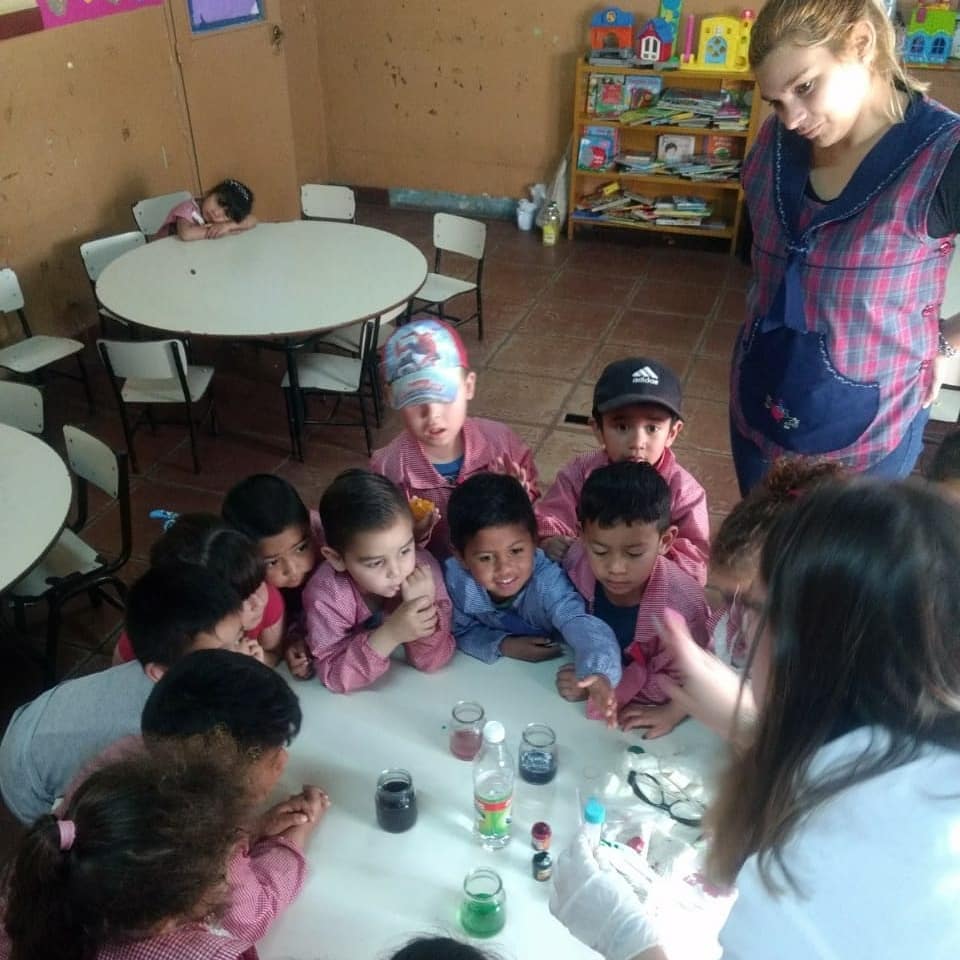 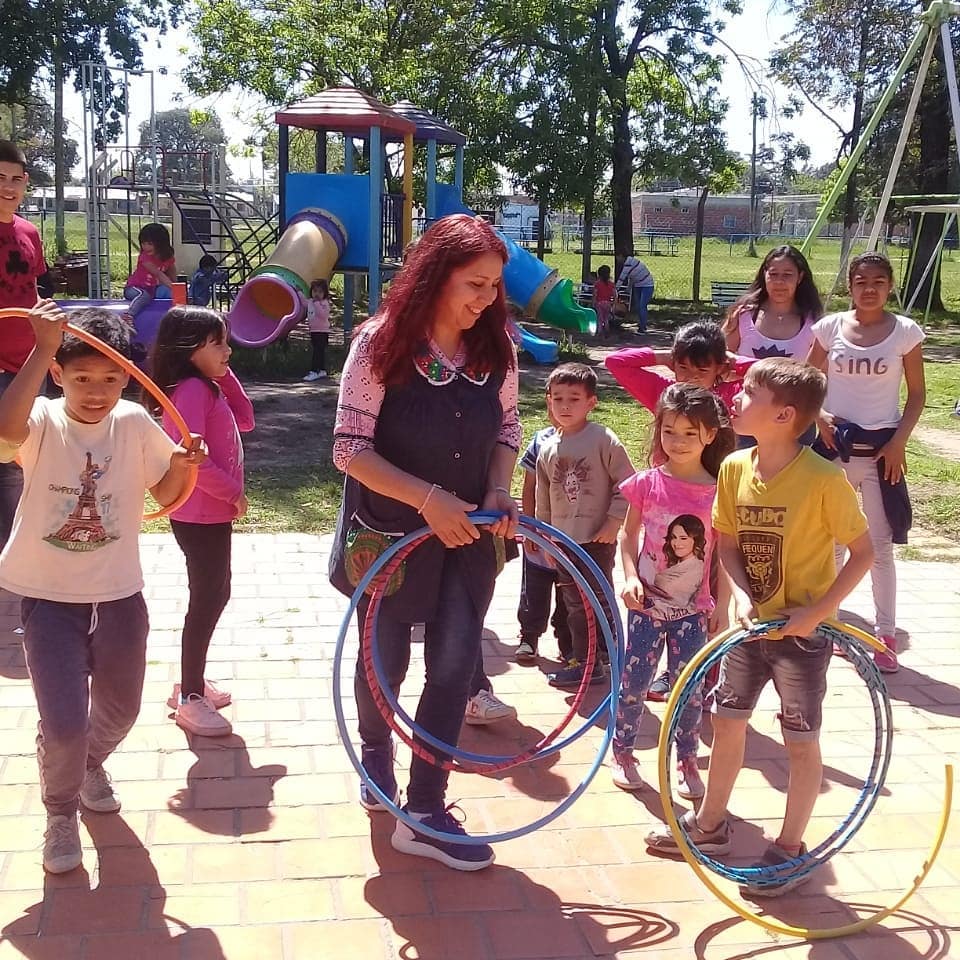 Everything is minimal and the lack is enormous.

As an example I cam mention, the Aguirre Rodriguez family: It is made up of a mother with a very low social and cognitive educational level, with seven children, the oldest being 13 years old, the youngest two and a deceased child. Their home is just one room, which is subdivided into a kitchen, a bedroom and a small space that serves as a dining room. The toilet -bathroom- is located outside the house.

The furniture in these houses is scarce, with almost no bedding. These are families who have minimal access to health care, not because there is none, but because this need is secondary, priority is given to food, clothing and footwear. Everything is minimal and the lack is enormous. 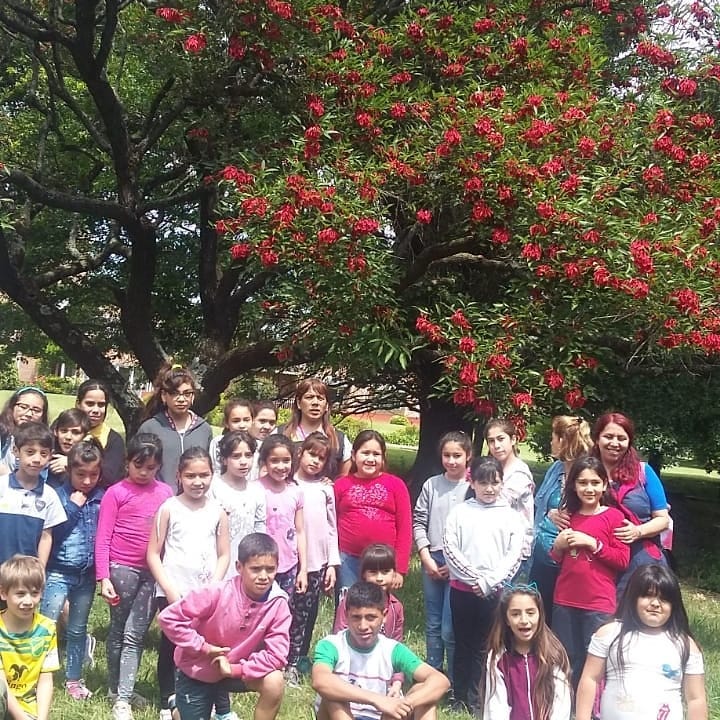 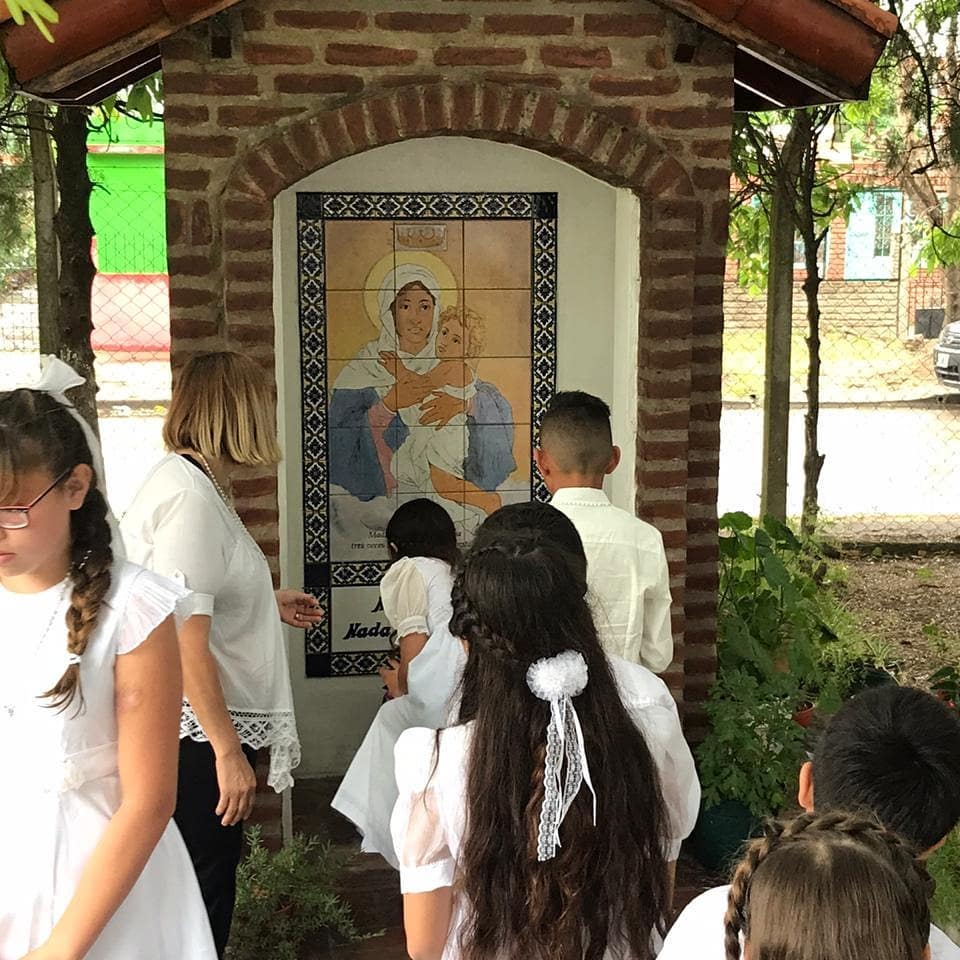 For a dignified life

In this context, the Casa del Niño  fulfills its mission: to help families and through them, children. We are interested in providing them with support, helping them with their schoolwork, providing them with care and offering them food, clothing, shoes and medical support. With the medicines that we receive and the help of a doctor, a psychologist, teachers and support staff – mostly volunteers – we help the children with their basic needs. Half of them go in the morning, the other half in the afternoon. They all receive lunch, breakfast or an afternoon snack.

The concern that sustains the Casa is to teach values to both, the children and their parents, who in most cases are only the mothers. Spiritual and religious help is also provided: the children receive catechesis, preparation for first communion and baptism for those who did not receive it and want to do so. Twice a month there is a celebration of Mass and also educational talks for the staff and encouragement talks for the mothers. 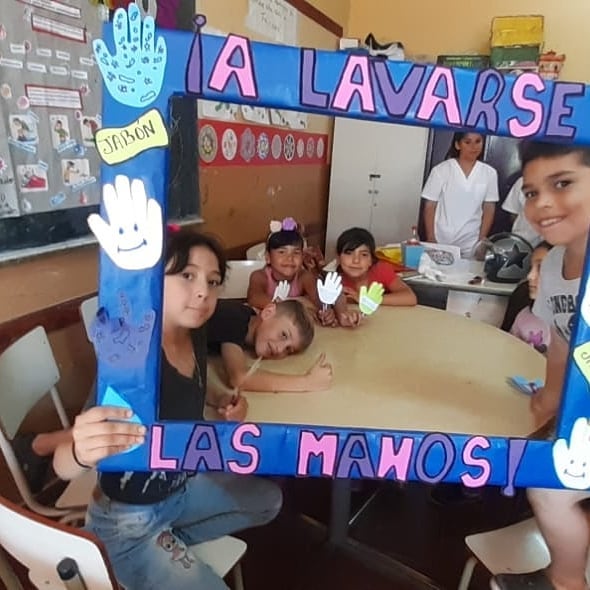 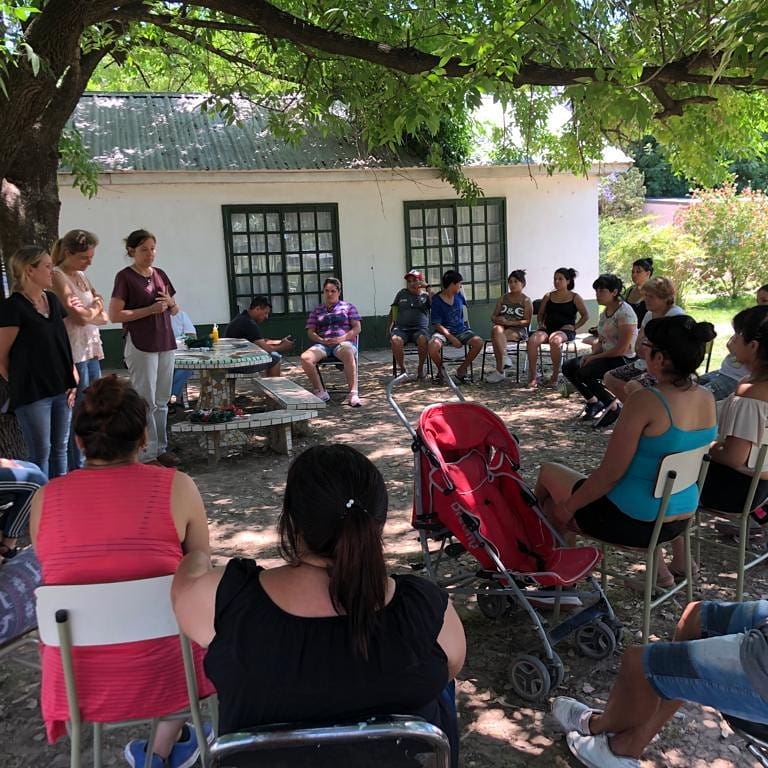 We cannot abandon the 144 families

The Covid-19 reaches us all, but especially the most vulnerable and unprotected. During this time of quarantine, La Casa del Niño has to comply with government regulations, but it has not abandoned the 144 families and the nearly 300 children who attend the Casa.

What is being done? A bag of dry food, fruits, vegetables, eggs, etc. is delivered every two weeks. The delivery takes place in the House, complying with all the security protocols, both the staff and the collaborators and the families. In addition, we try to contact the families by phone to find out how they are doing, their health, whether the children are doing their homework, and whether they have enough food. 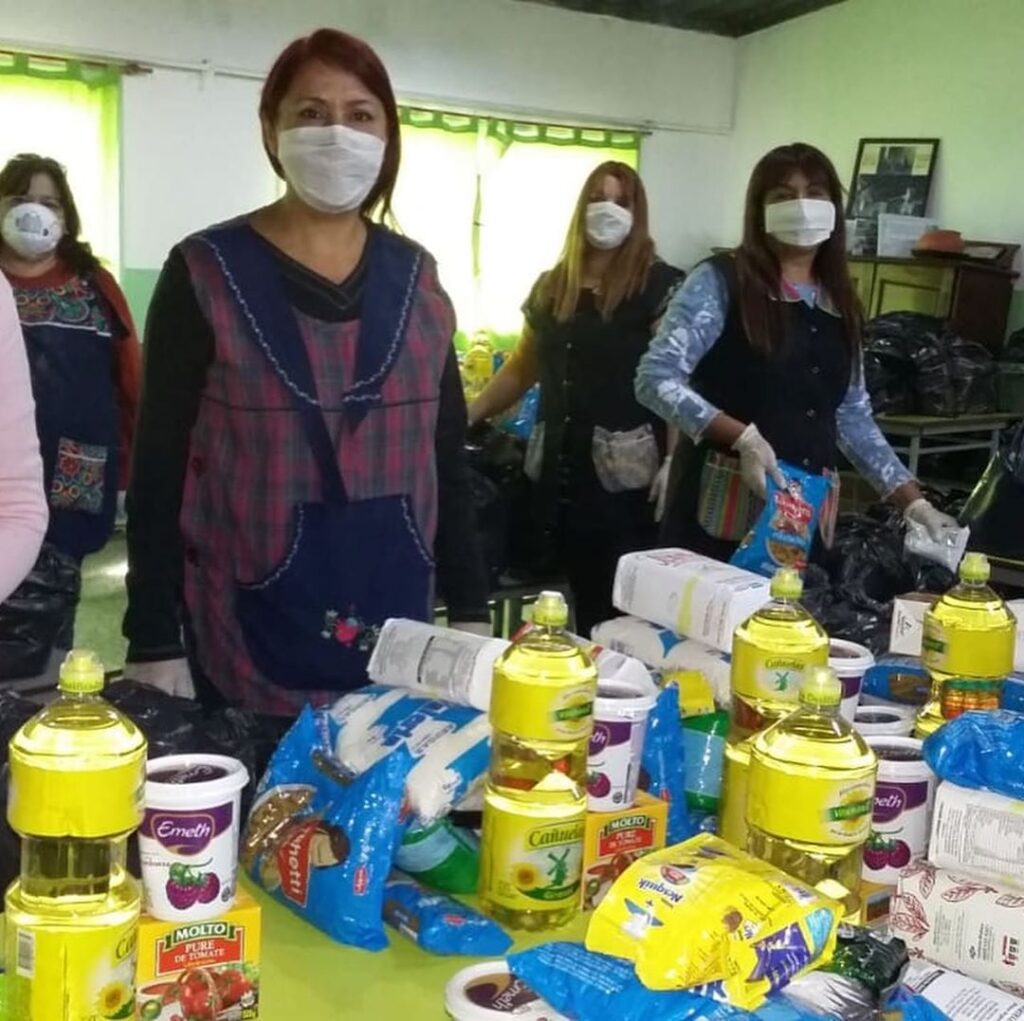 Today we delivered again bags of meals to the families attending the house. Thank you very much to everyone who helps us do this. 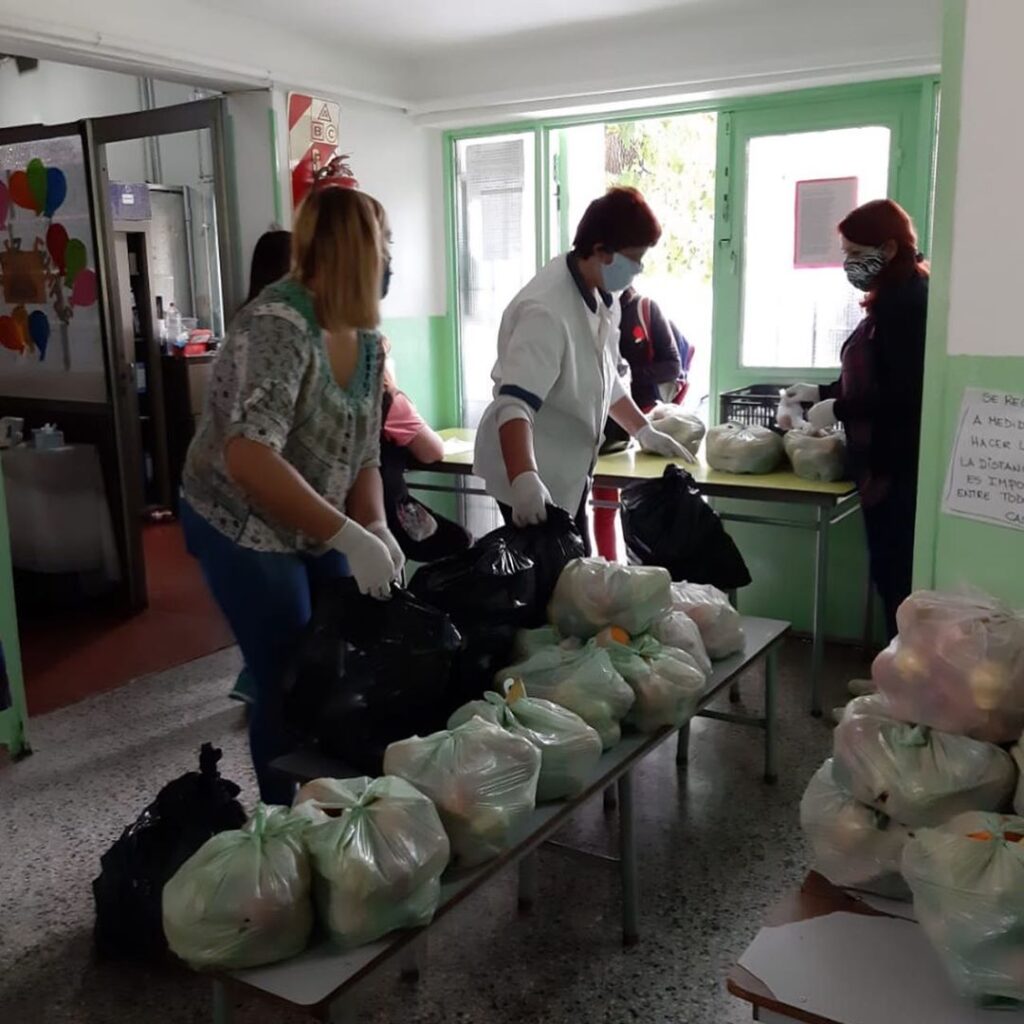 Today we were able to deliver food to the families of the house again and we want to thank everyone who helped us to make this possible. Thank you from the bottom of our hearts

La Casa del Niño provides legal advice in the area of children, thus ensuring the rights of children and adolescents. We are in contact with the Local Police Service, the Health Centre, the Department of Justice, the Women’s Commissioner, those who deals with the issues of gender violence and child violence.

La Casa del Niño could not survive without the economic, human and spiritual support of many people, who are committed to the most needy in solidarity. We are grateful to so many people who support us in this pedagogical and educational mission and not only in assistance. All those who do and feel this way are part of this great project. We are always encouraged by the word of Christ: “everything you did for these, the least of these, you did for me. The motto that gives meaning to our effort is: “A child in the House is one less child in the street”.