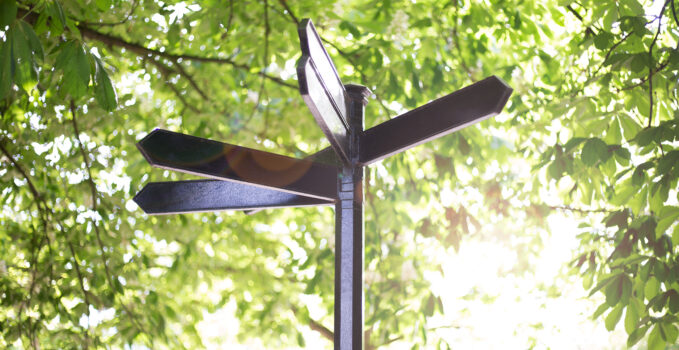 Soon in our country, Chile, we will be faced with stating our opinion in making a decision as to whether or not to assume the task of constructing a new Constitution.  And here is where – as laity and with the thinking of Father Kentenich – it is convenient to visualize our decision to assume, not to debate the pros and cons of each position – a situation which would also help greatly – but to mainly stop, think, discern and act with criteria and not by mere emotions. — 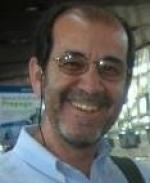 A characteristic of Father Joseph Kentenich was to be adequately informed on the social, political, economic and cultural situations of each place he visited, and he even asked a lot about these realities from lay people  who had some political responsibility and he would always give his opinion in this regard.

Professor Ernesto Livacic, while being undersecretary of Education in 1966, had to go to a meeting in Paris and he took the time to go to visit Father Kentenich and he relates this experience:

“He asked me innumerable questions about education in Chile (my line of work), about UNESCO activities (meetings which I was attending in Paris), about the Movement and the Family Branch in Chile, about the situation in general of our country.  He was up to date as far as thinking or which important book was in circulation at the present.  He responded to my questions with admirable security, depth and sound judgment.”

In this great debate which we have ahead of us in our country, it is normal that as citizens we assume various positions and even “trenches.”  Given the situation, groups emerge which give in a certain reasonable and argumentative way their positions, and others which seek to convince from emotions as to their political positions which each one professes with the aim of thus generating adhesion to their thinking.  I mention the latter about emotions when instead of conversing or discussing through ideas, arguments, doctrinal positions, we do it rather from “opinions,” “fears,” “arrogance, “individual or group interests,” etc.

To make a decision by which criteria?

Father Kentenich constantly warns us of the danger of guiding ourselves more by the emotional than by the basics of things.  It is not saying that we leave aside our emotions, but the stressing made of it by fundamental criteria since dialog is not stressed, personal attachments but seeking to convince by force the ideas which each one has.  We lose in this way the ability to listen to each other and to mutually learn of the ideas which others have.

Thus it is convenient to have clear that each Constitution by essence entails a declaration of principles, a vision of the person, of the community, of how its relationship to goods is established and how cohabitation in that determined country is established.  And this is where the different positions come forth, those which we as human beings legitimally have, and for that agreements are sought, consensus, points in common.  And as members of a society, it is an obligation we cannot avoid.

“New situations, both ecclesial and social, economic and cultural, demand today – with very special force – the accion of the faithful laity.  If not being committed has always been something unacceptable, the present makes it even more culpable.  It is not licit for anyone to remain idle.”  (Christifideles Laici, John Paul II)

As I already posed, in the drawing up of a Constitution – independent of the country – firstly is sought the planting of ideas on the vision of the person, society, the relationships which the different groups or state powers will have, etc.  This is how in their beginning, the older Constitutions were fed by the ideas of some philosophers like Locke (father of liberalism), from the lived experience of the King-people relationship, the use of property and the distribution of goods, fairness and social justice, and other relevant aspects of social cohabitation.

In one way or another, the social and political influences, such as capitalism, Marxism, socialism and social democracy, have been permeating the present Constitutions of the different countries, and of which our country is not exempt.  Thus it was that during the civic-military Dictatorship, a new Constitution was generated in which a determined vision of the person, of society, of economical, social and health principles emerged.  Father Kentenich indicates another way which is Solidarity, social vision which is convenient to have in mind for our analysis and decision making.

As children of our Father Kentenich, is is relevant for us to pause, become adequately informed, reflect on the fundamentals which the present or possibly next Constitution contemplates.  To view from the principles of  Social Doctrine of the Church, from the social thinking worked through by Father Kentenich.  To view the debate from the principles more than from our political affiliation positions.  Like laity who wants to build a new social order where the dignity of the person and the development of his freedom is at his center, we cannot only remain in sentimentalisms or with opinions without greater fundamentals.  We should seek criteria  which enlighten us and which help us in our present reality as laity who are builders of this society, of each one of the realities in which it is up to us to act as citizens.

Every person has two fundamental rights:

the dignity of the individual.

Joseph Kentenich, The Key to Social Justice: the human person, Talk in Madison, 1955, translated here from the Magazine VINCULO, December 2019, Year XXXV, No. 337

To  analyze and search for these criteria from the standpoint of where to confront our personal positions, I would like to affectionately recommend the Magazine, VINCULO, already mentioned in the previous paragraph, especially the last part on “Criteria for discernment, texts from Father Kentenich,” since independently from the decision we make at the moment of voting, what we must not keep from doing is that the decision be the product of a profound discernment from the standpoint of the Gospel and the thinking of Father Kentenich.

At the same time, I want to recommend No. 31 on Social Doctrine from the Carisma collection, published by Patris, August 1992, especially the articles by Frs. Patricio Moore and Guillermo Carmona.

Father urges us on in our lay responsibility and as members of our society, therefore, it is time for us to be well informed on his social thinking, to reflect seriously, in order to make a well informed, formed and free decision.

And, especially, taking advantage of applying the criteria of discernment by Father Kentenich:  To observe, to compare, to confront from the standpoint of principles, and apply and/or act.

Rafael Mascayano is in Schoenstatt in Chile for more than 50 years.  He is professor of philosophy, has worked as professor and in leading positions in different schools, and also in education in the Catholic University of Chile and Alberto Hurtado.  He has written various articles in SCHOENSTATT VIVO and belongs to the Membership of the Schoenstatt Family League in Chile.