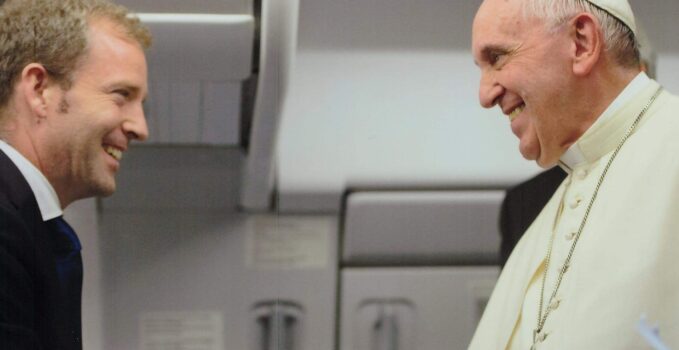 Javier Martínez-Brocal (Granada, Spain, 1978), journalist and writer, has lived in Rome since 2003. He is director of the Rome Reports news agency, author of El Papa de la Misericordia, collaborates with the Wall Street Journal and the ABC newspaper of Madrid, directs the weekly program “The world seen from Rome”, which is broadcast on television in thirty countries. On January 11, 2022 – by intuition, luck or professionalism or all together – he was just in the perfect place to take a photo that was to travel the world, and a few days later he received a handwritten letter from the “object” of his photo: Pope Francis. —

“If narrative theology is a privileged form of preaching and catechesis, the author achieves a magnificent expression of this form of theology. The Pope’s way of doing things is narrated and with it we discover the main lines of the Pontiff’s thought”, reads one of the reviews of the book “The Pope of Mercy”. A few days ago, this same author narrated the private visit of Pope Francis coming out of a record store in the heart of Rome. 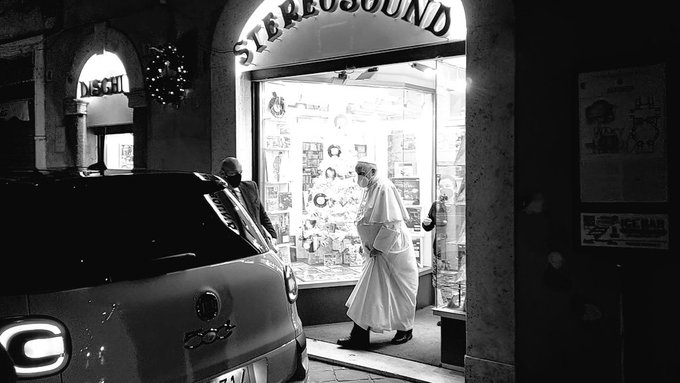 “Thank you for fulfilling your vocation, even if it means putting the Pope in difficulty”

Seeing that the photo was in media all over the world, the journalist wrote a few lines to the Pope. The Pope’s response letter reached him immediately, handwritten, with a good dose of humor and a precious message to each journalist.

“Mr. Javier Martínez-Brocal, you will not deny to me that it was a ‘bruta sorte’ (bad luck) – as the Lady of the Serail says – that, after taking all precautions, there was a journalist waiting for a person at the cab stand, just on the spot. What I miss the most in this Diocese (of Rome) is not being able to walk the streets, as I did in Buenos Aires, going from one parish to another. Thank you for fulfilling your vocation, even if it means putting the Pope in difficulty”.

This is not the first time the Pope has expressed his appreciation for the work of the media. In the past, Francis confided to ABC’s Vatican correspondent, Juan Vicente Boo, that the good journalist is always attentive, so that he does not lose detail, and then tells everything. For Boo, Pope Francis is “the best communicator on the planet: “He communicates like the Gospel, with gestures, little parables and with tweets. The Gospel is absolutely tweetable,” he says. In addition, “he listens a lot to ordinary people and therefore speaks their language”. But, above all, “he preaches by example”.

Also, in November 2021, during the presentation of decorations to the two most senior Vaticanists, Valentina Alazraki and Philip Pullella, he thanked the Vaticanists also for “what you tell about the things that are not going well in the Church.” 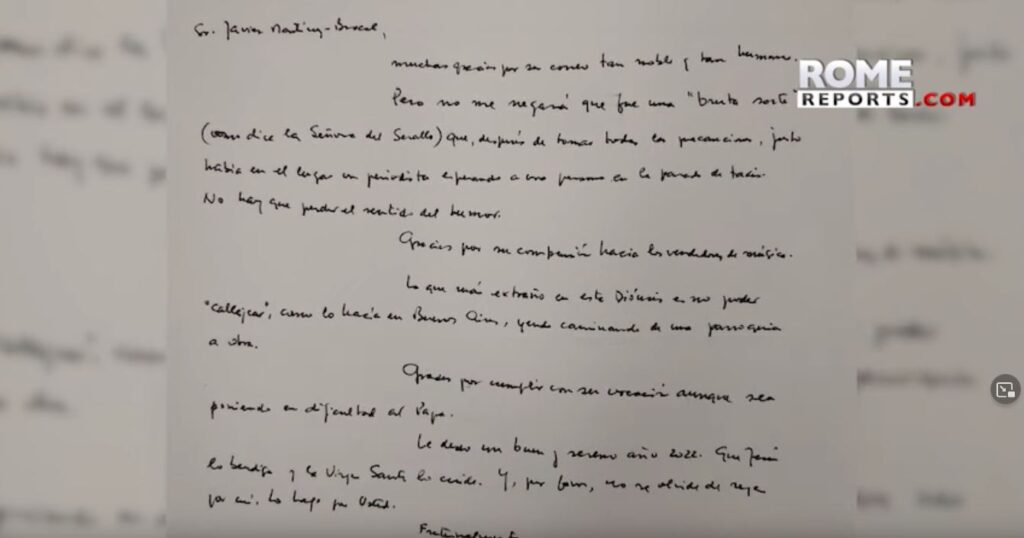 Confirming the mission we take on

We shared the Pope’s letter among the collaborators of schoenstatt.org. Is there something of us in that? True, passion, professionalism, what the Pope appreciated in every work environment. But our John Zaforas names it without thinking about it:

Far from thinking that our mission as a free and independent means of communication in Schoenstatt is to put the Schoenstatt leadership in difficulty or to tell (only) about the things that are not going well, Juan’s response goes to the center. This is the difference between journalism and official communication, which in truth is nothing more and nothing less than marketing. A noble and necessary work too, but marketing.

In this sense, the MTA magazine of Father Kentenich and the first ones, was journalism. For the basis of free exchange was an undiscussed basic consensus; a basis, however, on which everything could be said, done, thought and expressed.

A journalism according to the heart of Pope Francis
“We need a free journalism, at the service of what is true, what is good, what is just; a journalism that helps to build the culture of encounter.