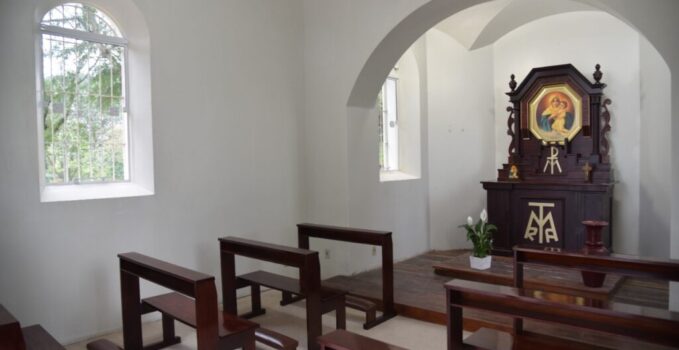 For two years, since that overnight action in which the Sisters of Mary removed the altar and other elements from the Shrine of Santa Cruz do Sul, there have been about eight hundred mentions of this Shrine in the local press, including articles, press releases, letters to the editor, and statements by prominent citizens. This makes this shrine, of which only the walls and the great love of its pilgrims remain, the one with the greatest media attention worldwide. To all this, a few days ago, more news was added after the removal of the windows, the door and the bell tower was declared illegal by the Public Prosecutor’s Office – we remember “Mary’s tears” and the enormous sadness and anger when the heavy rains of that time flooded the interior of the shrine deprived of its windows… — 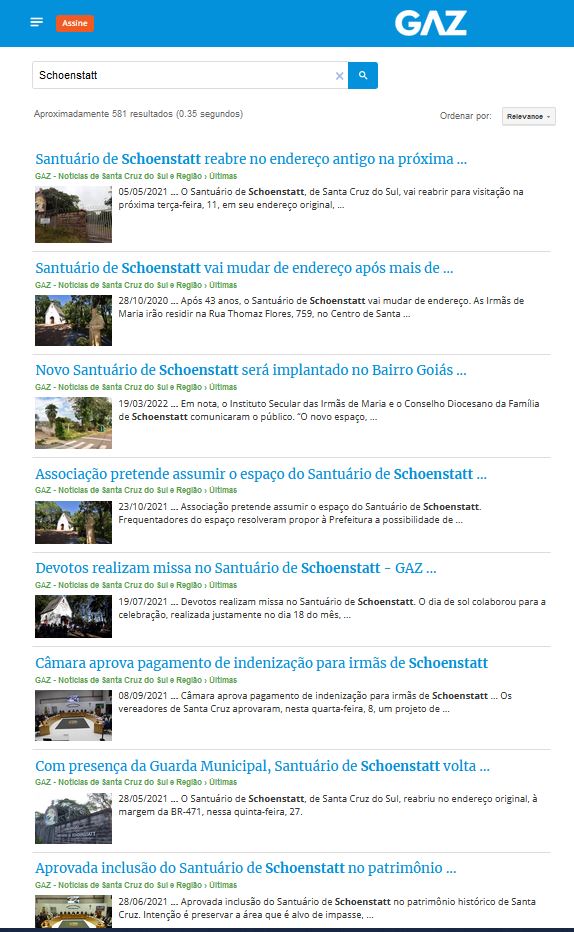 In the meantime, the Sisters of Mary, through their spokesperson, Sister Rosequiel Favero, communicated the successful progress on the site of their future Shrine, to be built in a place they like better than that of the first Shrine on the side of the BR-471 highway, justifying the removal of the door, bell tower and windows as necessary, since they would be needed as templates for the future Shrine – as if there were no other way in all of Brazil to take measurements for the door, windows or bell tower.

Glacy Falleiro, who last year managed to collect more than three thousand signatures for the petition to preserve the shrine, writes in the daily GAZ: “We cannot remain silent in the face of the absurdity of what is being done to our shrine by those who have withdrawn from here. I say ‘our shrine’ because the community donated everything it had. It was not the Sisters who bought the altar or the statues, but it was the work and sweat of the faithful… I cannot understand how people who call themselves representatives of God and wear a religious habit can do such cruelty to our Mother that even her image of grace was left out in the rain… Well, I read in the GAZ that the Sisters will send a new door like the one that was taken away. Now I wonder, like so many others: why didn’t they have a new door made for the other shrine they want to build? Why did they tear out the door that had been here for 40 years?”

New windows, a glass door, an altar, and pews….

Shortly before the deadline set by the Public Prosecutor’s Office for the return of the removed elements, new windows, a glass door, some pews, and even an altar “appeared” that bears a certain resemblance to the shrine’s altar – with a history and origin unknown to the Schoenstatters of the first Schoenstatt Shrine. And although the longing for the original altar and everything that makes up the interior of the shrine continues; the joy is great.

According to a report in the GAZ newspaper, “With this, the space is on the verge of once again becoming a place of prayer and devotion open to the public. The place has a new lighted altar and eight new pews inside. The glass door at the entrance has also been installed, as have the four windows that replace the original ones.

Outside, overlooking the Mãe de Deus Municipal Kindergarten, the school and the chapel, new landscaping is being done. The City Council intends to give the use of the chapel to the newly formed “Association of Devotees of the Mother and Queen of Santa Cruz do Sul” (=Schoenstatters who work to preserve the shrine).

Maria Erica Goldschmidt comments: “This is the actual place, which in my opinion is definitely a holy place, where many graces have already been received and from which they should never have removed anything because everything was built with donations from the faithful. I just hope that they will not ask for donations again, because they will probably find a new excuse in the future.”

When is a place sacred and a shrine a shrine?

Sister Rosequiel Lopes Fávero, from the Communications Office of the Sisters of Mary, told the GAZ newspaper that “the earthworks (on the new site) are in the final stages. A picture symbolizing the Mother and Queen has already been placed in a corner of the property. “The picture shows that the new place is already sacred,” she said. The project for the façade of the new chapel is also ready, she said, and construction will begin as soon as possible.

We understand the narrative that had been conceived: we take the picture, the altar, all the other elements and even the stones of that first shrine, and with it the graces and the capital of grace that had accumulated in that place, plus all the words that were said to invite the Mother of God to settle here forever, the experiences of the visits and pilgrimages, and we transfer it – sort of Star Trek’s “Scotty, beam me up!”- to the new place. Unthinkingly, the voices of soul of so many Schoenstatters, pilgrims, citizens cried NO. And they could not be silenced. But there was no dialogue with what Joseph Kentenich had once called an indispensable source of knowledge in practical faith in Divine Providence.

We also understand that the Sisters of Mary, in the face of the scandal in the media and the resistance of large parts of the People of God, resorted to new narratives, this time with regard to the local bishop. The narrative that there cannot be more than one Schoenstatt Shrine in a city (what will they do with the “surplus” Shrines in Rome, Buenos Aires, Santiago, Vallendar?), or the narrative that where there are no Sisters of Mary, there is no “real” Schoenstatt Shrine (in this way, half of the Shrines worldwide are eliminated…).

Now they say that the “old” shrine in Santa Cruz do Sul, that is, the only one so far, is no longer a shrine, but a chapel. An artificial distinction. In the first years of Schoenstatt, the founding generation spoke only of their “little chapel”…and many Schoenstatters still say this today.

A shrine, according to Oxford Languages, is a place regarded as holy because of its associations with a divinity or a sacred person or relic, marked by a building or other construction. For the Catholic Church, a shrine is a place of pilgrimage for the faithful:

“A shrine is understood to be a church or other sacred place to which numerous faithful go on pilgrimage for a special reason of devotion, with the permission of the local Ordinary. In a shrine, an encounter with the living God is offered through the life-giving experience of mystery proclaimed, celebrated and lived: In shrines, the means of salvation are to be made abundantly available to the faithful through the diligent preaching of the Word of God and the careful cultivation of liturgical life, especially through the celebration of the Eucharist and penance, but also through the practice of other time-tested forms of popular piety. Thus, shrines are like landmarks that guide the journey of God’s children on earth and foster the experience of retreat, encounter and the building of an ecclesial community.”

The entire Vatican document is worthwhile reading and studying

I remember Father Carlos Cox, the rector of the shrine in Maipú (Chile) at the time, saying in preparing for the Jubilee of the Covenant of Love that from this ecclesial perspective, few of the Schoenstatt “shrines” are shrines….

What makes a shrine a shrine? In Schoenstatt, the capital of grace offered by visitors, along with the yes of Mary, the Mother of us all, to accept the invitation to take up residence there and remain forever. Just as she did 40 years ago in Santa Cruz do Sul and still does today. 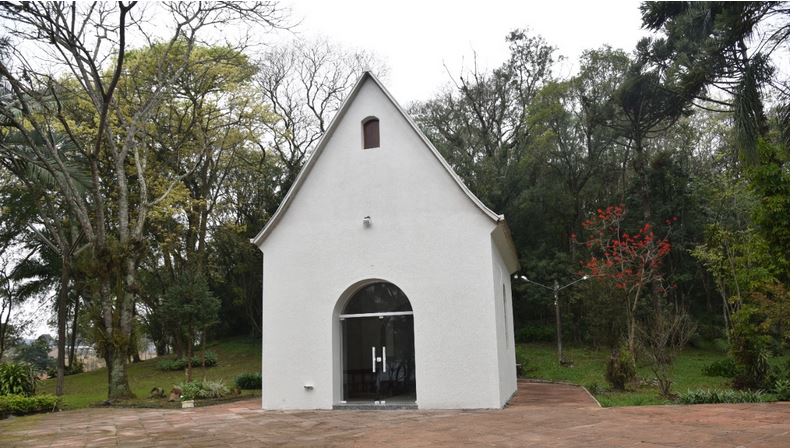 All articles on the subject