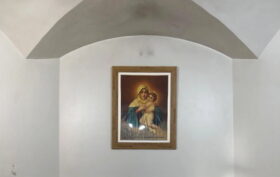 BRAZIL, Maria Fischer • “What if we launched a large international campaign seeking contributions to the Capital of Grace to help our brothers and sisters in Santa Cruz do Sul to reconquer and rebuild their shrine? Let us create a great current of support and accompaniment for them and show them that there is also community in Schoenstatt. It is an idea…” An idea that Claudio Ardissone from Assunción suggested to his international team members at schoenstatt.org when he saw the pictures of the interior of the shrine, with itsRead More 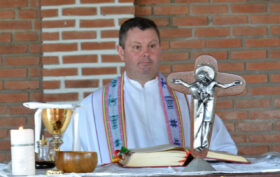 BOLIVIA, Alexandra Kempff • Father Milton Sulzbacher lost his battle against covid-19 on February 1st. He was one of several priests who literally gave his life in this pandemic because he never stopped attending to the needs of our people. Father Milton was very dear to the Schoenstatt Family of Santa Cruz. — Father Milton was a priest of the Missionaries of the Holy Family; he was born in Santa Catarina, Brazil, in 1975 and arrived in Santa Cruz in 2017 a few weeks after being ordained as a priest.Read More