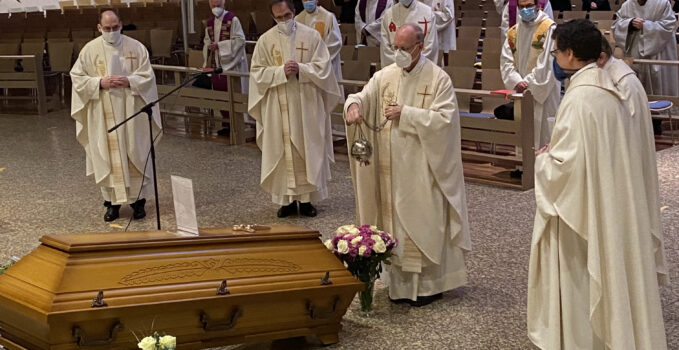 When a member of the International Presidium dies, the news goes around the world. The pendulum between unity and diversity (of apostolate preferences, opinions, vocation options) then tilts very strongly toward unity and one is there, walking and carrying along; even in the midst of the Christmas season and in the midst of the Corona Lockdown.  On the night before Christmas Eve, Ernest M. Kanzler, Superior General of the Institute of the Schoenstatt Brothers of Mary, passed away. On December 29th, 100 people in the Pilgrims’ Church and many hundreds in front of their screens celebrated the Christmas Requiem for him, whom the President of the International Presidium, Fr. Juan Pablo Catoggio, portrayed as a “new Joseph” based on the Pope’s letter Cordis Patre. —

In the pilgrimage church decorated for Christmas, Father Juan Pablo Catoggio (President of the International Presidium) stood at the altar along with Father Joerg Simon (Standing Director of the Men’s League), Father Joachim Schmiedl (long-time assistant of the Institute of the Schoenstatt Brothers of Mary), Father Bernd Biberger (General Director of the Schoenstatt Sisters of Mary), and Father Lothar Herter (Pilgrimage Director).

In the “context of the Christmas event, we come together to say farewell to Mr. Ernest Kanzler. In faith we understand death as the actual birth into heaven. Therefore, in spite of the heavy loss and mourning, gratitude prevails: gratitude for him, for his life and work among us, gratitude for all that the good God gave Mr. Kanzler and gave us through him. More than farewell, we are united by the Magnificat and the confidence that he will intercede in heaven for us, especially for his community and for Schoenstatt,” Fr. Juan Pablo Catoggio began his address, quoting Ernest M. Kanzler’s Christmas greeting, which for many has become a prophetic word of interpretation of the sudden death shortly before Christmas, which is so difficult to grasp from a human perspective.

A very special Christmas is just around the corner. God prescribes us a whole new perspective on the feast of the birth of His Son. More than ever, we long for light in the darkness, for reliability for the future, for communion with loved ones. Central values of Christmas emerge more clearly. The value of the accessories of Christmas is being put into perspective. Let us look forward to the Christ Child. He is the light in the darkness. With him, God gives us an absolutely reliable partner for every future that lies ahead of us. Friendship with him gives fellowship with depth.” 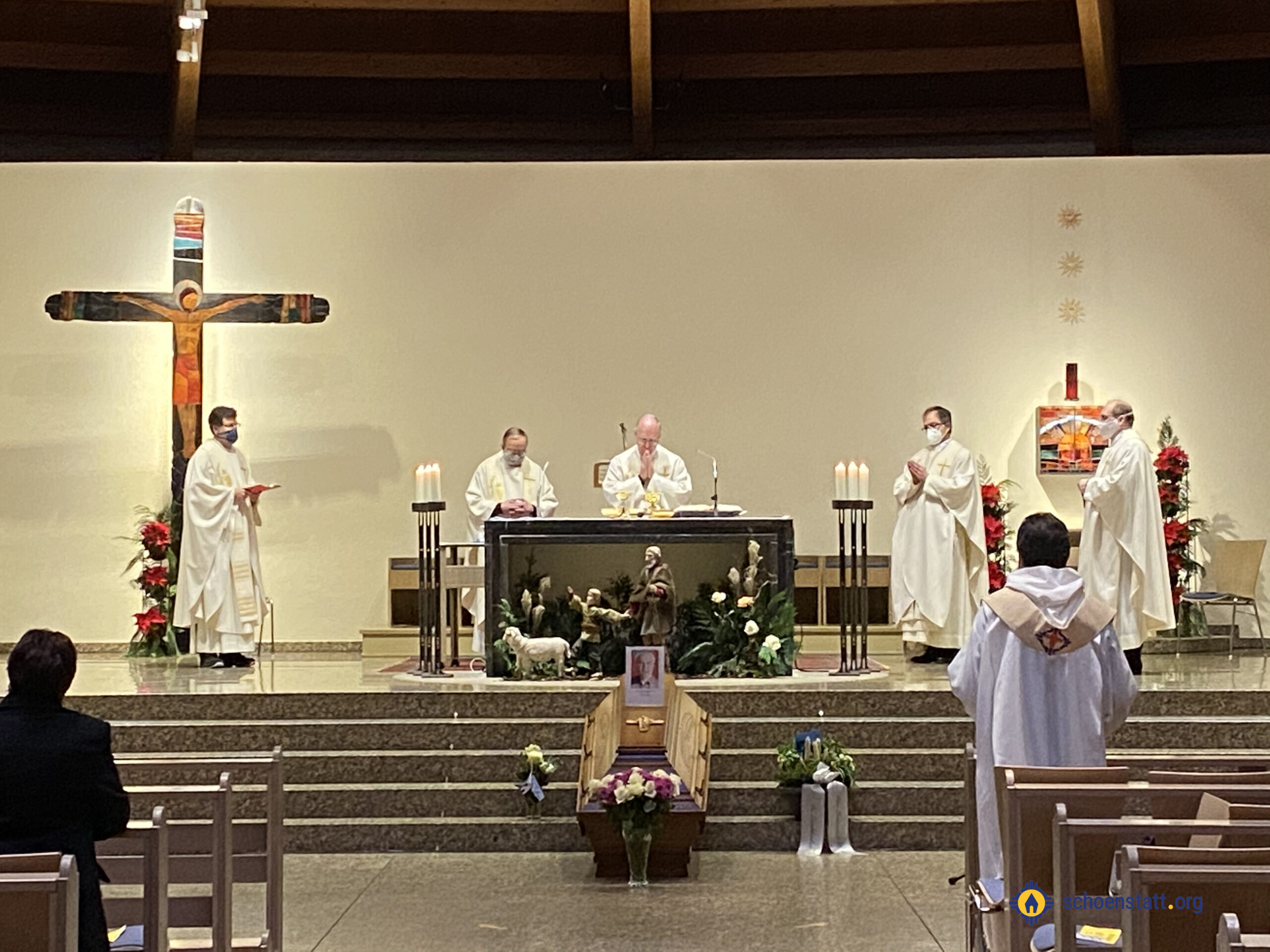 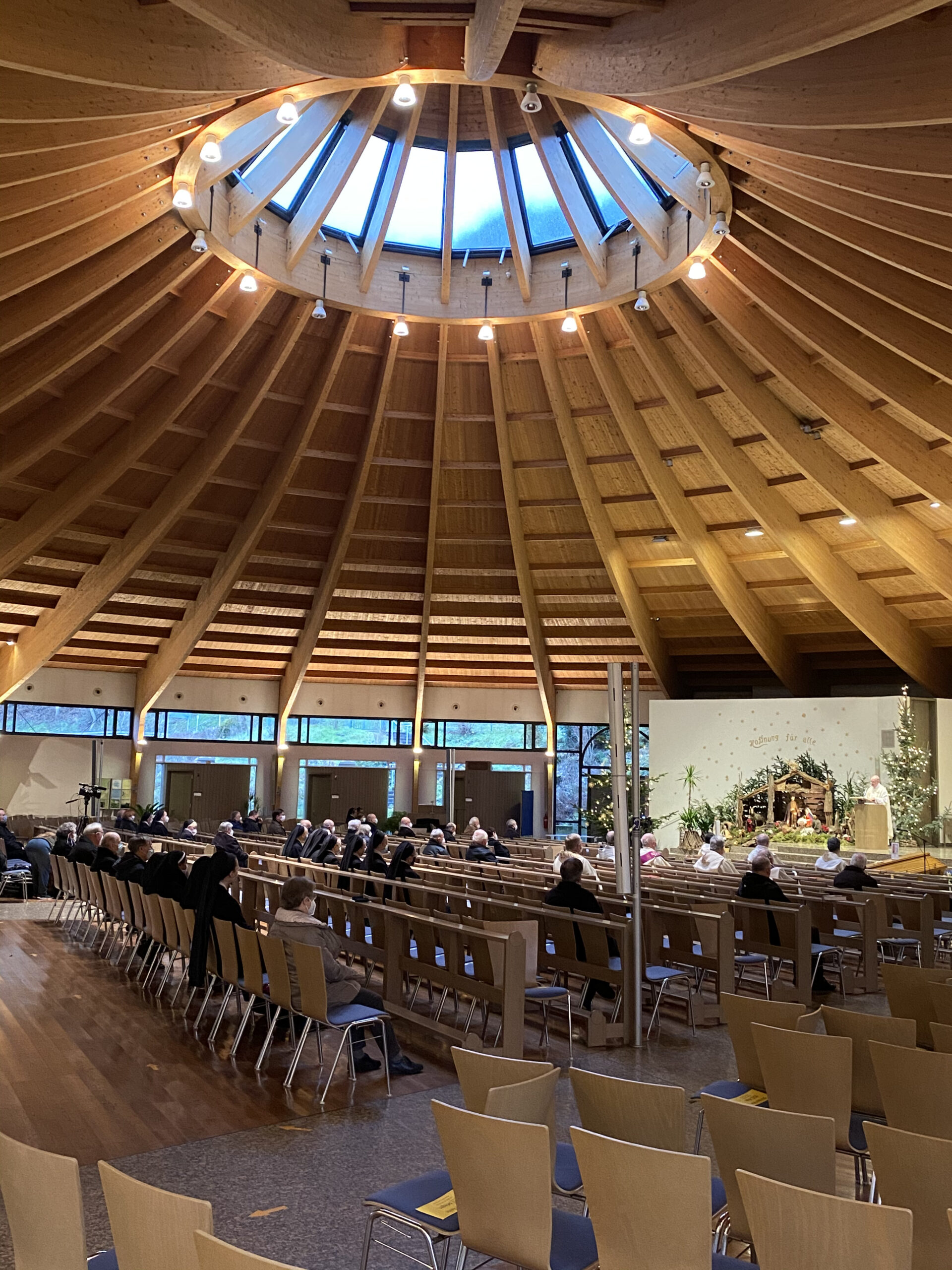 “All the characteristics of St. Joseph that the Pope describes fit him incredibly well,” said Father Juan Pablo Catoggio toward the end of his address, in which he placed the life and death of Mr. Kanzler in the Christmas story. Pope Francis’ letter for the Year of Saint Joseph, which began on December 8, portrays in seven points fatherhood and paternity of the saint who has his place in the right corner of the Original Shrine and in the hearts of many.

Like Joseph, he trusted in God in all situations. Like the “righteous” whom the Book of Wisdom praises.

Mr. Kanzler, like Joseph, knew himself to be called to be the father of a holy family…”

We think about how we can shape and help shape the Year of St. Joseph, how men can bear witness to one point or another that our Holy Father points out to us about Joseph and in the Church, we search and grope – and then God just puts one of our own in front of us like that and, “You don’t have to force anything to see Mr. Kanzler like a new Joseph. All the characteristics of St. Joseph that the Pope describes fit him incredibly well.”

Walking part of the way

“The old tradition of sitting together after the Requiem, with coffee and cake, to enter into conversation about our encounters, experiences, joys and sorrows with the deceased, is not given to us this year,” Pedro M.Dillinger had said at the beginning of the Mass. He himself, Harald M. Knes and Joachim Konrad from the Men’s Federation gave a brief testimony of how they had experienced Ernest M. Kanzler, how he, giving freedom, had gone along part of the way. And if it meant leaving the community in Schoenstatt alone at Christmas and going to Chile to celebrate Christmas with a Brother of Mary who lived there alone.

Please feel free to use the comment function on this article to express your condolences or to pass on memories of and experiences with Ernest M. Kanzler – again without coffee and cake, but as is a good tradition with conversations about encounters that last. 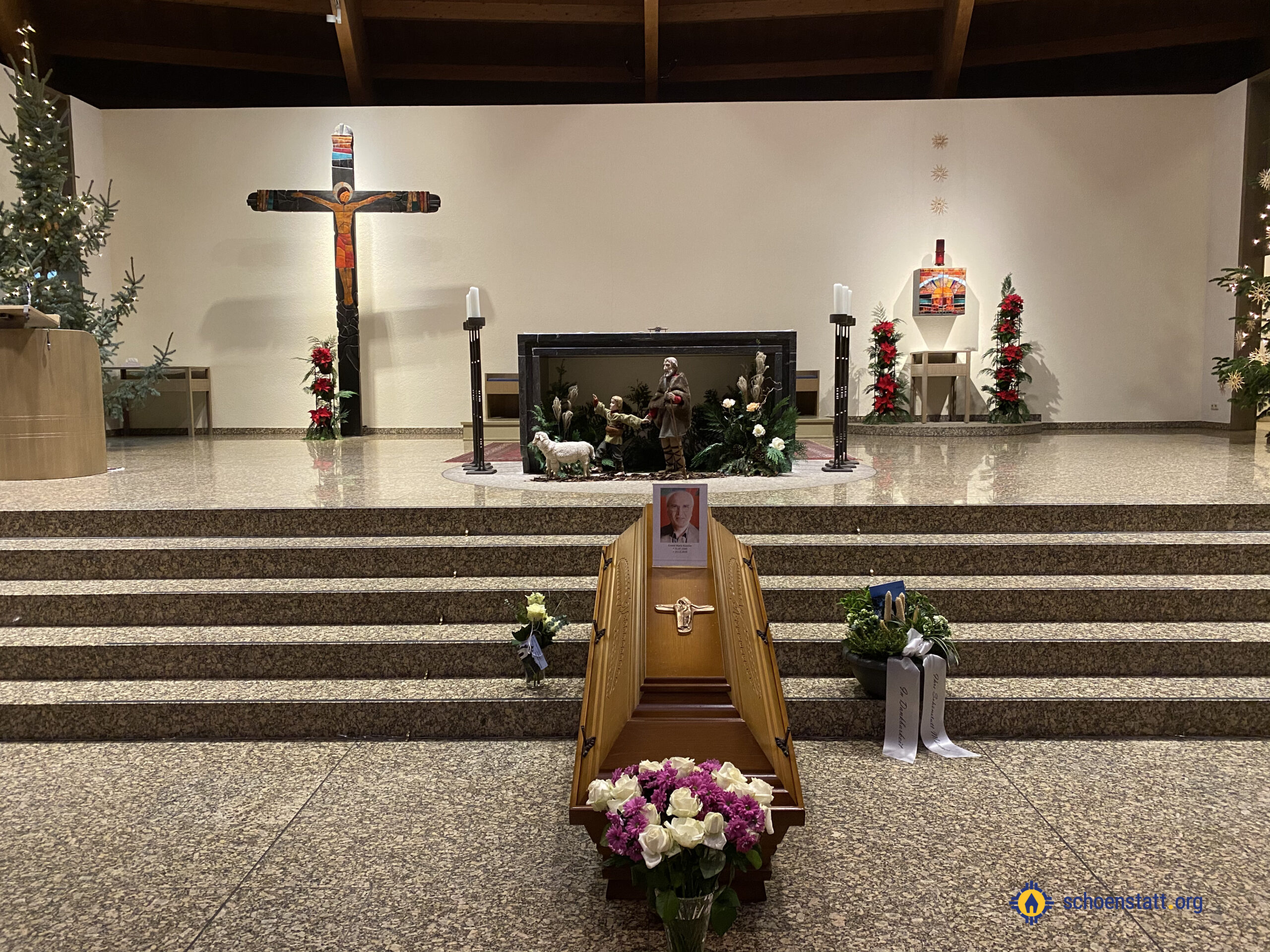 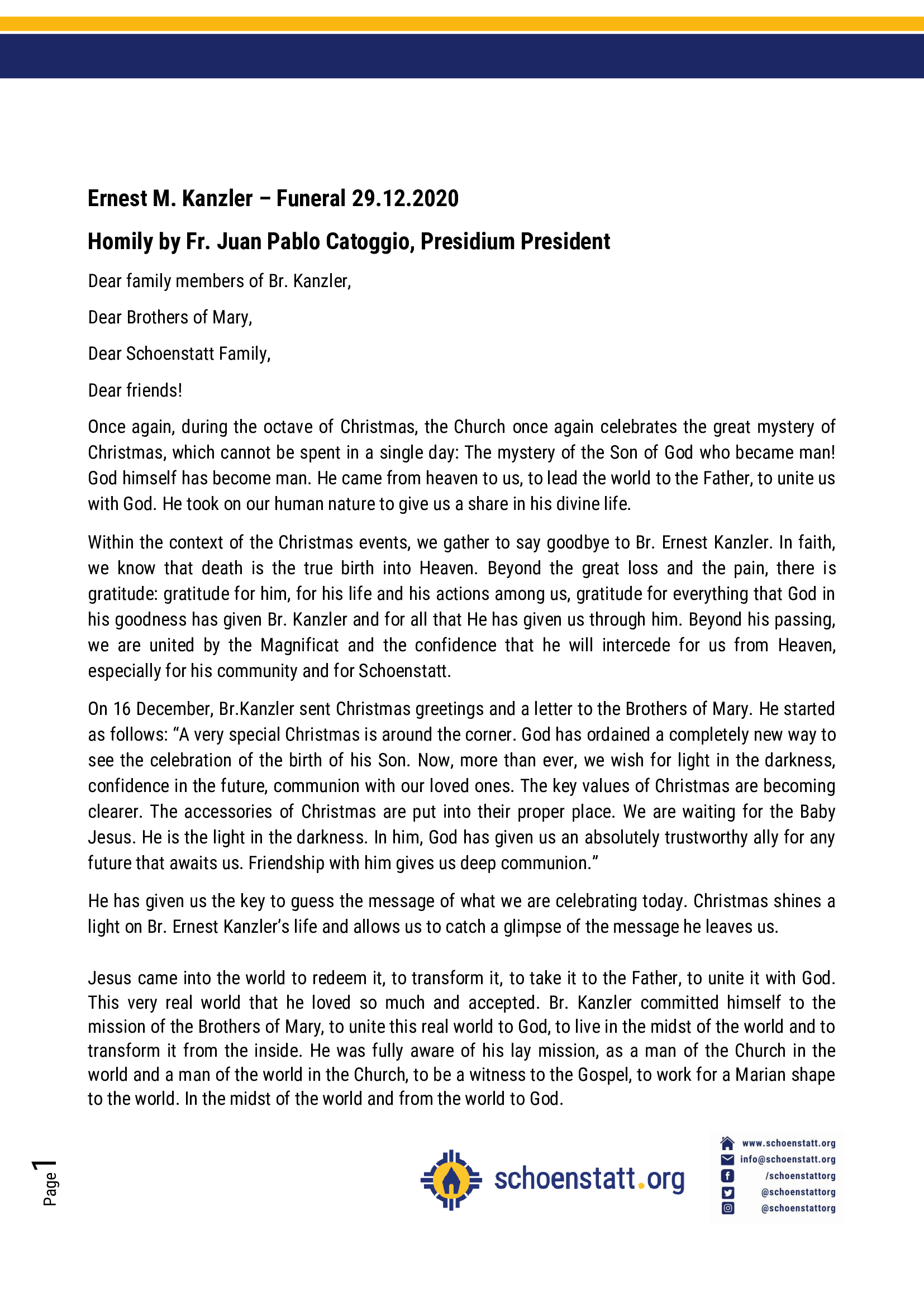 Full text of the homily