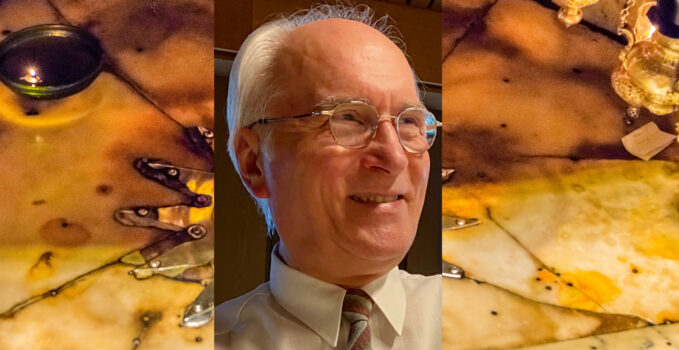 Death is not a strange “coincidence” for all of us, but many times the quickness of it leaves us stunned, and in times of pandemic, where this virus has taken so many people very quickly to the kingdom of heaven, it does not cease to be something that surprises us. On December 23rd, on Christmas Eve and the first days of the Year of St. Joseph, Ernest M. Kanzler, Superior General of the Institute of the Schoenstatt Brothers of Mary, died. — 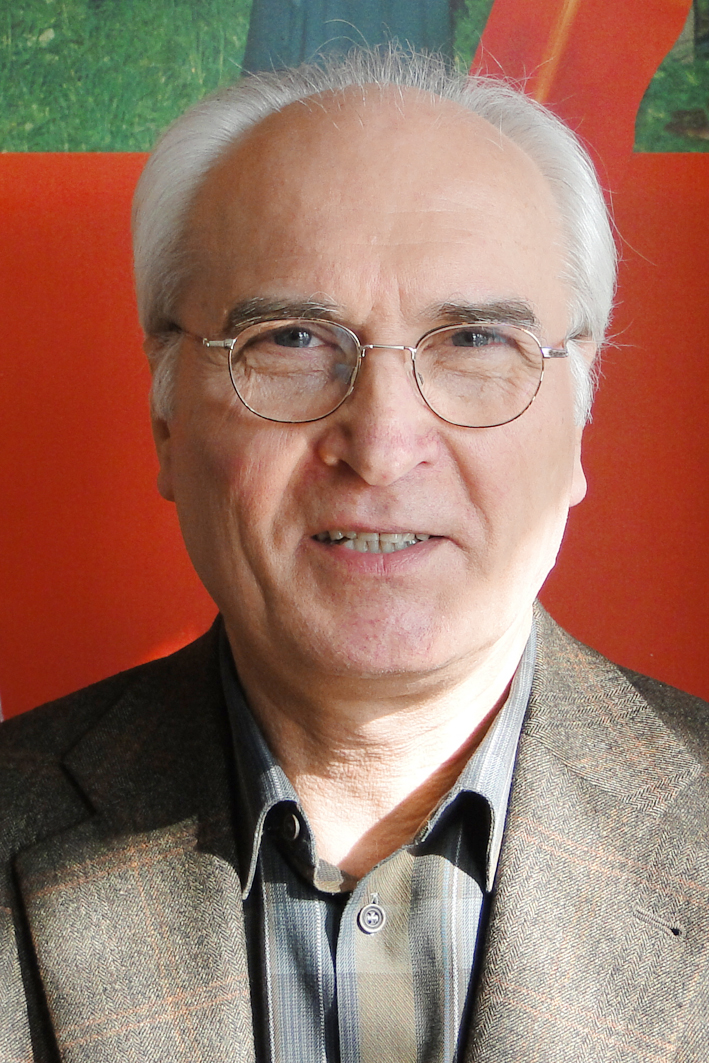 “Exactly two weeks ago, Ernest received his doctor’s diagnosis: cancer. The plasmacytoma, with radiation to the vertebral bones and pelvis, was already advanced”, writes Thomas M. Butz, on December 25th, to the “friends and benefactors of the Brothers of Mary”, who used to receive Ernest M. Kanzler’s greetings.

“On one hand, he was finally clear about the causes of his pain; but, on the other hand, he was also noticeably clear that he would have only a short period of time left in his earthly life.

The rapidity at which his condition deteriorated took us all by surprise. Last Friday, hospitalization was inevitable. The oncological condition was aggravated by a stroke on Sunday night. Tests revealed a very bad prognosis, so by Wednesday afternoon it was clear that his life was coming to an end. We had the opportunity to accompany Ernest M. Kanzler all this time and we are very grateful with the hospital for making this possible during times of coronavirus.

On December 23rd at 11:40 p.m., Ernest passed away. The loss weighs heavily, for the community, the men, the mission as lay people in the world. He carried these concerns deep in his heart, but we, the Brothers of Mary, also live historically in the certainty that God can write straight on crooked lines.”

For the past few weeks, in various community conversations, the “divine alteration” has been a topic of conversation, these play on words from the German overlapped to our reality with the virus and the illness of Ernesto M. Kanzler.

The divine alteration appears in different forms and we do not always understand the reasons for, but as Christians and above all as Schoenstatters, we are always in search of that “Open Window” in the spirit of the Blank Power. That is why from the sudden departure to the eternal Schoenstatt of Ernest M. Kanzler, we want to unite in prayer for his eternal rest and the search for that Open Window.

As one of the youngest Brothers of Mary in the Community, I had the honor of meeting and exchanging ideas with him very recently. Even since my arrival to Schoenstatt for the first time, I was able to discover in him, not only my superior within the family, but a confrere, always willing to listen and exchange ideas. Regardless of the time, I knew that I could always count on an ear for my ideas and problems, as well as answers to my proposals with a different approach, from the perspective of a person who showed a deep religiosity and union with God.

Others were always present in his personality and ideas, especially men, how to be more freely available to them and accompany them. He cared for and accompanied each of the members of the community, like a real family father. 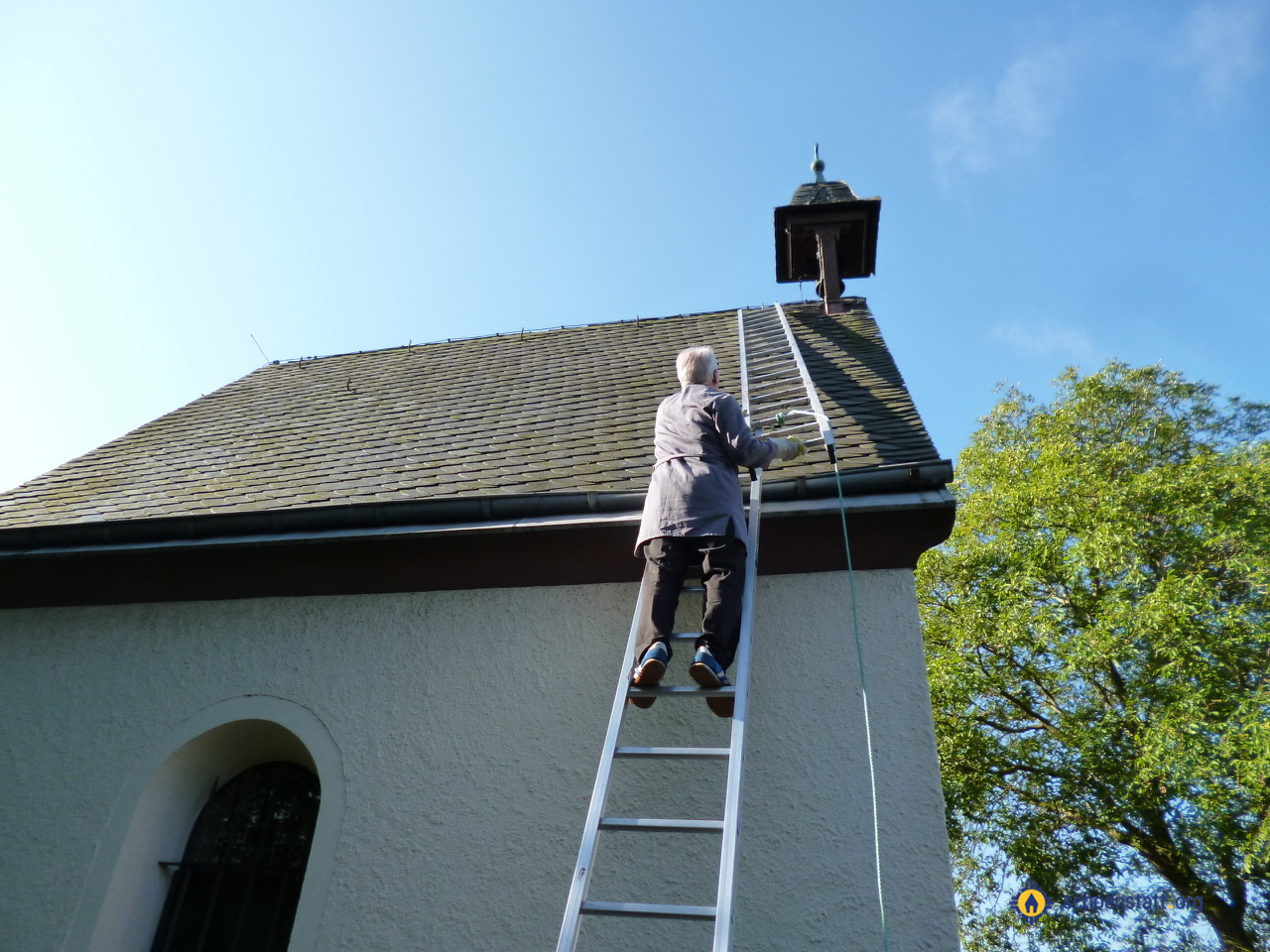 Always with the door and ears open

The work for the causes of Mario Hiriart and Joseph Engling were very close to him, so much that his personal commitment reached the point of moving personally to Cambrai to change and/or paint the tiles of the Shrine. He himself would go up on the roof or do other necessary maintenance work. He did this and other jobs with such naturalness and dedication that he dedicated his time entirely when necessary.

He prepared his meetings or publications for the Men’s League, the retreats or pilgrimages with so much care and affection and always gave his whole self in many sleepless nights, so that everything would always be ready.

All this he did in silence, without showing tiredness or frustration, with a reserved personality, always with the door and ears open, always impeccably dressed and with a smile that conveyed a palpable serenity.

A consecration-contract of a young member, in the presence of several of his friends and all of the young people from leader’s school? Different, unique, never done before. But yes.

Today not only the family of the Brothers of Mary has lost its superior, but several institutions, inside and outside of Schoenstatt, have lost an earthly collaborator but have gained an intercessor in heaven. 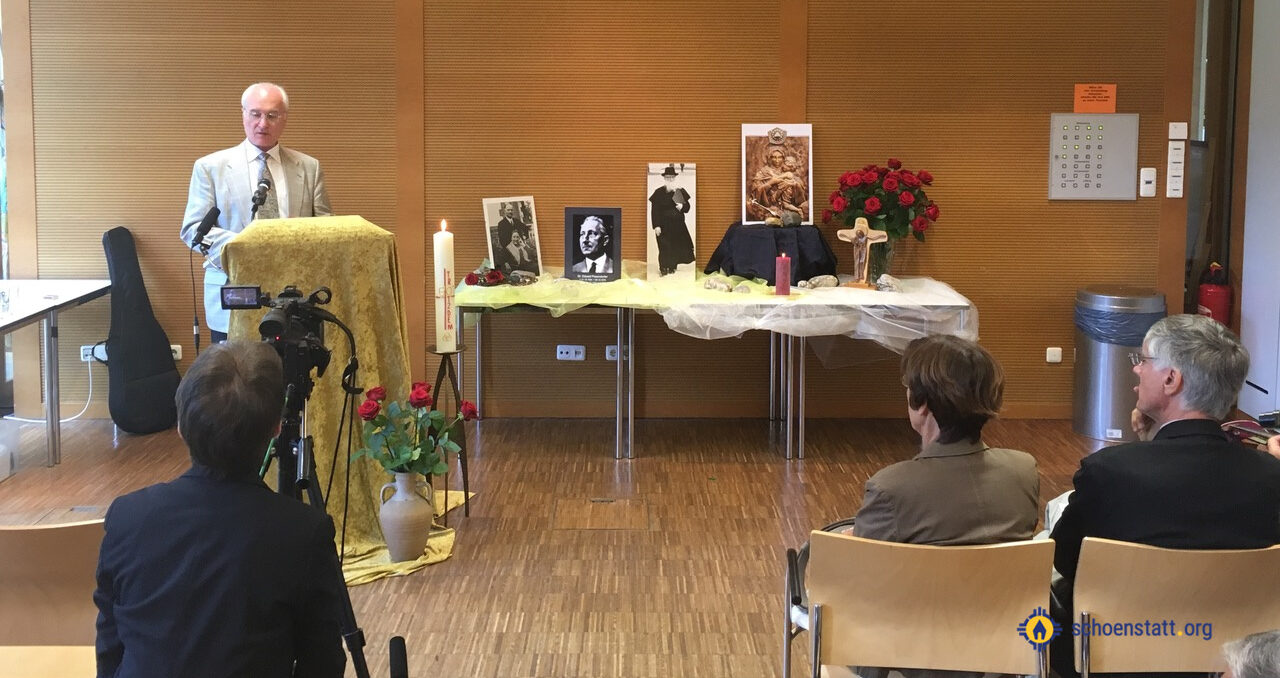 “A very special Christmas is just around the corner”

“A very special Christmas is just around the corner”. Thus begins the Christmas letter of 2020, still signed by Ernest M. Kanzler. None of us could have imagined that this phrase would become so important with the unexpected death of Mr. Kanzler.

God prescribes a completely new way of looking at the feast of his son’s birth. More than ever, we long for light in the darkness, reliability in the future, communion with our loved ones. The core values of Christmas are becoming clearer. The accessories of Christmas are being put into place.

Let us wait for Jesus the Child. He is the light in the darkness. God gives us with Him an absolutely reliable ally for every future that lies ahead of us. Friendship with Him gives us communion in depth”.

Thank you, Mr. Ernest M. Kanzler, for your service to all of Schoenstatt.

Please use the comments function of this article to express your condolences or to pass on memories and experiences with Ernest M. Kanzler. 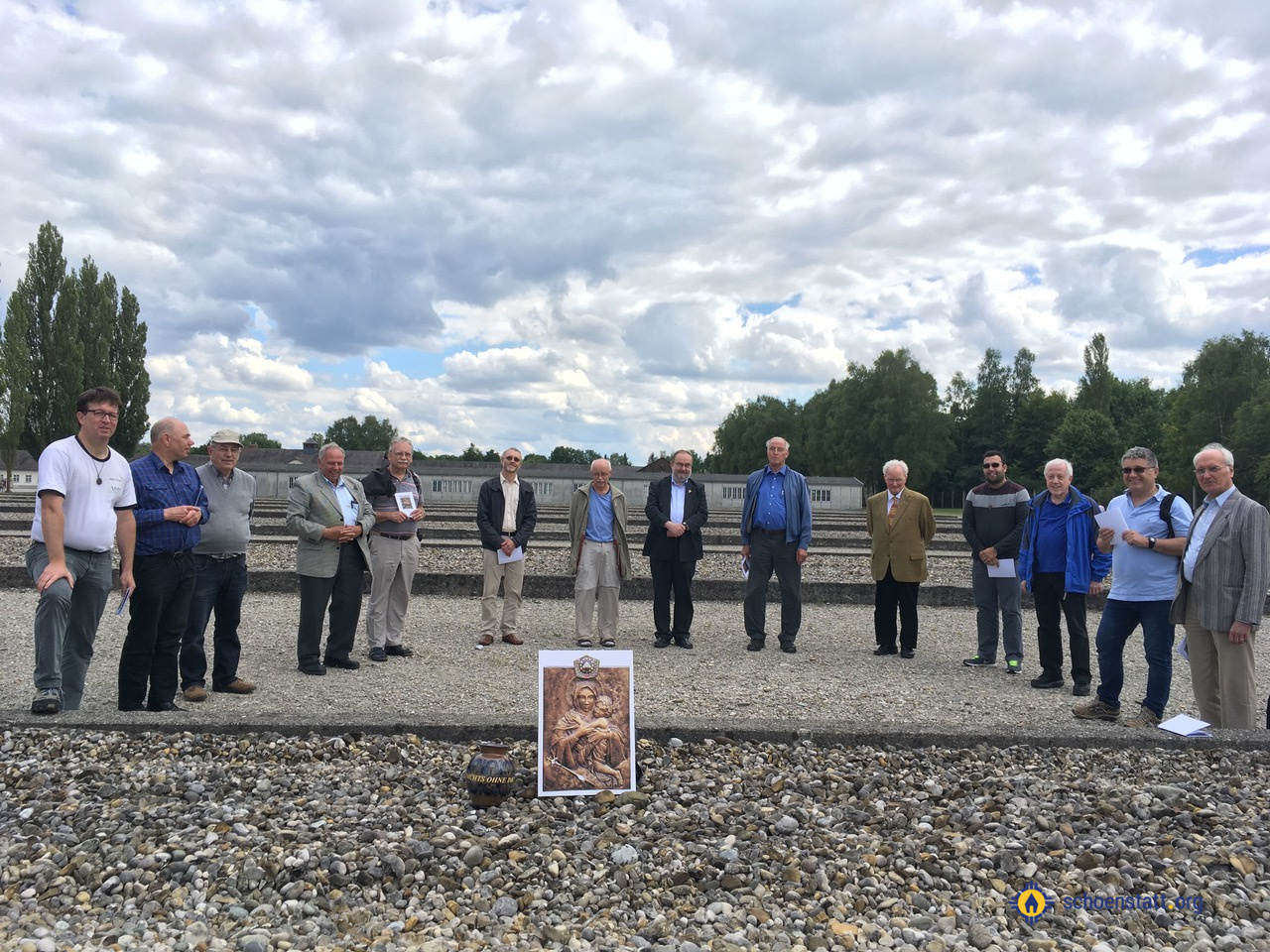 The CV is not available in English

The requiem mass was celebrated on December 29th at 3:00 pm. (local time) in the Pilgrims’ Church, and was transmitted live by schoenstatt-tv.