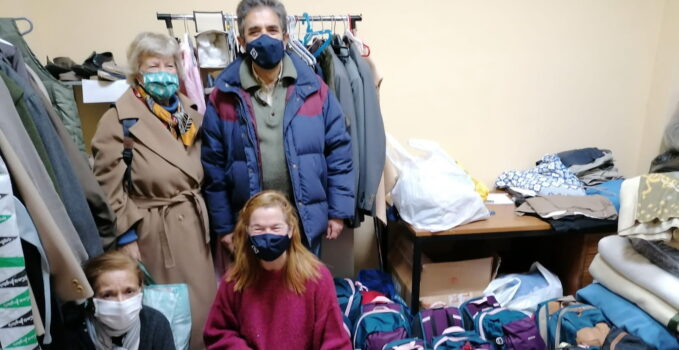 Christmas was coming and already during Advent, we had started preparing backpacks filled with food and clothes for our friends: the poorest of the poor who do not even have a roof over their heads. —

The great “distribution” date was drawing closer and we felt like the Magi from the East, bringing those who were waiting for us the only gift that they will receive: backpacks. And this time they are filled with lots of hard work, prayers and contributions to the Capital of Grace, because the with the pandemic and self-isolation, shows of solidarity have increased. 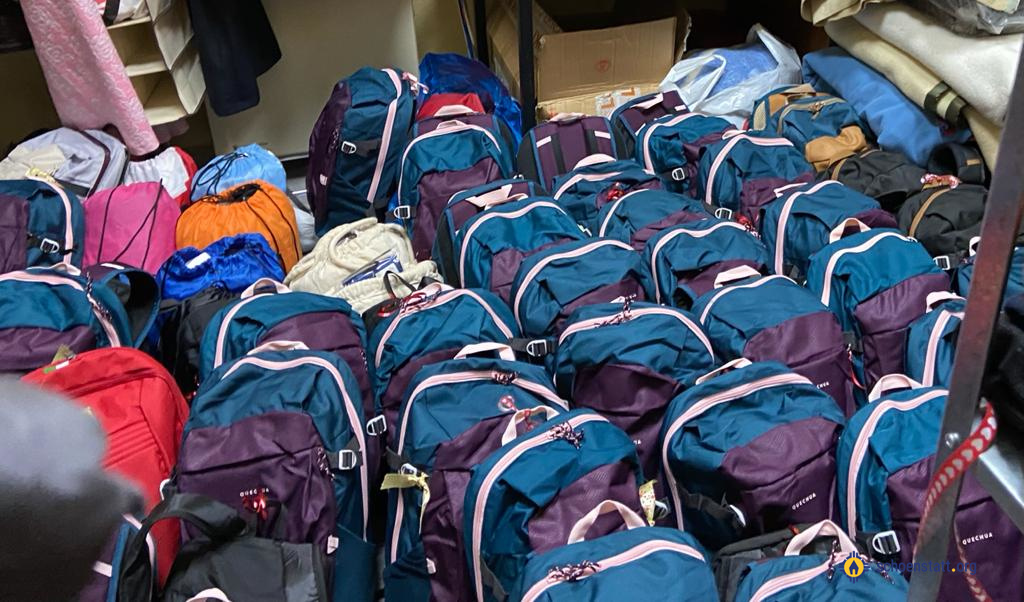 The backpacks ran out in several shopping malls

With the money we received, we were able to buy backpacks (leaving several some shopping malls without any) and food to put into them, as well as thermal vests, beanies, scarves, underwear, and even sweaters, sweatshirts or any kind of warm clothes that would help the poor survive the cold winter that has already arrived in our city, with its cold nights that make it hard for us to go out to distribute the goods. I cannot imagine what it is like for those who live on the streets.

The truth is that this time of preparation draws us closer to the mystery of Christmas…Was Jesus not born in a humble stable in the winter cold? At least, that is how we imagine it. Each backpack we prepare carries a memory of the Baby Jesus and it motivates us because in each person we meet, we see the face of the Baby Jesus who says to us: “I was hungry and you gave me to eat; I was hungry and you gave me to drink…”

From the shrine to the city’s poor 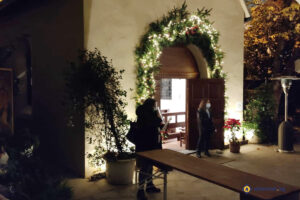 This year we started out from our Serrano shrine after a time of reflection and prayer.

There were many more people than in previous years, so we were able to cover a wider areas, and we headed down new roads, which was our case.

I went with two young people and two friends. One of them is a journalist who wanted to interview some of the people we met on the streets.

After seeing a few of them and distributing backpacks, the most powerful experience of the evening was when we met a 15 or 16 year old boy who had a huge blanket to cover himself, but it didn’t seem to offer much warmth and underneath it it seemed that he had nothing else on and he was even barefoot despite the immense cold.

As we approached, he ran away. A small black boy who was with him told us that he lived on the street with his parents and he had run away so that we would not call the police because he was a minor and was afraid.

He was afraid!  Not only did he have to bear the cold and hunger, but also fear. This had a powerful impact on everyone and we decided to leave all the clothes we had with his friend and we went to look for him. It was as if he had vanished into thin air….we could not find him. We had one question: “Was this a sign? Perhaps it was a “gift”? Perhaps he touched our hearts to remind us that in every city there are people who do not have anything, not even the most basic things to survive. 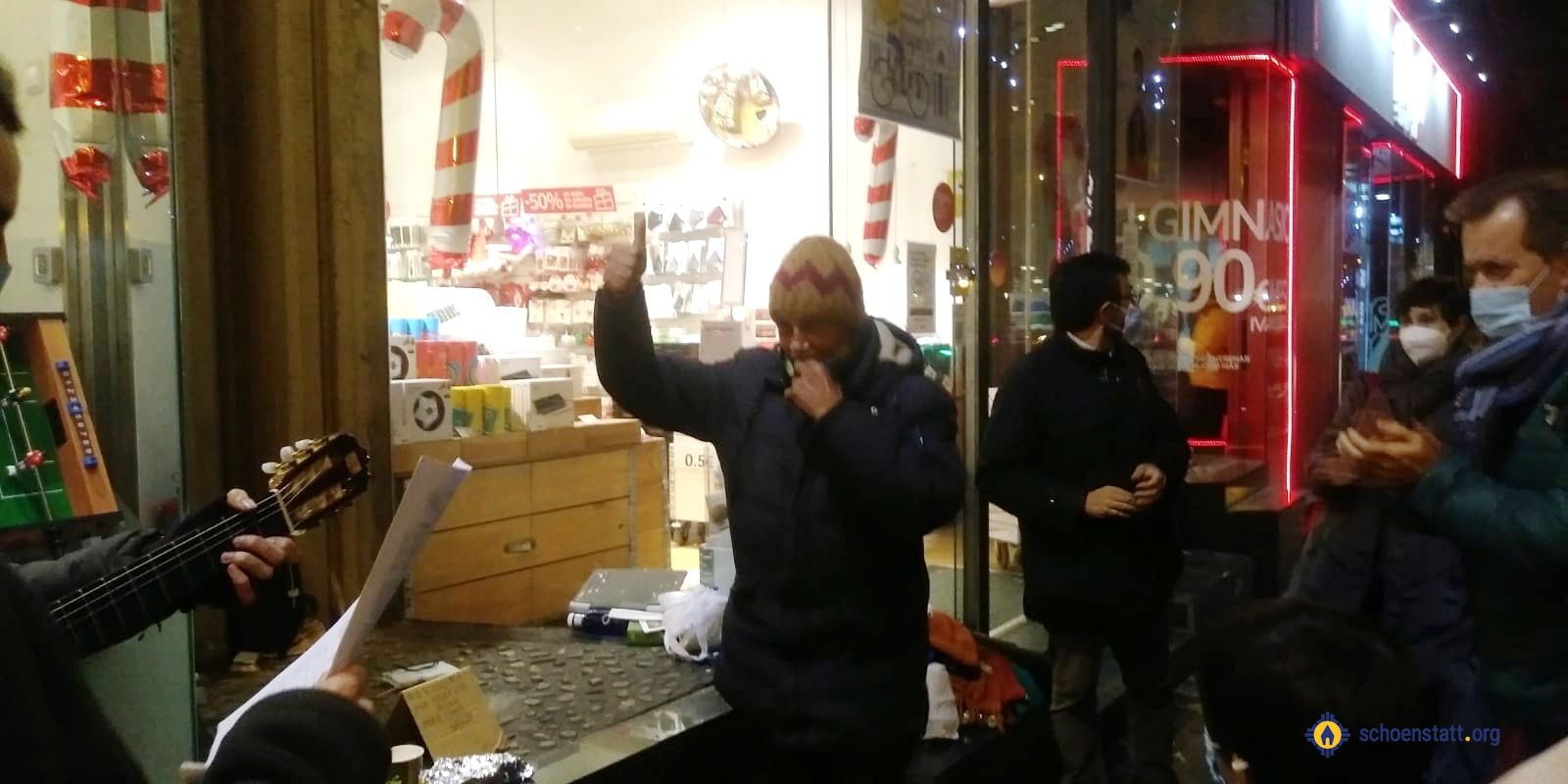 They need us every day

Each one must reflect in his or her own heart to hear the Lord who comes as a poor Child to hear what he is asking us.

It is easy for us to have these sentiments during Christmas time. It seems that we show more solidarity, are more open, are more aware of giving a little bit of ourselves. To share… But these people live on our streets every day of the year and they need us every day.

Thank God that each day there are more people who receive the call to accompany and help those who need it most and hopefully, we can all learn to see the face of Christ in each of them, without turning away, without judging, and without analyzing, but remaining aware that we are all sons and daughters of the same God and that perhaps one day, we could be one of them. 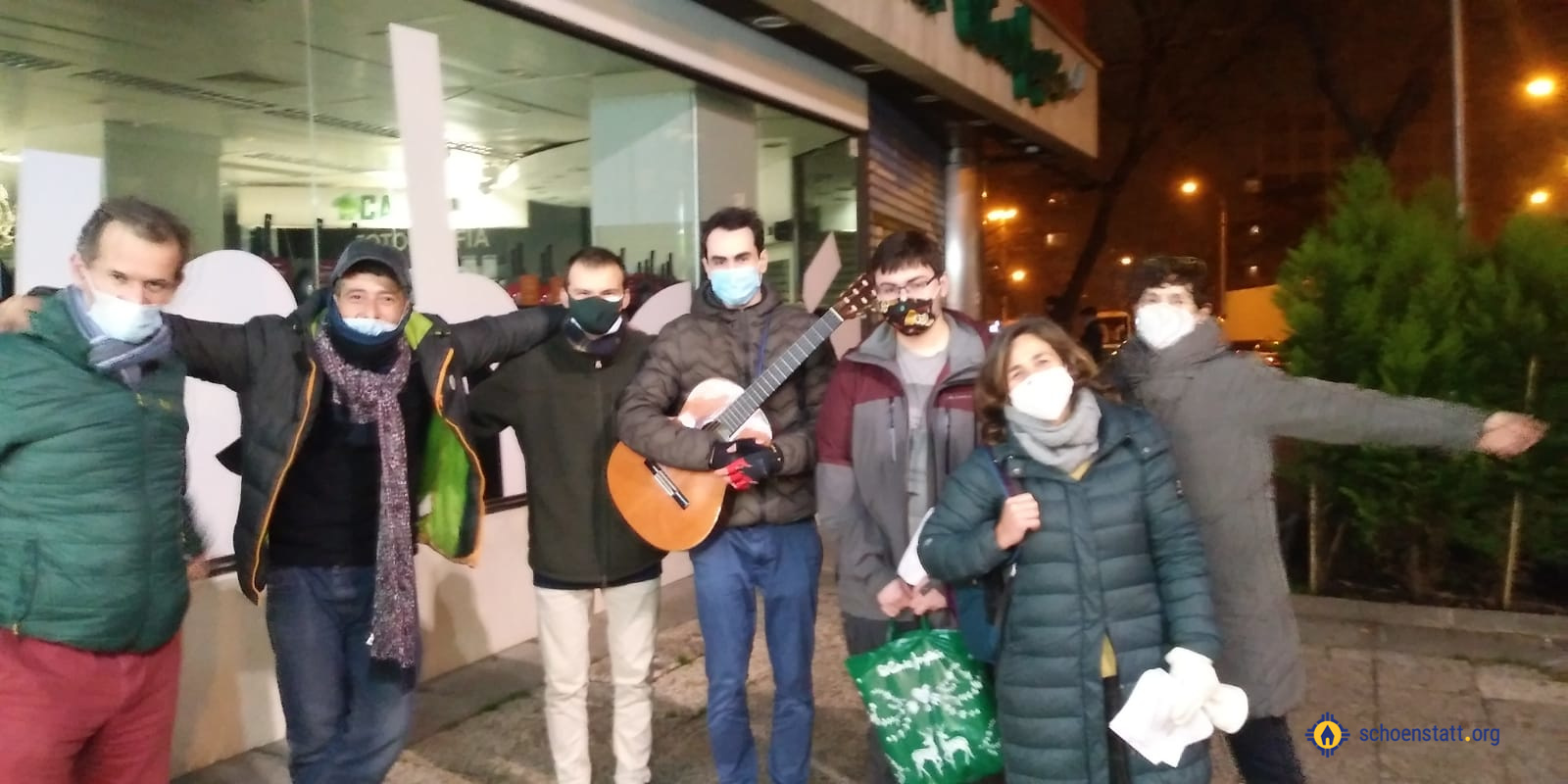