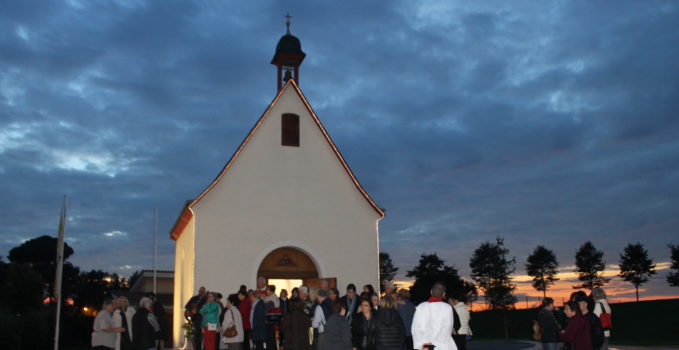 “Let us run to the city of David…” perchance did the author of this beautiful German Christmas carol find himself, at one time, in the daily Roman traffic jam, looking at his GPS, which showed the arrival time threateningly indicating that it coincide with the beginning of the Covenant Mass in the Belmonte Rome International Center, while the co-pilot was saying out loud: “Push, push, push”? Disregarding all the non-Roman traffic laws, we finally crossed through the Center’s entrance gate punctually at 5:30 p.m., while the co-pilot offered the best compliment ever: “That was Italian style!” It took forty-five minutes from the Vatican, in bumper-to-bumper traffic, or as the passenger from Germany explained: physically it is impossible for two autos to be moving in the same space in the street. While there were not two, at least it was ours. We ran. And we finally arrived. 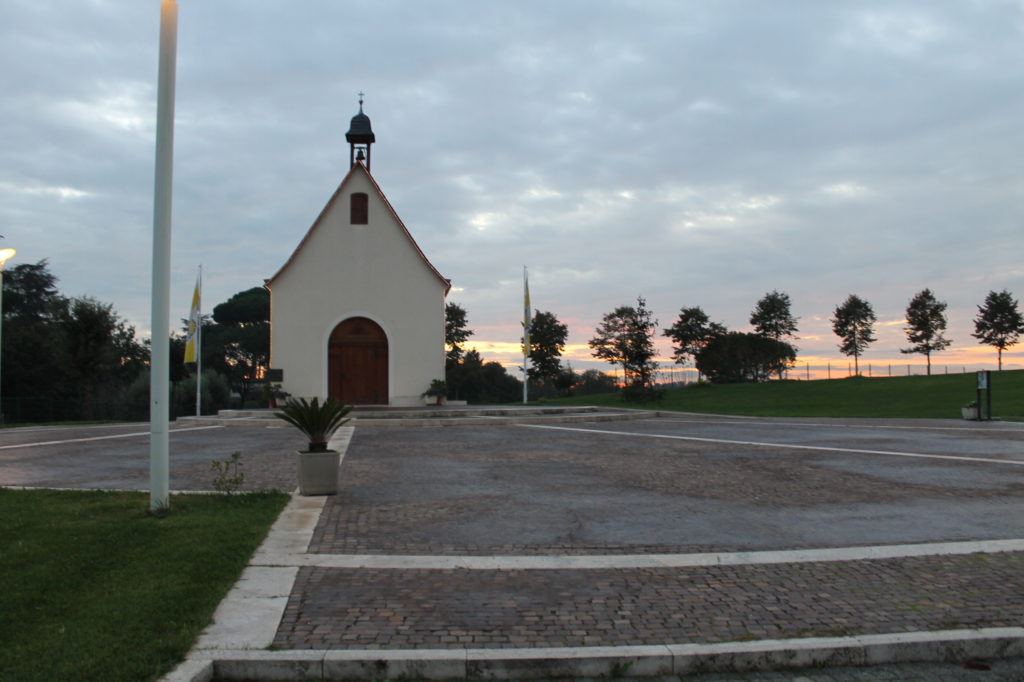 United with everyone who has consecrated themselves to you…

Let us run to Belmonte. This is what we wanted to say to people allover the entire world, that in some way, feel deeply attached to this shrine especially the Pilgrim Mother’s Missionaries from forty wayside shrines in Argentina, Bolivia, Chile, Portugal, Austria and Paraguay that have expressed their attachment with Belmonte by sending a photo of their wayside shrine for the Pozzobon room, and the many more to come. We carry the 40,000 people, who celebrated their Covenant of Love in Tupãrenda and all the Schoenstatters in the Original Shrine in our heart. We expressed gratitude for the ten years of the Mount Tabor School in Madrid, celebrated on this day, for the more of the Pilgrim Mother’s 100 missionaries, who sealed their Covenant of Love in Sicily, and the many other who on this day sealed or renewed the Covenant of Love through which Schoenstatt places itself at the service of the Church and world, again and again.

The Domus Pater Kentenich Pilgrim House entrance hall was well lit and approximately fifty Italian Schoenstatters and friends of the shrine just prayed the last mystery of the rosary on this 18 October 2016 in the Holy Year of Mercy, here in Rome, where last Sunday, the Holy Father canonized seven people, who were witnesses of the Father’s mercy with their fellow man, each one in his/her own way of being.

The Pilgrim Mother’s missionaries brought their Pilgrim MTAs, many of them decorated very beautifully with rosaries, crowns, and flowers. Andrea, a Chilean and member of the Secular Institute of Our Lady of Schoenstatt, who works in Austin, TX USA and who was in Rome for a semester of study, placed her picture of the Pilgrim Mother along with the rest, when she arrived shortly after the first reading. Her bus was also stuck in traffic!

The three concelebrating priests, Fr. Georg Egle, the rector Fr. Daniel Lozano and Fr. Simon Donnelly, came from three continents: Africa, America and Europe. Among the participants of the Covenant Mass were Brazilians, Uruguayans, Chileans and Germans and of course Italians; many of them are daily pilgrims to the shrine. At the beginning of the Mass, the rector, Fr. David Lozano, briefly greeted everyone who arrived. 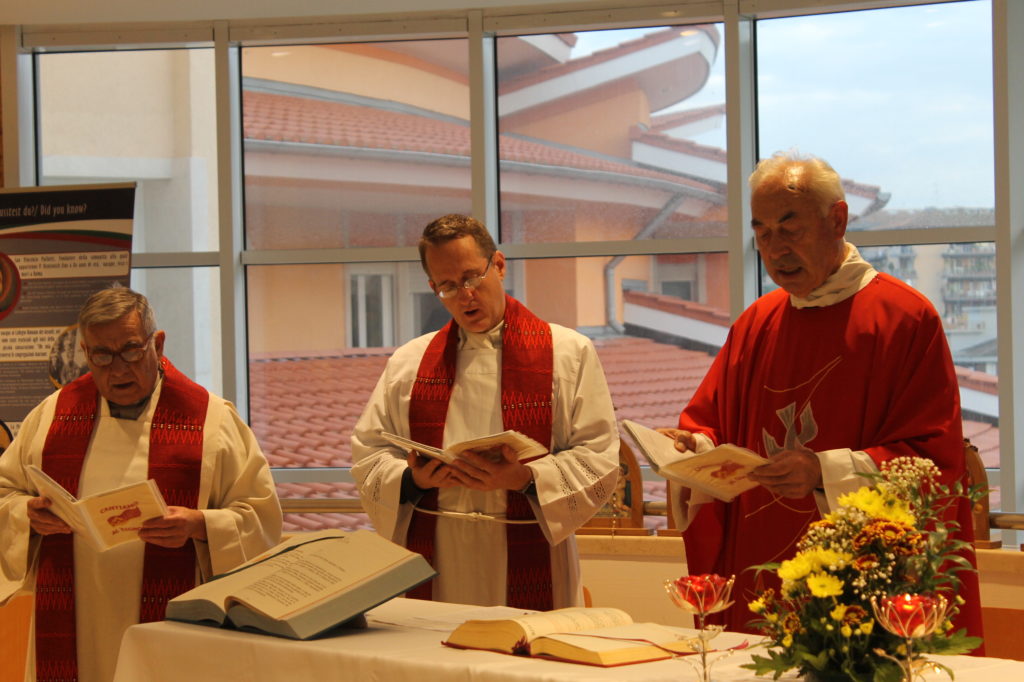 Fr. Georg Egle celebrated the Holy Mass. The homily was a concise catechesis of the Covenant of Love in its dimension “into its depth, into the height, length and breadth” just as Fr. Kentenich expressed in the Third Founding Document of 18 October 1944.

Two jars were in front of the altar: one from Costa Rica and one from Chile. To the left of the altar there was a large picture of the Blessed Mother, and on the table in front of her there were small slips of paper to write the contributions to the capital of grace. Time and again, someone approached to write something on the papers. There was a perception of grace, of contact with heaven and with the hearts within the community that sang and prayed. The Covenant of Love was felt in this concrete moment; it was a profoundly personal encounter, a personal commitment, and a personal sending out.

Everyone went on pilgrimage to the Shrine to renew the Covenant of Love singing the Pilgrim Mother Hymn, while the Shrine gleamed in the darkening early evening sky. The jars with contributions to the capital of grace, the Pilgrim Mothers were in the procession… Everyone renewed the Covenant of Love together of course in Italian and amidst that words whispered in English, Spanish, and German were heard. 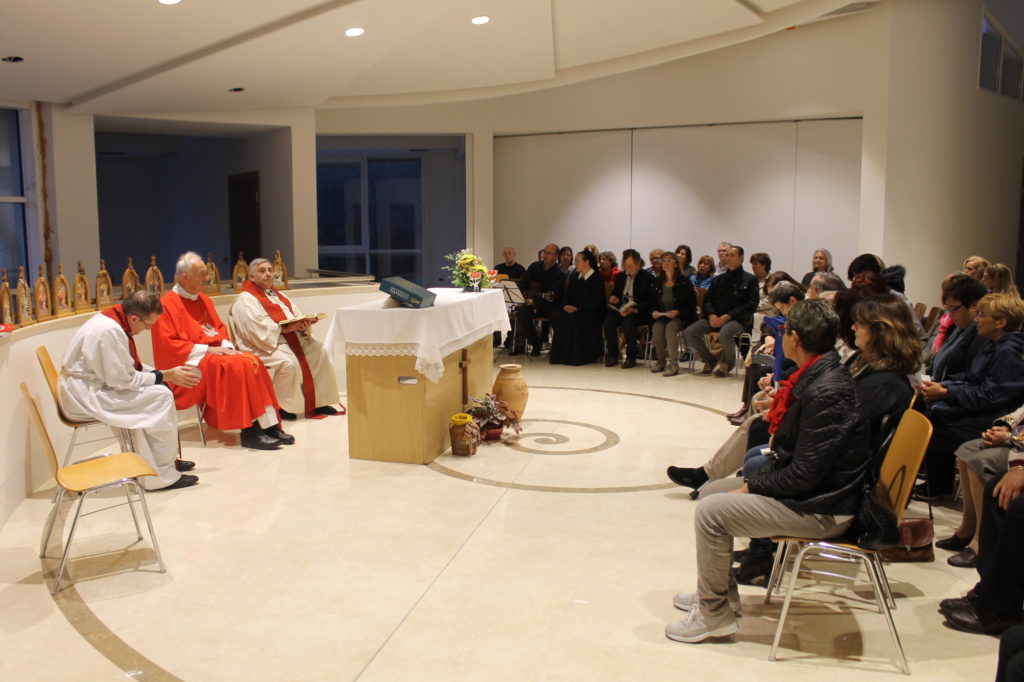 Some of the “international” visitors stayed to chat for a while. Andrea from Chile studies at the same university as Fr. Rolando Montes from Cuba, who could not be at Belmonte because of the schedule. She would like to introduce Fr. Rolando to the other priests she has spoken to about Schoenstatt. Fr. Simon Donnelly from South Africa told Gertrud and Norbert Jehle from Germany how he experienced the blessing of the shrine, and they told him about their experience during the placing of the cornerstone celebration in Belmonte, which they attended.

For some of them, the covenant celebration ended after a much less adventurous trip with South African, German and Chilean passengers, in Pietrini, close to the Vatican. They all have many ideas, dreams and stories about Belmonte and its mission along with some 18 October from the “Shrine of all of us” photos that were sent to many places around the world via WhatsApp! Let us run to Belmonte! 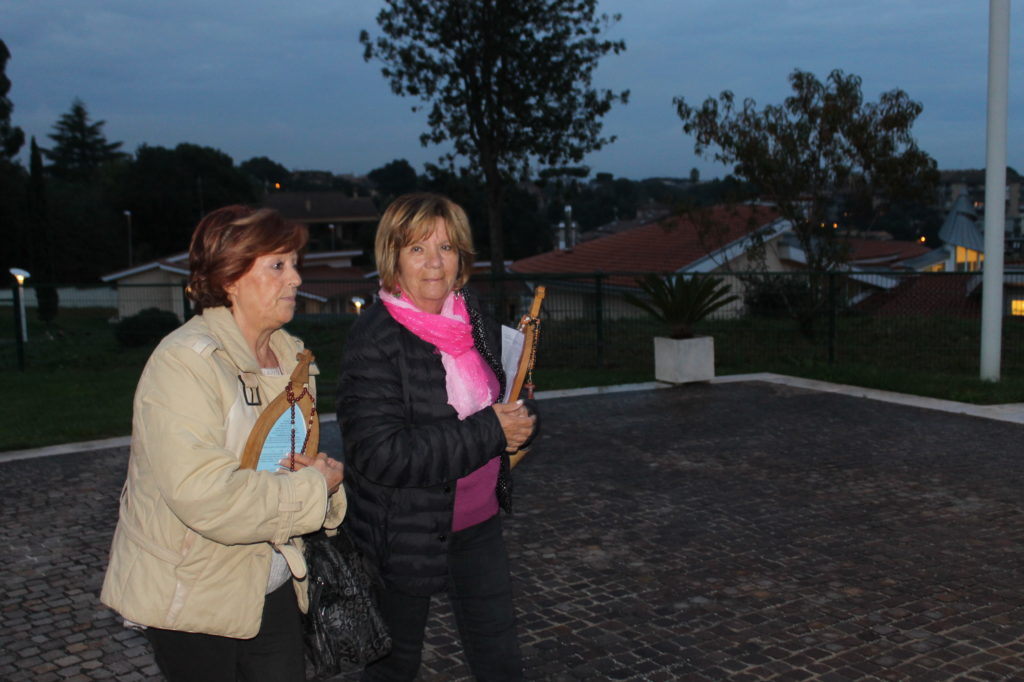 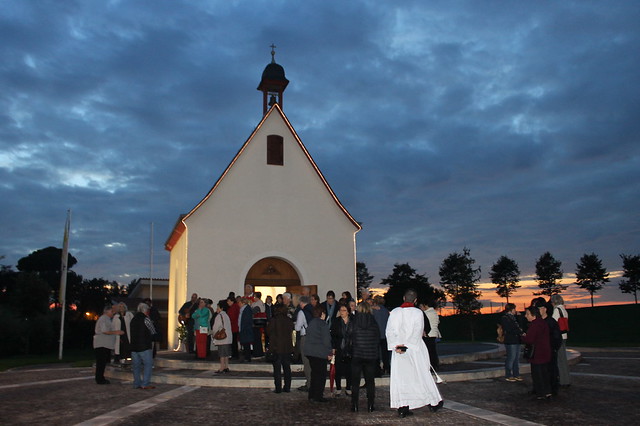