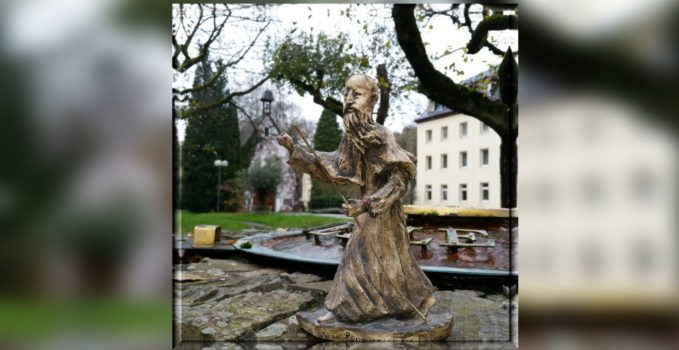 Covenant Culture – Let us go with him with great confidence

At the decisive moment no one took a photo. It was good that that was so, because we had to look for and find a photo that possibly expressed better than any other what the decision-makers of the regional Priests’ Federation from Germany, Switzerland, Portugal and the Czech Republic had experienced in the afternoon of 25 October towards the end of their annual regional conference, and what the Priests’ Federation of this territory wants to do in the coming year. The photo shows our Prophet (the small statue is owned by Fr Josef Fleischlin), against the background of Haus Marienau and the Canaan Patris Shrine, which celebrates its 25th anniversary next year, borne by the life at the source. Our prophet is walking with firm and rapid steps. Like the Federation priests who have given the year 2016/17 the heading:

Covenant Culture – Let us go with him with great confidence

Successful experiences, because everyone is complaining everywhere

Alone the fact that priests, the majority of whom are fully involved with the life of huge parish associations, have found the time to attend such a conference, and who make their contribution in a joyful, open and fraternal atmosphere, is a real experience of success. It began on Sunday evening, 23 October, with the exchange of personal and apostolically successful experiences, then also the local conference. There are enough complaints everywhere. This exchange opened and set its stamp on the basic climate for the work of the two days that followed.

Also listen to the voices of the times and of souls

The Federation priests took a great deal of time on Monday to listen to the voices of the times and of souls, at first personally, then in small groups, and finally at a plenary session. Whoever does not know the real world is unable to mould it. The voices of the times – from world events, the Church and Schoenstatt, as well as their own community – are essential sources of knowledge, and basic conditions for action according to a practical faith in Divine Providence. Three questions, repeated three times, guided the personal and community research:

What is going on in the world, Church and Priests’ Federation?

How do I want to live in all this as a Federation priest?

What does God want with it all?

The loss of solidarity, loss of a home, fear, insecurity, fragmentation, injustice, manipulation, the accrual of decisions in the world and Church, as well as a lack of interest in the question of God, which was noticed against this background, brought us to take a look at the breakthroughs of new life: the Rally of “Together for Europe” in Munich, Pope Francis, ecumenism. Someone summarised his perception as the tension between “inhumanity and mercy”. The situation of the Priests’ Federation in Germany, the Czech Republic, Portugal and Switzerland was looked at very objectively, with joyful amazement and gratitude for the worldwide development – in Africa and India, in South America and the Caribbean. There is a course of candidates with five young priests in Germany/Czech Republic, which has just found a highly topical and dynamic course ideal, and is a special reason for joy and hope. From looking at the reality, various new points of special emphasis arise which the Priests’ Federation has settled on: pastoral work before administration in the parishes, the celebration of the Eucharist as the source of joy, the balance between work, prayer and free time, the solidarity of the baptised, the ideal of being a pioneer and our Father’s image of the Church, and above all, joy in the federal structure of the Federation and in “being Federation”.

In the process, the question of the attachment to a place and the global networking structure of the Priests’ Federation as one of the Federation communities in Schoenstatt was touched upon. It had been the subject for the international meeting of delegates in Bujumbura, Burundi, in August this year. There we took a look at the new structure of the world, the new cultural configuration, the new type of horizontal ties, more co-responsibility and more co-decision, as Fr Kentenich envisaged it early on and proclaimed more strongly in Dachau. Someone put it something like this, “The Federation is something like the UNO, only it functions because all want this “UNO” and imbue it with soul, not in a mechanical way; it has formed on account of the free and federal amalgamation of the countries (Regions). That is why the Federation does not have an international government in the traditional sense, but a committee of the leaders of Regions form a sort of international General Secretariat that looks for a “Secretary General”, who carries out a number of tasks and represents the Federation in the General Presidium. The real greatness of the Federation is and remains the autonomous Region. That’s when the real joy arises, joy in the Federation!

And now go out!

On Monday afternoon there was a tour of the unexpected construction site in the Marienau. For quite some time there has been a working group in the Priests’ Federation concerned with the “Long term future of the Marienau”. These discussions have now been speeded up by the flooding and damage to the lower floor. The complete renovation of the lower floor, which has now become necessary, and its effect on the accommodation of guests only on the first floor, confirmed once more what was perhaps not envisaged or possible to this extent.

We then began searching for the motto for the year. The banner with the motto of the German Schoenstatt Movement “Covenant Culture – he joined them and walked with them” was not just physically present in the room. However, other elements also appeared: Courage and federal living, covenant culture and coping with tensions, covenant with our Father, pendulum security, freedom, being pioneers, the ideas of the Reformation, the primacy of life over structures, his explanation of meaning after something has died. The Priests’ Federation in Germany, Switzerland, the Czech Republic and Portugal then emphasised certain points and said: Covenant Culture – Let us go with him with great confidence.

In the morning of 25 October those attending the regional conference gathered in the Church of the Blessed Trinity, and celebrated a solemn High Mass surrounding the altar where Fr Kentenich celebrated his last Holy Mass. It recalled somewhat the very special atmosphere in monasteries for men in which the priests gathered in their liturgical vestments for Divine Office. A united, pious, joyful and priestly community. As such this community of priest went to Fr Kentenich’s tomb and from there into the world and Church they had looked at so intensively.

Covenant culture, Let us go with him with great confidence. 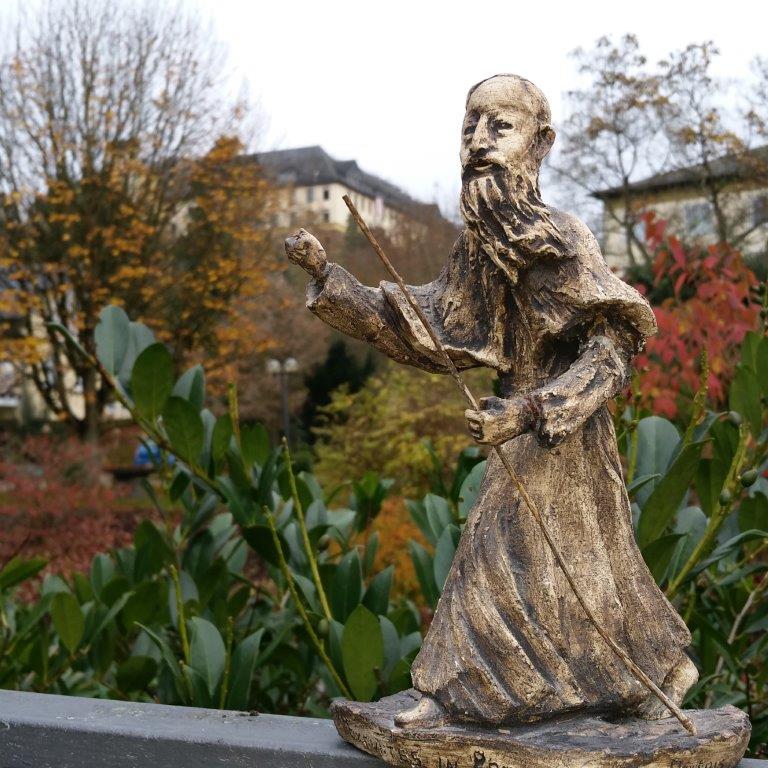