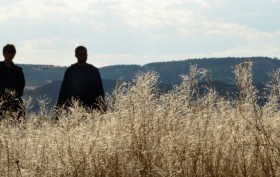 Posted On 26.04.2015In Communication, Schoenstatt - Reaching out

ACIpress • A group of youths of the Madrid (Spain) Schoenstatt Movement has taken the life of “Three Religious Rebels” to the big screen; it is a novel that relates the renewal of the Cistercian Order on behalf of Saints Roberto de Molesmes, Alberico and Esteban who struggled to recuperate the poverty, simplicity and austerity of early monastic time, confronting misunderstanding from the other the monasteries. The movie is an adaptation of the book with the same title by M. Rayond, and in it the director, Aleix Forcada, affirms thatRead More 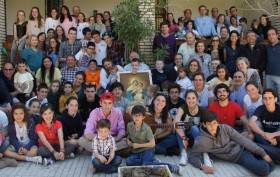 By Bárbara de Francheschi, Madrid • Peñarroya-Pueblonuevo is a place in Córdoba, Spain, bordering on Extremadura. Its river, Guadiato, irrigates the feet of the Sierra Morena Mountains, which are seen in the distance and are green in springtime. Great pastures border the town, and these pastures are filled with centuries old oak and olive trees in which partridges and all types of birds cohabit and nest in an almost Mediterranean climate with mild winters and summers that are not too warm compared to the rest of the Córdoba province. “CórdobaRead More
«‹456