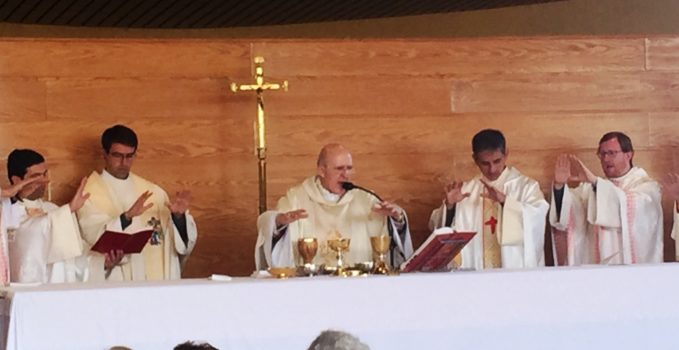 Fr. Eduardo’s ordination to the priesthood: walking with everyone

On 3 November 2018, a young man was ordained as a priest in Pozuelo Schoenstatt Shrine. I have known this young man since he was a boy because he was my son’s friend son who we always called Edu and is now Fr. Eduardo. —

Cardinal D. Carlos Osoro ordained him, and in his very personal homily, he made him see what is now expected of him, to be transparent in Jesus Christ for all men/women, and he insisted on the all without looking at their condition, be it as it may. All men/women are children of God.

But returning to Fr. Eduardo, when I hugged him after the celebration, he asked me to pray for him, and of course I will.

Taking the step he took today took courage the times are very turbulent in society and in the Church. In spite of this, he decided to follow his vocation, and knowing that in difficulties he knows he will not be able to do it alone, he needs all the support of those who surround him especially our prayers.

In conclusion, I remain with the picture of Fr.  Eduardo`s father , and the overflowing joy when he told me about the miracles that God and the Blessed Mother had worked in the life of his son until this day. His testimony of Faith and Love were really impressive. 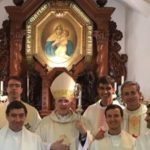 Fr. Eduardo in the Shrine, with the Cardinal and course brothers 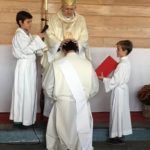 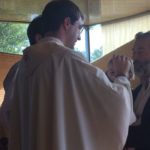 Links to the re-transmission of the priestly ordination and to access other videos: