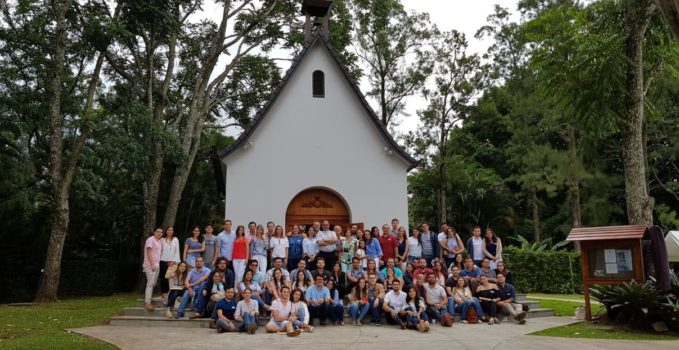 “Times like this one are extremely enriching.” Retreat for Costa Rican engaged couples

The second Retreat for Engaged Couples was held Sunday, 21 October, at the Family of Hope Shrine in San José, Costa Rica. In spite of being in the midst of the rainy season, Divine Providence gave us a splendidly sunny day, providing thirty-three young engaged couples the opportunity to attend Sunday Mass as well as participating in Fr. José Luis Correa’s jointly organized talks. He is the Schoenstatt Movement Adviser in Costa Rica, and for couples that belong to the Engaged Couples Ministry’s Commission that the Movement has placed at the service of the Church in our country. —

The title of the retreat was “I love you just as you are,” and it was oriented in developing the subject referring to expressions of love. Thus the activity had time dedicated to provide time in the shadow of the shrine that allowed these young people to dialogue and to deepen in their relationships. Additionally they could jointly share different dynamics and experiences, focused on serving as a support to strengthen their courtships, and so they could grow in bonding with one another in the light of faith. The event ended by presenting the MTA the mutual desires and commitments resulting from the work the couples accomplished throughout the day.

In the words of Fr. Kentenich, “he who loves, does what gives joy to the beloved,” and it was precisely with that motivation and attitude that all these young people returned to their homes. 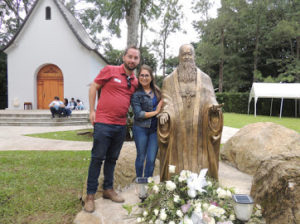 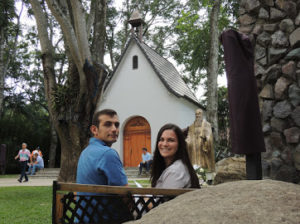 It allowed us to grow as a couple

“The retreat for engaged couples was very beautiful, and we liked it very much because it allowed us to grow as a couple,” said Camila and Gonzalo, who participated for the second time. “We learned that everyone’s language of love is different and sometimes we give what works for one personally, but fail in giving what our partner really wants or needs. We liked that there was a lot of time for the couples to talk and to grow. We had asked for this during a previous retreat, and we are grateful that it was taken into consideration. A testimony that one couple gave us at the beginning of the gathering made it easier to understand the subject because they wove the theory and the five languages of love very well into their practical experience. At the end, it was very special to commit ourselves as a couple and fulfill what the other needs in his language of receiving love. We very much liked the part of taking the heart to the shrine and offering it to the Blessed Mother. Thank you very much for the collaboration of all the couples and the priest because they presented a very beautiful program.  It is not often that engaged couples are taken into consideration for the events of deepening and growth, so thank you for what you are doing!” 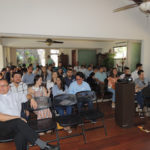 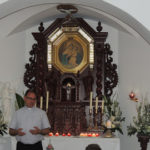 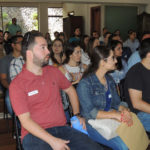 To have all of you as role models is a blessing

“For us, Adri and Marito, it was the second retreat of engaged couples that we had attended. Each one has been very special and enriching, in our relationship as well as individually. Every one of the activities, the talks, and the tests that we carried out have been a great help for this beautiful stage of courtship that we are experiencing.

We believe that communication is one of the fundamental keys in any relationship, and this second retreat has helped us to become aware about several thing that are happening in our courtship, of which we were not aware, thus, we had not talked about them. Moreover we discovered that everyone one of us has a different way of loving, but in the end and after all, both ways are valid of doing it and one is not better than the other. We also have some similarities in our ways of showing love. For example, we consider a hug, a kiss, a compliment, or simply holding hands as more important than any material expression of love.

In conclusion, this retreat has been a great help to us as a couple, to grow as such, to get to know each other better, because despite being an engaged couple for more than two years, we learn new things about each other every day and activities like this have allowed us to do it at a deeper level.

Thank you to Fr. José Luis and the entire team of monitors and couples who were involved in the planning and carrying out of the retreat. Times like this one are really extremely enriching and to have you as role models is a blessing.” 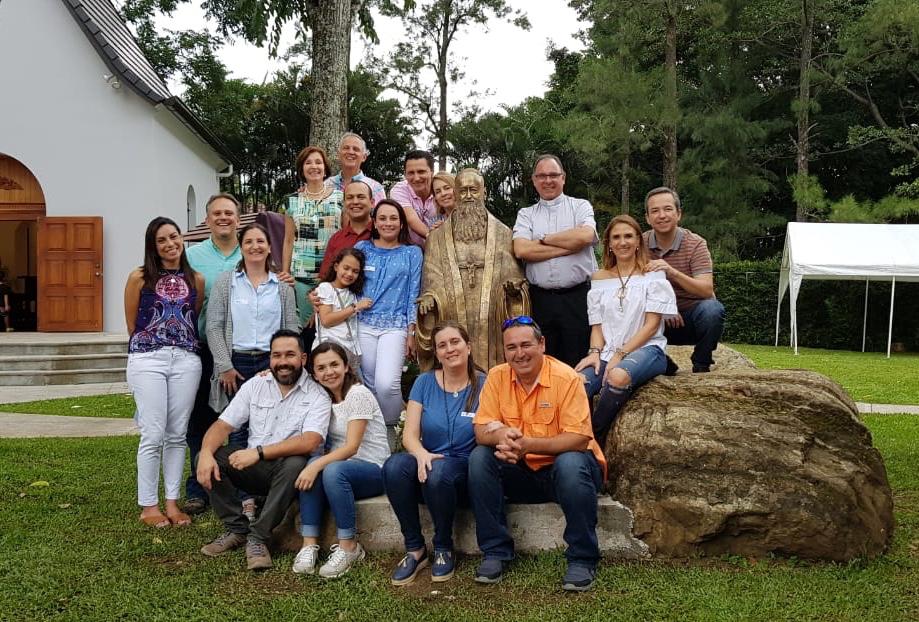